The US military has plans to create genetically modified marine organisms that can be used as underwater spies for the military. Fantastic as this idea may seem, the Pentagon’s research arm, DARPA (or Defense Advanced Research Projects Agency), has actually launched a new program that aims to tap into the “natural sensing capabilities” of marine organisms, who are highly attuned to their surroundings, to track enemy traffic undersea.

The project out of DARPA’s Biological Technologies Office, called the Persistent Aquatic Living Sensors (PALS) program hopes to use everything from bacteria to large fish to find underwater vehicles by recording the creatures’ natural reactions to these vehicles and sending the data to an outside base.

A recent press release about the program said it would “study natural and modified organisms (emphasis added) to determine which ones could best support sensor systems that detect the movement of manned and unmanned underwater vehicles.”

– Trash in the Great Pacific Garbage Patch Has Quadrupled, Maybe Even 16-upled:

The Great Pacific Garbage Patch is getting denser. The enormous plastic soup floating in the vast North Pacific spans more than 617,000 square miles (1.6 million square kilometers), and its density is now between four and 16 times greater than previous estimates, scientists have found.

Researchers made the discovery by looking at the accumulation of plastic trash in the Pacific between California and Hawaii. They found that the patch has more than 87,000 tons (79,000 metric tons) of plastic in it. That equates to 1.8 trillion pieces of plastic, or roughly 250 pieces for every person on the planet, the researchers said.

The researchers also looked at the size of the plastics in the water. While debris larger than 2 inches (5 centimeters) across accounted for more than 75 percent of the total weight of the plastics, there were far more microplastics, which represented the majority of the 1.8 trillion pieces inside the patch, said Laurent Lebreton, the lead researcher of the Ocean Cleanup Foundation and the lead author of the study. The foundation aims to develop technologies that can extract the plastic from the garbage patch. 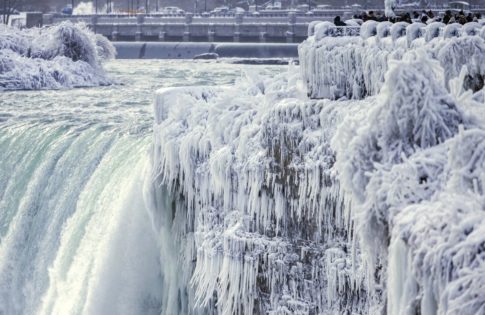 America is experiencing one of the coldest weekends of the year as Niagara Falls has frozen over and sharks are freezing to death in the Atlantic.

The US is currently gripped by an arctic blast of air that has kept temperatures below freezing and brought record cold to some spots.

A huge swathe of the country is facing numbing cold as forecasters warn New Year’s revelers from Memphis to Maine to expect freezing conditions on Sunday.

Authorities are warning revelers in New York City that it could be one of the coldest New Year’s Eve ball drops on record while in Boston the weather has cracked railway tracks, causing chaos for commuters.

AP, Nov 26, 2017: Japan is poised to flood the Pacific with one million tons of nuclear water contaminated by the Fukushima power plant… The Japanese government is being urged by experts to gradually release radioactive water in to the Pacific Ocean… The water is stored on site in around 900 large and densely packed tanks and could spill should another major disaster strike. The government has been urged to release the water into the ocean… Local fishermen are extremely hesitant to this solution… Fumio Haga, a drag-net fisherman, said: ‘People would shun Fukushima fish again as soon as the water is released.’…

The California Department of Fish and Wildlife isn’t dedicating any funding toward determining the cause, says resources are needed elsewhere 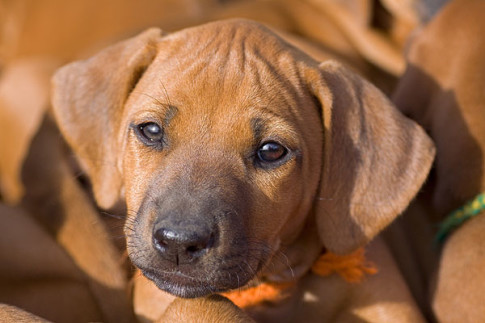 – Fukushima’s radioactive water to be released into ocean under new plan:

The “decision has already been made” to release radioactive material from the Fukushima plant into the ocean, according to its owners. Fishermen have reacted with fury to the decision, claiming it will devastate their already struggling industry.

Under the plan the radioactive material tritium, which is being used to cool reactors whose cooling systems were damaged in the 2011 tsunami, will be released into the Pacific Ocean.

“I’m very sorry that Tepco has been prolonging making a decision,” the new chairman of Tokyo Electric Power Company Holdings (TEPCO) Takashi Kawamura told reporters on Thursday, reported Reuters. “We could have decided much earlier, and that is Tepco’s responsibility.” 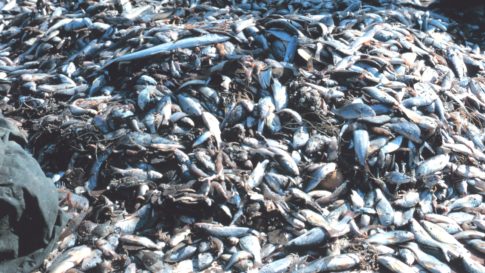 – A Staggering Amount Of Fish Is Wasted Each Year:

New research shows that industrial fisheries are responsible for dumping nearly 10 million tonnes of perfectly good fish back into the ocean each year — enough to fill 4500 Olympic-sized swimming pools. This news comes at a time when nearly 90 per cent of the world’s fish stocks are threatened by overfishing. 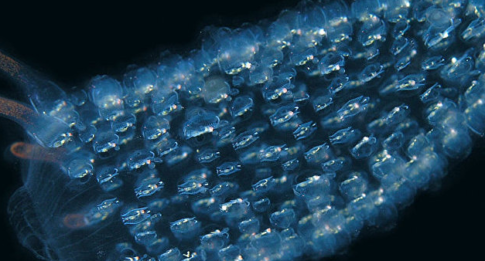 Colonies of fluorescent tropical animals, detected recently off the west coast of the continental US, are rapidly expanding for unknown reasons. These creatures are social as they can exchange light signals with each other and in between their colonies, but overall there is little known about them, and what happens next is a mystery, too.

Kristian Rouz — Scientists have encountered a bizarre phenomenon in the waters along the US West Coast they are working on finding an explanation for. Despite lower water temperatures in the first half of this year, glowing tropical sea animals called pyrosomes, or “fire bodies”, have appeared in enormous quantities off the coast of Oregon and Alaska, primarily, which might have serious consequences for the sea life in the region.