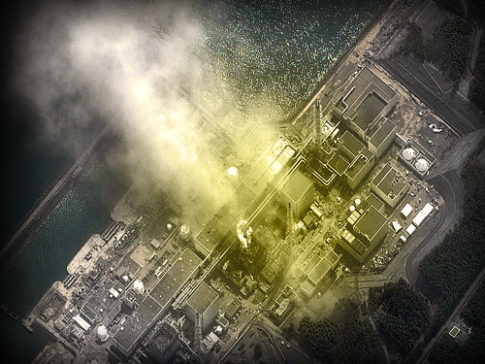 – “Barrier Is Not Holding” at Fukushima Plant:

All efforts have failed to stop very high levels of radioactive materials flowing into the Pacific ocean.

TEPCO and the Japanese authorities are running out of ‘solutions’ for the containment of the highly radioactive water that continues to accumulate at the stricken plant.

Tepco unable to halt tainted water flowing… from the No. 2 reactor building to underground tunnels at [Fukushima Daiichi,] officials said. Tepco has injected cement… but water levels suggest the effort has remained unsuccessful… The company began the cement injections after failing to create an “ice wall”… Tepco pumped 200 tons of tainted water out of the tunnels Monday… [If] completely sealed, water levels would have fallen roughly 80 cm [yet levels only dropped 20 cm], the officials said, indicating the possibility that contaminated water is still flowing into the tunnels. The officials also noted the possibility that groundwater may be flowing into the tunnels. However… the amount of radioactive materials in the tunnel water is very high, an official in the Nuclear Regulation Authority said. “Concentrations should have been lower if large amounts of groundwater are really flowing in” (source)

Fukushima is a disaster of biblical proportions, yet it’s rarely mentioned. The idea that keeping quiet about it will make it go away is one that only politicians and their buddies in the mainstream media could have come up with. As the Pacific Ocean, and all the life within it, becomes toxic, the ultimate effects on the food chain will be enormous.

2.6 billion people rely on the oceans to provide them with their primary source of protein and marine industries employ over 200 million people worldwide. (source) Those who favor Agenda 21 must be rubbing their hands together with glee at the mere thought of the ultimate death toll. Add in the knock on effect of the food chain disruption, cancer and sterility and you have the perfect recipe for massive depopulation.