Even if it would double its deliveries it would still be overvalued by 90%!https://t.co/Fhu1YFVsqL#Cars #Investing pic.twitter.com/qyPLpqtJDb 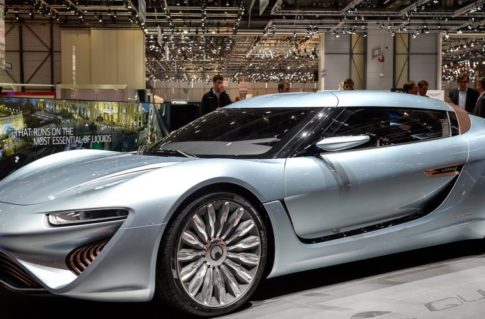 It works just like a hydrogen fuel cell except that the liquid used for storing energy is saltwater. This isn’t far from the water powered car, an idea labelled as a conspiracy by many despite the massive amount of evidence behind it. You can read more about that here.

In this case (saltwater) the liquid passes through a membrane in between the two tanks, creating an electric charge. This electricity is then stored and distributed by super capacitors. The four electric motors in the car are fed electricity which makes it run. The car carries the water in two 200-litre tanks, which in one sitting will allow drivers to travel up to 373 miles (600km). Overall, the four-seater is 5.25 metres (0.4ft) long, 2.2 metres wide (7.2ft), the 1.35 metre (4.4ft).

“After making its debut at the 2014 Geneva Motor Show (pictured) in March, the saltwater technology has now been certified for use on European roads.” (source)

Nanoflowcell AG is the company behind the design, and they are currently preparing the technology for mass production.

‘We’ve got major plans, and not just within the automobile industry. The potential of the NanoFlowcell is much greater, especially in terms of domestic energy supplies as well as in maritime, rail and aviation technology”  – NanoFlowcell AG Chairman of the Board Professor Jens-Peter Ellermann.

Less than two months after a self-driving Uber vehicle struck and killed a pedestrian in Tempe, Arizona; local news stations are reporting that a Waymo minivan in autonomous mode was involved in a crash in Chandler, Arizona.

The rising cost of commodities, combined with the end of a bubble in the automobile sector, are taking tolls on automobile companies and forcing drastic restructurings at major US automakers like Ford. 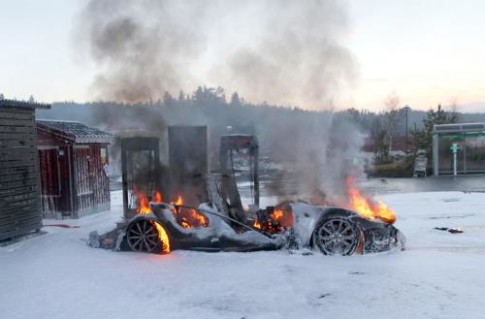 – The Other Chart Elon Musk Doesn’t Want You To See

– Where Volkswagen Cars Go To Die:

An aging football stadium in Michigan. A decrepit paper mill in Minnesota. A sun-bleached patch of desert in California.

These are the lots where Volkswagen is storing the hundreds of thousands of diesel vehicles that included software to help them cheat US emissions testing as the company races to buyback a huge chunk of its inventory ahead of a deadline agreed to as part of its settlement with the US government, per Reuters.

Under the terms of its landmark settlement with the US government, if 85% of the 500,000 cars VW promised to repurchase haven’t been bought back or fixed by then, the company will face higher punitive payments. 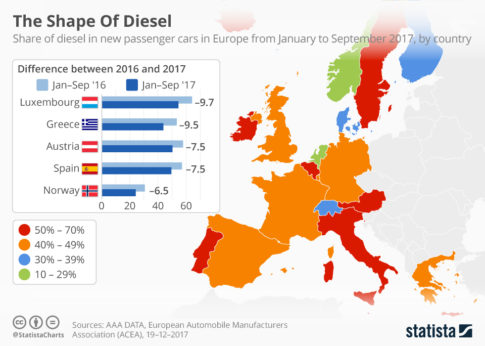 From April 1: Online monitoring in the car – new cars must be equipped with eSIM cards

From 1 April 2018 all new cars must be equipped with eSIM cards. A new car turns into a rolling data center … and in 2015, Jim Farley, vice president at Ford, said, “We know every driver who breaks traffic rules, and because GPS is in the cars, we know where and how someone does it . “

From 1 April, all new cars must be equipped with electronic SIM cards. Behind this is the good intention to be reached faster in case of accidents by the rescue services.