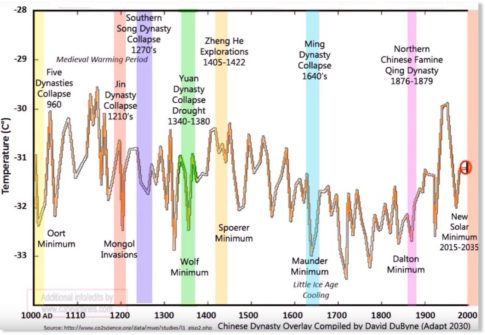 South African Drought Slams Everything From Grapes to Lambshttps://t.co/Pw585J4Xht

At the end of April 2017, just 6 percent of the United States was afflicted by drought, the lowest level in 17 years of analysis by the U.S. Drought Monitor. That’s a substantial turnaround from a few years ago, when long and short term droughts spread across much of the nation.

The news marks a downward trend from mid-2011, when many areas of the country began to experience drier-than-average weather. That summer, a headline in the U.S. Drought Monitor read: “‘Exceptional drought’ record for United States set in July.” By July 12, almost 12 percent of the contiguous United States was in an “exceptional” drought—including states as far flung as Oklahoma, New Mexico, and Florida.

– Friday Funny: In California, ‘children just aren’t going to know what drought is’

– Conspiracy FACT: The end of the California Orange

I lived in the San Joaquin valley, and saw this myself: CALIFORNIA HAS NO DROUGHT, IT IS A HOAX. THE ISRAELI CONTROLLED FEDERAL GOVERNMENT DRAINED THE DAMS ON PURPOSE TO KILL THE SAN JOAQUIN VALLEY AND ARE FRONTING AN INTENTIONAL CATASTROPHE CAUSED BY DRAINING THE DAMS AS SOMETHING NATURAL. THERE HAS BEEN NO SIGNIFICANT DROUGHT, THE FOLLOWING PROVES IT:

The following photos are absolute proof they drained the dams on purpose, causing severe flooding and NEVER gave california growers a SINGLE DROP for the sole purpose of killing all the orange orchards, grape vineyards and almond groves. It is important to note that with any war effort waged by the usurpers of a conquored government, that fake documentation will be produced by the government to support the lie. That is when you have to use photos to prove that the documents, which show a drought and reduced out flows, are fake.

With over 10 feet of snow falling in the last weeks in California and Colorado, ski resorts closed from too much snow, highways completely cut off and with one storm, California filled all of its reservoirs again. So much for the doom and gloom of the IPCC telling us the drought would intensify due to CO2 warming and Gore told us our children would never know what snow is again.

Scientists can’t get this N. Hemisphere‘s brutal winter forecast correct, yet we should believe 100 years Forecasts (290)
The Massive Amount of Snow in Colorado must be Seen to be Believed http://www.weathernationtv.com/news/m…
Ski resorts closed too much snow http://mashable.com/2017/01/11/tahoe-…
California freeway closed for two days due to snow https://www.iceagenow.info/california…

A megadrought lasting decades is 99 percent certain to hit the region this century, said scientists from the NASA Goddard Institute for Space Studies. “Historically, megadroughts were extremely rare phenomena occurring only once or twice per millennium,” the report states. “According to our analysis of modeled responses to increased GHGs, these events could become commonplace if climate change goes unabated.“