– Step Aside Detroit: There Is A New “Worst” City For Housing In The U.S.

“They don’t understand the treacherous path they are going down. God knows where this is going. It’s very dangerous and could be disastrous.” 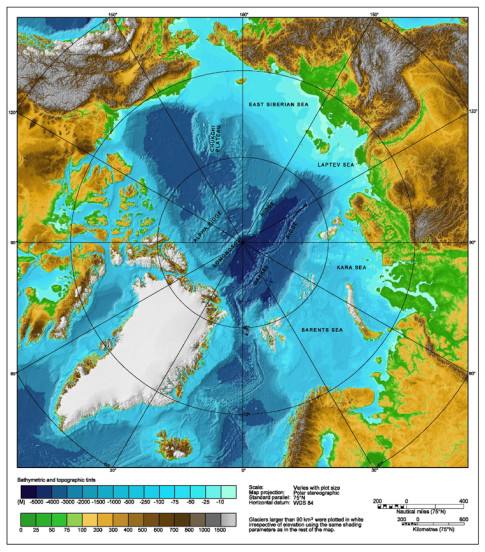 – Forget Glencore: This Is The Real “Systemic Risk” Among The Commodity Traders

– Why the Taliban takeover of Kunduz is a big deal

– Edward Snowden Joins Twitter: “Can You Hear Me Now?”

– UBS Is About To Blow The Cover On A Massive Gold-Rigging Scandal:

Unlike previous gold probe cases, this one will have major consequences. How do we know? Because just like in LIBOR-gate, just like in FX-gate, it is the biggest rat of all, Swiss megabank UBS, that is about to turn on its former criminal peers.  As Bloomberg reported earlier “UBS was granted conditional leniency in Swiss antitrust probe of possible manipulation of precious metal prices.” Why would UBS do this? The same reason UBS did so on at least on two prior occasions: the regulators have definitive proof it is involved, and gave it the option to turn evidence and to rat out its cartel peers, or face even more massive financial penalties. UBS, as usual, choice the former.

– Glencore Implodes: Stock Plunges Most Ever, CDS Blow Out To Record Up On Equity Wipeout Fears:

Those who listened to our reco to buy Glencore CDS at 170 bps in March 2014 can take the rest of the year off. As of this moment, GLEN Credit Default Swap were pushing on 600 bps, 4 times wider, and on pace to take out the 2011 liquidity crunch highs. After that, it’s smooth sailing to all time wides and the start of a self-fulfilling prophecy which leads to the Companys’s IG downgrade and the collapse of trillions in derivative notionals as what may be the trading desk of the biggest commodity counterparty quietly goes out of business.

Glencore is in total free-fall across all markets today. Most worrying for systemic risk concerns is the rush into credit protection that has occurred, as counterparties attempt to hedge their exposures. Forthe first time since 2009, Glencore CDS are being quoted with upfront pricing (something that happens as firms become seriously distressed). Based on the latest data, it costs 875bps per year (or 14% upfront) to buy protection against a Glencore default (which implies – given standard recoveries – a 54% chance of default).

New York Governor Andrew Cuomo renewed his call for national gun control legislation on Saturday as he delivered a eulogy for the top state attorney who was fatally wounded by a stray bullet in Brooklyn earlier this month.

State officials and family members gathered at Brooklyn’s Emmanuel Baptist Church in a private service for Carey Gabay, 43, who was struck in the head at a pre-dawn outdoor celebration on Sept. 7 before the annual West Indian Day parade, an event plagued by violence in recent years.

27 Sep 2015 –  According to Provincial Airlines and Aerospace Meteorologist Brian Walsh, it was only the second time on record since 1874 that snow was recorded in St. John’s in the month of September.

According to Janet Yellen, we are still on pace to raise rates in 2015. While the rate hike was supposed to happen this month, it got derailed by the August market selloff, volatility in China, lackluster work force numbers, and a variety of other factors.

Despite the Fed continuing to kick this down the road, they continue to claim that we are in the middle of an ongoing recovery. There’s just one problem with that: things are getting worse than pre-crisis levels for millions of the poorest Americans.

– NASA ends cover-up and finally admits water flows on Mars… but still won’t admit to proof of life on the red planet, known as a fact since 1976

And there’s still a lot of snow left in the mountains from last winter.

– The Average American Worker Earns Less Today Than 40 Years Ago:

Because most everything we buy gets more expensive over time, we have to earn more money each year just to maintain our existing standard of living. When we’re not given raises that keep up with this rate of inflation, we’re effectively suffering a pay cut.

On Sunday, France proudly announced that it had launched its first strikes against ISIS targets in Syria. Here’s The New York Times:

At a news conference in New York, where he had arrived for the United Nations General Assembly, Mr. Hollande said that the warplanes had attacked the training camp in eastern Syria after it had been identified by French air surveillance with help from the coalition of Western and Middle Eastern states conducting the air campaign against the Islamic State, also known as ISIS, ISIL or Daesh.

– Murder, Mayhem and Rape in Afghanistan: Made in the U.S.A.:

“The Kite Runner,” Khaled Hosseini’s 2003 novel, featured a pivotal and highly controversial scene in which one of the young male protagonists is raped by an older youth. That harrowing section of the best-selling book highlighted the rampant sexual abuse of children in Afghanistan. Now, a revelation—even more horrifying—has implicated real-life U.S. soldiers serving in that country. The New York Times on Sunday reported how troops have been instructed to condone the routine rape of Afghan children by our warlord allies. The story is a cringe-inducing example of how corrupt our war in Afghanistan has been.

So rampant is the phenomenon of child rape by Afghan military commanders that it has a name: bacha bazi, which translates into “boy-play.” In some cases, rapes have taken place on U.S. military bases under the noses of American soldiers. But U.S. troops were told to look the other way because Washington considers the rapists’ help in fighting the Taliban central to its military strategy. Consequently, according to the Times, “instead of weeding out pedophiles, the American military was arming them in some cases and placing them as the commanders of village—and doing little when they began abusing children.” The hypocrisy of arming human rights violators against the purportedly violent Taliban did not escape the notice of some U.S. troops who attempted to speak out but encountered retaliation.

When confronted with the revelations, the top brass of the U.S. military justified its apparent policy of excusing child rape among allied commanders. Spokesman Col. Brian Tribus, who is stationed in Afghanistan, told the Times, “Generally, allegations of child sexual abuse by Afghan military or police personnel would be a matter of domestic Afghan criminal law,” and that U.S. troops are not obligated to even report the crimes. “An exception, he said, is when rape is being used as a weapon of war.” Strangely, the rape of Afghan children by our warlord friends is not considered a weapon of war, even though the victims are the most vulnerable members of the Afghan public that the U.S. has claimed to protect in the longest war it has ever waged.

Read moreMurder, Mayhem and Rape in Afghanistan: Made in the U.S.A. 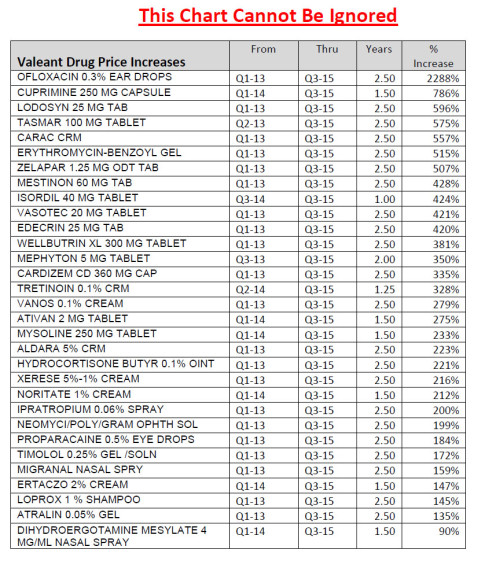 – Dear Martin Shkreli: This Is How You Hike Drug Prices 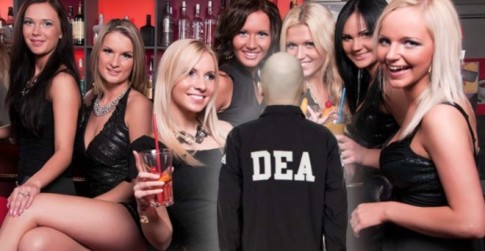 The U.S. Drug Enforcement Administration has allowed its employees to stay on the job despite internal investigations that found they had distributed drugs, lied to the authorities or committed other serious misconduct, newly disclosed records show.

Lawmakers expressed dismay this year that the drug agency had not fired agents who investigators found attended “sex parties” with prostitutes paid with drug cartel money while they were on assignment in Colombia.

Of the 50 employees the DEA’s Board of Professional Conduct recommended be fired following misconduct investigations opened since 2010, only 13 were actually terminated, the records show. And the drug agency was forced to take some of them back after a federal appeals board intervened.