And it will get worse, much worse (after the planned financial collapse)… 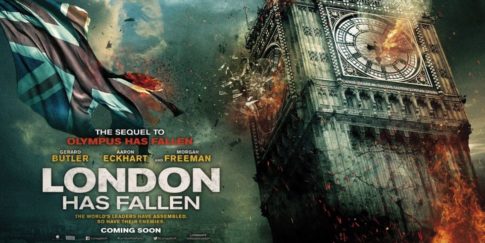 – London murder rate is HIGHER than New York’s for the first time ever after TWELVE killings in just 19 days: 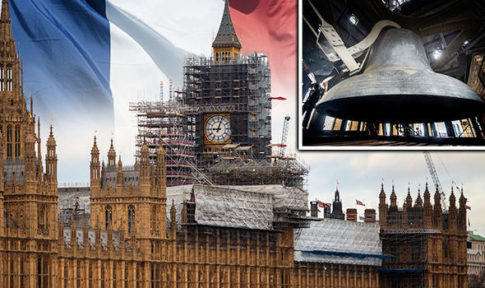 – Le BONGS! Britain’s legendary Big Ben to be renovated by the FRENCH:

BIG BEN, London’ iconic symbol of Britishness, has fallen into the hands of the French – with the legendary bell being fixed on the other side of the Channel.

Big Ben – which is the bell itself rather than the Elizabeth Tower with which it is often confused – fell silent on August 21 last year as part of a major refurbishment and conservation work at the Palace of Westminster.The 13.5 ton Great Bell had been ringing every 15 minutes since May 31 1859, but early in the bell’s life a crack developed in the cast iron.

The bell was revolved and a lighter hammer mechanism fitted and the Big Ben continued to ring out almost without pause until late last year.

Now it has been revealed the majestic bell is to finally be fixed – by FRENCH Bell makers. 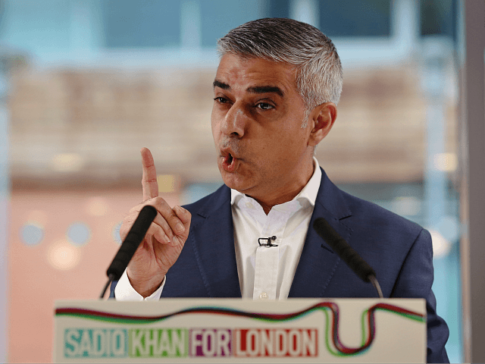 – Sh*thole Watch: Knife Crime Epidemic in Sadiq Khan’s London Will ‘Get Worse Before It Gets Better’:

The head of a leading knife crime charity has predicted that violence in Sadiq Khan’s London will get worse before it gets better, as a crime wave in the capital claimed its eighth life in seven days.

Since March 14th, five people have been stabbed to death in the British capital, one shot dead, and one shot and stabbed, the Evening Standard reports.

“I think what we have just seen in the last 24 or 48 hours confirms that we are in a crisis in relation to the amount of crime – and, sadly, there is no quick fix for this,” observed Patrick Green, CEO of the Ben Kinsella Trust, which is named after a 16-year-old teen who was stabbed to death by three black youths after they decided one of his friends had given them a funny look.

Read moreSh*thole Watch: Knife Crime Epidemic in Sadiq Khan’s London Will ‘Get Worse Before It Gets Better’

– London house prices falling at fastest pace since 2009
– Values fell by 2.6% in year through January
– London house prices likely to be weakest in UK over next five years
– Inflated prices make London property more exposed to economic and political shocks
– Worries over house prices are having a knock-on effect in wider economy
– Physical gold to act as much needed hedge against falling property prices

A new study by Acadata as covered by Bloomberg has found house prices in London are falling at their fastest pace since 2009. In the year through to January, London house prices have fallen by 2.6%. In the Greater London area they are down 0.8% in the last month alone.

Excluding London and the South West, annual house prices for the UK grew 2.5%. For estate agents this is a sign that the market is moving to meet the demands of buyers. For outsiders it may well look like the calm before the storm.

London is the capital of the UK and has experienced significantly higher inflation than other areas when it comes to property prices. This means it is bound to be more vulnerable to both political and economic factors. But, these same factors will still apply to areas outside of London, the ripples just haven’t spread that far.

Demand in London has been dampened initially thanks to increased stamp duty, a tax change for landlords and loan limits in Singapore. But it is increased interest rates and the Brexit-effect that are having the greatest impact and will continue to do so over the long-run. This is particularly the case for Brexit, for as long as the outcome remains uncertain.

The UK’s obsession with house prices puts home owners in jeopardy when it comes to changes in both monetary and political. They are extremely exposed to the housing market which was worth a record £6.8trillion (3.7 times more than the country’s GDP) at the start of 2017. In 2001, the housing stock was worth just 1.6 times more than GDP.

Whilst the house price crunch is reportedly only happening in London and the outskirts, in the UK the repercussions are being felt everywhere. A report by Visa has found that last month consumer spending, fell for the ninth month in the last 10. This suggests that Brits are worried about a collapse in house prices.

We’re very proud of our house values here in the UK. There comes a huge ‘wealth effect’ from owning property; as property values rise so does spending and ultimately GDP. The impact of a declining wealth effect could be disastrous for the economy.

This seems strange given an increase in house prices is really quite meaningless when one thinks about it. You might be overjoyed that your family house has gone up 300% but what can you do about it? Increase the mortgage? Ok, so now you’re in more debt. Sell the house? Ok, but where will you live that hasn’t experienced a similar climb?

This is the myth that so many Brits fall for. The London data and spending figures suggests that soon many will be waking up to the scam they’ve all fallen for, realising the ‘wealth effect’ means very little when a major economic downturn is on its way.

Britons have been sold a big bottle of snake oil when it comes to property markets. Unlike our European contemporaries we are brought up from a very early age that owning our own home is a badge of honour, the seal of adulthood if you will.

This hasn’t always been the case. At the turn of the 20th Century just 23% of Brits owned their own home, fast forward over one hundred years and only 35% of us rent. This is in significant contrast to the likes of France where rental conditions mean many do not feel the need to do a deal with the devil that is a life time of debt.  It is not surprising then to learn that Britons are amongst the most indebted in Europe, so sure are we that agreeing to many hundreds of thousands of pounds in debt is the right thing to do.

We are, according to Wolf Richter, the eighth most indebted country in the world when it comes to household debt. As Richter points out, all of those in the top ten are ‘The countries with highly indebted households, so the top of the list, are mostly countries were central-bank policy rates are very low or even negative, and where mortgage rates are super low.’

A 2017 report by the National Institute of Economic and Social Research found that our obsession with owning our own property is costing us our future wealth security. It concluded that mortgage holders should expect their private pension income to be around 15% per year lower than it should be.

Given the increase in housing stock value relative to GDP it is clear the reliance the British economy and public have on the property market. The wealth effect generated from higher house prices is something that is pumped up by politicians, incredibly irresponsibly.

The fall in London house prices is likely a warning shot before prices begin to fall elsewhere. Policy makers and the government should pay close attention. This will prove to be a lesson in how pumped up asset prices and low interest rates are no way to support a growing economy.

How can you hedge your own home?

Reading this is should do more than just provide you with good fodder for the next dinner party conversation. It should be making you realise how exposed the British economy is to falling house prices.

A fall in prices does not just mean that property is finally affordable. It means thousands of people will face negative equity, industries such as home builders will collapse and consumer spending will fall. All this against a backdrop of increased interest rates, rising inflation and uncertainty over Brexit.

Usually one might consider selling a depreciating asset but that’s impossible when it’s your home. And don’t think you’re in the clear if you rent or have other arrangements. Exposure to a potential property crisis does not just come about if you own or rent a property.

All investors, savers and consumers are exposed, as we all have dependencies on the UK banking, financial and economic systems. All of which will be vulnerable as prices fall.

Luckily, gold will likely act as a hedge against falling asset prices. It’s lack of correlation to other assets and counter cyclical nature, should see it again act as a good hedge in a downturn or indeed a much-dreaded property crash.

This won’t happen tomorrow, so you have time to diversify and decide on a reasonable allocation to gold bullion. When choosing to invest in bullion choose to own physical gold coins and bars held in allocated and segregated storage in safer, less economically uncertain jurisdictions. The tax treatment of different types of gold investment should also be considered as certain formats can be capital gains tax (CGT) free, making them much more attractive to companies, investors and pension owners.

“Reality check or a sign of something we predicted?”

Judge Angela Morris issued the warning as she jailed Jordan Clarke, 20, and Eddy Mombele, 24, for attacks on three schoolboys at the parade using a 12-inch ‘zombie’ knife.