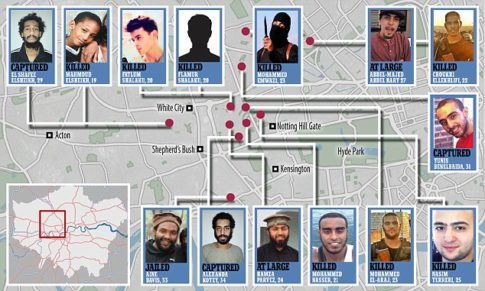 – Meet the ‘Westway Warriors’: At least 14 ISIS fighters who were recruited from a few streets in west London:

A leader of the British jihadis dubbed the ‘Beatles’ is suspected of radicalising at least 12 men in just over two square miles of the capital.

The Islamic State fighter could have recruited other fundamentalists in West London to wage religious warfare in Syria and Iraq.

At least 14 fighters are thought to have been recruited to the terrorist group while living in streets either side of the A40 Westway flyover.