As every Olympic athlete knows, size matters. The London 2012 medals are the largest ever in terms of both weight and diameter – almost double the medals from Beijing. However, just as equally well-known is that quality beats quantity and that is where the current global austerity, coin-clipping, devaluation-fest begins. The 2012 gold is 92.5 percent silver, 6.16 copper and… 1.34 percent gold, with IOC rules specifying that it must contain 550 grams of high-quality silver and a whopping 6 grams of gold. The resulting medallion is worth about $500. For the silver medal, the gold is replaced with more copper, for a $260 bill of materials. The bronze medal is 97 percent copper, 2.5 percent zinc and 0.5 percent tin. Valued at about $3, you might be able to trade one for a bag of chips in Olympic park if you skip the fish. 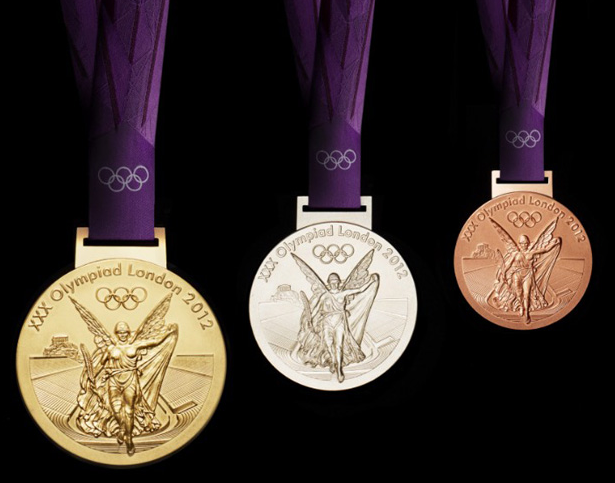 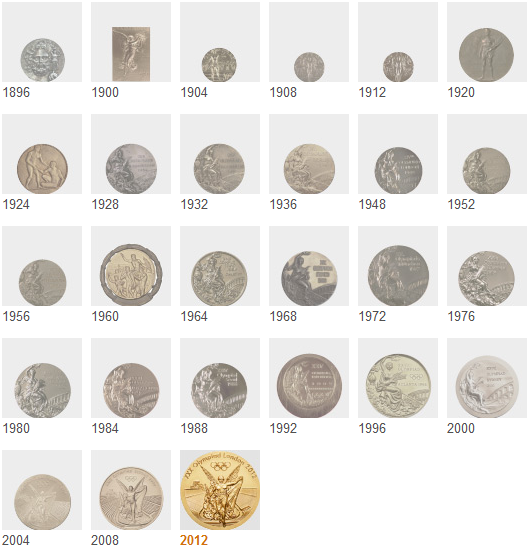 Though Olympic gold is no longer 100 percent gold, a medal can still fetch big money. In 2010, a gold medal worn by Mark Wells, a member of the 1980 “Miracle on Ice” U.S. men’s hockey team, was auctioned off for $310,700. Several years before that, Wells had sold his medal to cover medical expenses. Just before the auction, the medal was valued at $100,000 but it earned three times that amount. Heritage Auctions of Dallas identified the 2010 buyer as a rancher from the western U.S.

The question remains – with the minimum 103 medals expected to be won by US athletes, will Bernanke be forced to reduce the size of NEW QE as ‘all that precious metal is horded and repatriated back to the USA’?