The Republika Srpska’s intention to hold a secessionist referendum in 2018 fits into the 2018/19 #WW3 timeline.https://t.co/hT1W6nHNQ7

Anne Aly has for years been an Islamic supremacist foe of free discourse. In August 2014 I wrote here about her false claims that Islam doesn’t sanction beheading and grants equality of rights to women. Instead of responding on substance, which I understand that she could not really do since I had produced numerous Qur’an verses that rather directly showed her to be lying. So instead she claimed that she had received “hate mail” from Jihad Watch readers; six months later that claim had morphed into death threats. Predictably, that became the story, as dubious as her claims were, not her deceptions.

Now, if she gets her way in Australia, she could just have me arrested — not for the alleged hate mail or death threats, but for my initial post exposing her deceptions. This proposed law clearly would establish Muslims as a protected class, beyond all criticism, which would have the effect of allowing the jihad to advance unimpeded and unopposed.

“Australian MP Wants to Make It Illegal to Cause Religious Offence to Muslims,” by Kieran Corcoran, Heat Street, March 30, 2017 (thanks to Lookmann):

Hitler, like Roosevelt, Churchill and Stalin, was a Freemason and a Rothschild/Illuminati puppet.

He did exactly what they told him to do.

Without financing via the BoE and the US there would have been no Hitler and no WW2.

Trump, Obama, Merkel, May and Putin are Freemasons and Rothschild puppets.

Guess what comes next?

– Brother Nathanael Asks “Who Will Replace Elie Wiesel?”, Advises “Make Sure You Get A Tattoo On Your Forearm!!!” (Video)

My apologies to my readers and friends in Britain, the Netherlands and Germany for posting this, but I cannot NOT post this video.

Alois Irlmaier has been such an exceptional seer, that he should not be ignored.

My intent is clear: If this really has to come to pass, which I hope not, then posting this video has the potential to help saving some lives.

(You may recall that I’ve said before that TPTB’s plan includes to destroy London.)

How Scotland becomes an island according to various seers. One of Stormberger's 'gigantic catastrophes' of #WW3. https://t.co/v4Rc3cSlqJ

European Parliament President Antonio Tajani claims there could be as many as 30 million migrants heading to Europe in the coming years and advocates “refugee cities” as an answer to the crisis.

The European Union (EU) president addressed the migrant crisis and its focus which has shifted sharply to the Mediterranean route from North Africa to his native Italy. Tajani admitted that terror groups like Islamic State have used the migrant crisis to sneak fighters into Europe to commit terror attacks and noted that immigration, terrorism, and the economy were top on his agenda in an interview with German newspaper, Die Welt.

The NYT has outed the Nunes sources, who it claims are Ezra Cohen-Watnick, the senior director for intelligence at the National Security Council, and Michael Ellis, a lawyer who works on national security issues at the White House Counsel’s Office and formerly worked on the staff of the House Intelligence Committee.…

– CBO Warns Of Fiscal Catastrophe As A Result Of Exponential Debt Growth In The U.S.:

“The resulting losses for mutual funds, pension funds, insurance companies, banks, and other holders of government debt might be large enough to cause some financial institutions to fail, creating a fiscal crisis.” 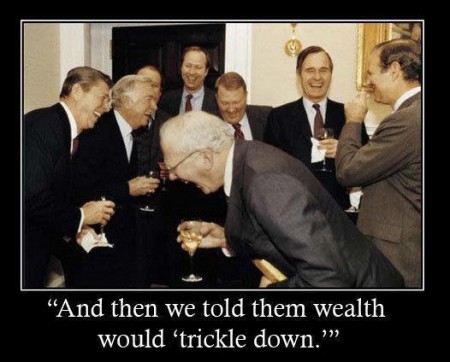 – “Trickle Down” Has Failed; Wealth and Income Have “Trickled Up” to the Top .5%:

Central bank policies have generated a truly unprecedented “trickle-up” of wealth and income to the top .5%.

Over the past 20 years, central banks have run a gigantic real-world experiment called “trickle-down.” The basic idea is Keynesian (i.e. the mystical and comically wrong-headed cargo-cult that has entranced the economics profession for decades): monetary stimulus (lowering interest rates to zero, juicing liquidity, quantitative easing, buying bonds and other assets– otherwise known as free money for financiers) will “trickle down” from banks, financiers and corporations who are getting the nearly free money in whatever quantities they desire to wage earners and the bottom 90% of households.

The results of the experiment are now conclusive: “trickle-down” has failed, miserably, totally, completely.

Read more“Trickle Down” Has Failed; Wealth and Income Have “Trickled Up” to the Top .5%

As all indicators for our Sun and the next solar cycle signaling a grand solar minimum and cooling temperatures as Earth enters a Mini Ice Age, the IPCC will need to explain our cooling world. Here is the excuse they will use a high altitude tethered balloon ice crystal delivery system that is supposed to replicate a volcanic eruption and block out sunlight. The groups from Harvard and funding agencies involved in the project will then take credit for cooling the planet and saving us from global warming. The stage is set, but the “experiment” is $29 Billion, so full implementation will run in the trillions. They will need your money. 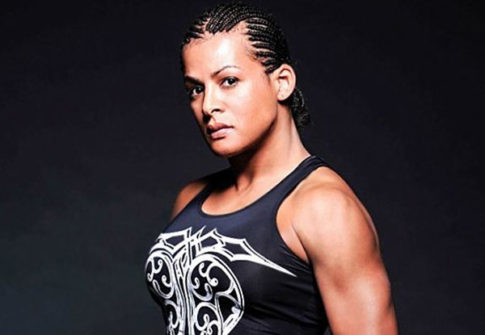 – Female athletes crushed by ‘women who were once men’:

You’ve heard the expression, “Boys will be boys.” But what happens when a brawny boy wants to be one of the girls – fiercely competing with females in weightlifting, brutally tackling girls on the football field or even dealing powerful knockout punches to ladies in a mixed martial-arts cage?

It’s now happening across America and around the world.

– Lies and Coverup of US War Crimes in Syria and Iraq:

Early in his administration, Trump is guilty of horrendous war crimes against humanity in Syria, Iraq and elsewhere – governing lawlessly like his predecessors, escalating aggression, not ending it.

Delegating authority for military operations to Defense Secretary Mattis, National Security Advisor McMaster, Joint Chiefs chairman Dunford and other Pentagon commanders doesn’t shift responsibility of the buck stopping with him on all administration policies, none more serious than waging war.

Read moreStephen Lendman: Lies and Coverup of US War Crimes in Syria and Iraq

– Up to 8 inches of snow for Boston