“Can’t make this up.

Taxpayer set to pay for hiring a private air-force to co-ordinate drug running control to maintain supplies for CIA distribution of illegal drugs to maintain funding for the very same Rothschild owned CIA.”

“The evil bastard who founded Blackwater walks free while his employees get convicted of murder. What it is to be a friend of GW Bush……no consequences…….this should show anyone there is zero difference between the two parties……
Bet this won’t be covered by corporate media.” 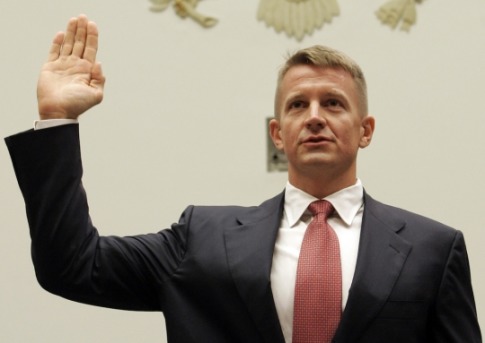 – Blackwater Founder Remains Free and Rich While His Former Employees Go Down on Murder Charges (The Intercept, Oct 22,  2014):

A federal jury in Washington, D.C., returned guilty verdicts against four Blackwater operatives charged with killing more than a dozen Iraqi civilians and wounding scores of others in Baghdad in 2007.

The jury found one guard, Nicholas Slatten, guilty of first-degree murder, while three other guards were found guilty of voluntary manslaughter: Paul Slough, Evan Liberty, and Dustin Heard. The jury is still deliberating on additional charges against the operatives, who faced a combined 33 counts, according to the Associated Press. A fifth Blackwater guard, Jeremy Ridgeway, had already pleaded guilty to lesser charges and cooperated with prosecutors in the case against his former colleagues. The trial lasted ten weeks and the jury has been in deliberations for 28 days. 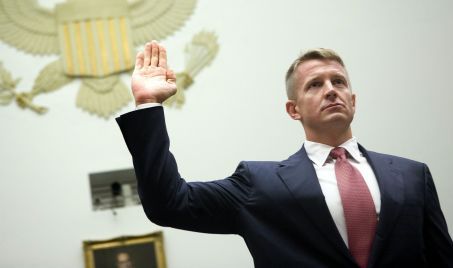