Man Who Sold America the Iraq War Just Warned Iran Is Next, but Is Anyone Listening?https://t.co/Y31h3vxZPK

Fifteen years after the calamitous U.S. invasion of Iraq, an architect of the propaganda used to drum up support for the war is warning that it’s happening again — this time with Iran.

Lawrence Wilkerson, who was chief of staff to former Secretary of State Colin Powell, helped the then-secretary “paint a clear picture that war was the only choice” in his infamous 2003 speech to the U.N. This week, writing for the New York Times — an outlet that, at the time, parroted misleading narratives in support of the war — Wilkerson accused the Trump administration of manipulating evidence and fear-mongering in the same way the Bush administration did to cultivate public support for ousting Saddam Hussein.

In his Monday op-ed, titled “ I Helped Sell the False Choice of War Once. It’s Happening Again,” he wrote:

Read moreMan Who Sold America the Iraq War Just Warned Iran Is Next, but Is Anyone Listening?

Nothing to see here….” 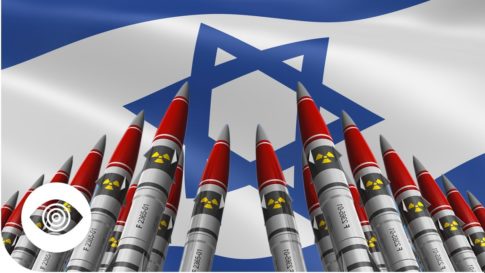 Not only has the State Department ignored Colin Powell’s revelation Israel has two hundred nukes, so has the establishment media.

After DCLeak posted a tranche of Powell emails hacked from the former secretary of state’s personal Gmail account, RT’s Caleb Maupin asked the State Department for comment on Powell’s mention of Israel’s nukes. He was ignored.

Meanwhile, the story has been virtually ignored by the media. The Sun in Britain reported on it, as did The Times of Israel and Haaretz in Israel, but The New York Times and The Washington Post have remained silent.

– Guess Who Colin Powell Is Talking About: He’s “Still Dicking Bimbos At Home”:

– Leaked Emails Show Colin Powell Was Worried About Hillary’s Health Over A Year Ago:

As the Clinton campaign go full court press to spin Hillary as a hard-worker who battled through (non-contagious) pneumonia to hug little kids, it appears the US public will have to assign Colin Powell to the basket of deplorables that question Hillary’s health…

Amid the clusterfuck of emails leaked by Guccifer 2.0 overnight was this little gem. Colin Powell and billionaire mega-donor Jeffrey Leeds discuss Hillary’s health in March 2015…

“Sheldon Whitehouse, who is a huge Clinton supporter, said they were both giving speeches at the same event a few months back and she could barely climb the podium steps,” Leeds wrote.

For years, president Obama’s recurring excuse for the poor performance of the US economy was that it was “Bush’s fault.” It appears that Hillary Clinton took a page out of the playbook when, pressed by the FBI, she told federal investigators that former Secretary of State Colin Powell suggested she use a personal email account, according to a New York Times report.

The account is among the notes the FBI handed over to Congress on Tuesday, relaying in detail the three-and-a-half-hour interview with Mrs. Clinton in early July that led to the decision by James B. Comey, the bureau’s director, not to pursue criminal charges against her. 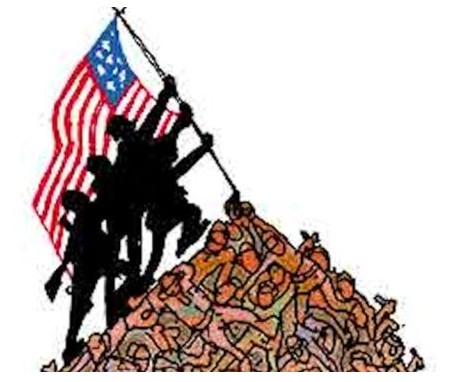 With an election book by a SEAL, real or imaginary, out now, it is time for an honest discussion of “Special Operations” from someone who has actually sat through “mission planning” sessions involving three continents.

Thus far, the quotes I have read, of finding an unidentified old man shot but not dead and then shooting his wounded body repeatedly makes sense.

Any old man would do as lying about who it is can easily be done under cloak of secrecy, like lying about the helicopter crash though photos of the downed “carbon fibre stealth helicopter” were in every paper.

Witness also so crash dead, crew and SEALS. We lied about that too.

Someone may have murdered an old man; we have no idea who neither did they. The whole thing was staged, go somewhere, kill an old man, claim it is Osama bin Laden, move General Petraeus to CIA and he can’t claim he killed bin Laden and run for president.

The whole thing was a political con.

Then, noting from this recent book that SEALS are obsessed with leaking information, we had a record number of SEAL deaths in an air crash in Afghanistan reported soon after, totaling as many dead SEALS as the entire Vietnam War.