Now there is NOTHING left and all those taxpayer looting bailouts and the useless stimulus package made things much worse.

This is the Greatest Depression and the greatest financial collapse in world history is near.

RonPaul: “We don’t even know if they have the Gold there anymore.”

People will not realize the main problem in America until they actually take the time to do some serious research for themselves, but hopefully this video may open that window for you.

The primary cause of loss of liberty is our ever expanding government and it is manifest in the resulting economic situations.

Read moreWhat is happening to America? 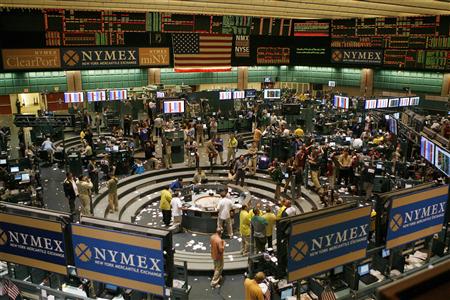 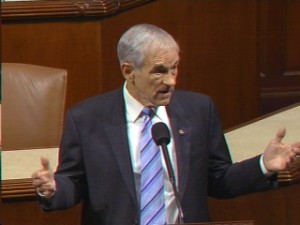 The following statement is written by Congressman Paul about the pending financial disaster.

He will introduce this statement as a special order and insert it into the Congressional Record next week. Fortunately, we have the opportunity to debut it first on the Campaign for Liberty blog. It reads as follows:

I have, for the past 35 years, expressed my grave concern for the future of America. The course we have taken over the past century has threatened our liberties, security and prosperity. In spite of these long-held concerns, I have days-growing more frequent all the time-when I’m convinced the time is now upon us that some Big Events are about to occur. These fast-approaching events will not go unnoticed. They will affect all of us. They will not be limited to just some areas of our country. The world economy and political system will share in the chaos about to be unleashed.

Though the world has long suffered from the senselessness of wars that should have been avoided, my greatest fear is that the course on which we find ourselves will bring even greater conflict and economic suffering to the innocent people of the world-unless we quickly change our ways.

America, with her traditions of free markets and property rights, led the way toward great wealth and progress throughout the world as well as at home. Since we have lost our confidence in the principles of liberty, self reliance, hard work and frugality, and instead took on empire building, financed through inflation and debt, all this has changed. This is indeed frightening and an historic event.

The problem we face is not new in history. Authoritarianism has been around a long time. For centuries, inflation and debt have been used by tyrants to hold power, promote aggression, and provide “bread and circuses” for the people. The notion that a country can afford “guns and butter” with no significant penalty existed even before the 1960s when it became a popular slogan. It was then, though, we were told the Vietnam War and a massive expansion of the welfare state were not problems. The seventies proved that assumption wrong.

Read moreRon Paul: This coming crisis is bigger than the world has ever experienced