In a stunning ruling, US safety regulators have mandated that Fiat Chrysler must offer to buy back from customers more than 500,000 Ram pickup trucks and other vehicles as part of a costly deal with safety regulators to settle legal problems in about two dozen recalls. As WTOP reports, this is the biggest such action in US history, and is in addition to a $105 million civil fine and owners of more than a million older Jeeps with vulnerable rear-mounted gas tanks will be able to trade them in or be paid by Chrysler to have the vehicles repaired. Think the punishment is harsh, consider that at least 75 people have died in crash-related fires, although Fiat Chrysler maintains they are as safe as comparable vehicles from the same era.

The government recently sold its remaining 6% stake in the company to Italian automaker Fiat. It wrapped up the 2009 bailout that was part of the Troubled Asset Relief Program six years early.

Aug. 31 (Bloomberg) — U.S. auto sales in August probably were the slowest for the month in 28 years as model-year closeout deals failed to entice consumers concerned the economy is worsening and they may lose their jobs.

Industrywide deliveries, to be released tomorrow, may have reached an annualized rate of 11.6 million vehicles this month, the average of eight analysts’ estimates compiled by Bloomberg. That would be the slowest August since 1982, according to researcher Ward’s AutoInfoBank. The rate would be 18 percent below last year’s 14.2 million pace, when the U.S. government’s “cash for clunkers” incentive program boosted sales.

“Home sales are way down, the stock market is way down, the unemployment report is very disappointing and consumer confidence is sputtering,” Jesse Toprak, vice president of industry trends at TrueCar.com, said in an interview. “People just don’t want to make big-ticket purchases because they’re uncertain about their jobs and the value of their homes.”

While automakers increased discounts by 1 percent from July to an average of $2,864 per vehicle, sales to individuals probably fell 7 percent from last month, according to Santa Monica, California-based TrueCar.

“Nobody in the senate today understands basic economics.” 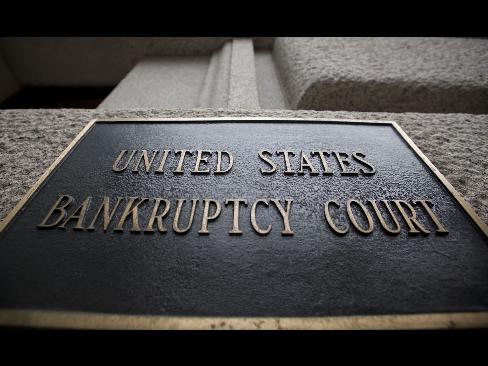 May 14 (Bloomberg) — Chrysler LLC asked a bankruptcy judge to let it reject 789 automotive dealership agreements by June 9, many located in the suburbs of major U.S. cities.

The company wants to break contracts with about a quarter of its estimated 3,188 retail outlets, including seven dealers with AutoNation Inc., two with Lithia Motors Inc. and the Atlanta unit of Asbury Automotive Group Inc., according to a filing today in Manhattan with U.S. Bankruptcy Judge Arthur Gonzalez, who must approve the cuts.

Fiat SpA, not Chrysler, decided which dealers will be brought along to a new company to be formed with the company’s best assets and run by the Italian carmaker, according to people familiar with the matter. Trimming the bulk of dealers from urban areas will increase profitability at the remaining dealers, lawyers for Chrysler said.