– How The Obama Administration Quietly Bailed Out Private Equity Landlords At The Expense Of The Middle Class:

So how much did Blackstone promise to give to the Obama library for this huge grift, um, parting gift? 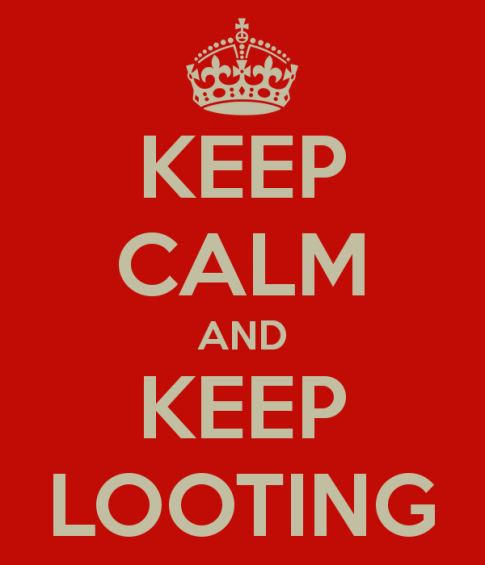 Last year Madrid’s city and regional governments sold almost 5,000 rent-controlled flats to private equity investors including Goldman Sachs and Blackstone. At the time, the tenants were told their rental conditions would remain the same.

Less than a month ago, I warned the people of Spain that U.S. financial oligarchs had their sights set on the nation. The post was titled, Your Wall Street Slumlord Arrives in Europe – Goldman and Other Financial Firms Launch “Buy to Rent” in Spain, and in it I wrote:

Now that the financial oligarchs have had their way with the U.S. property market, to the point that average citizens can’t even afford to own a home (Zillow recently showed that 1 in 3 homes are unaffordable), it appears they have turned their sights overseas. What better market for bailed-out bankers to feast on than Spain, with its 50%+ youth unemployment rate and a continued depressed real estate market.

It didn’t take long for the results to be felt. Reuters published an article on the topic today. Here are some excerpts:

“…they want your fucking retirement money.

They want it back, so they can give it to their criminal friends on Wall Street.

The following story by David Sirota at PandoDaily is simply excellent. It zeros in on the secretive and rapidly expanding relationship between private equity firms and the public pensions that invest in them. It shows a crony capitalist love affair greased by lobbyist influence peddlers known as “placement agents,” as well as non-public agreements between PE firms and public pensions chock full of conflicts of interest, extremely high fees and underperformance. Unbelievably, in many instances the trustees of the public pensions are not allowed to know what funds the “fund of funds” invest in. This makes due diligence impossible, and in one particularly egregious example it led the Kentucky Retirement Systems to unknowingly invest in SAC Capital despite the fact it was under SEC investigation at the time.

Furthermore, with the Wall Street Journal reporting back in 2011 that $37 of every $100 dollars invested in Blackstone’s investment pool coming from state and local pension plans, it appears that taxpayers are once again being fleeced by the financial oligarch class. Additionally, it appears to answer a recent question I posed in my piece: Is the Credit Bubble Popping? Carlyle Group Warns on Frothiness and Junk Bond Deals Get Pulled. After reading about a growing pool of insane “dividend deals” and payment-in-kind” notes being issued, I wondered who in their right mind was buying these deals. Well, based on the complete lack of competence and due diligence happening at public pension funds, I think we have solved part of the mystery.