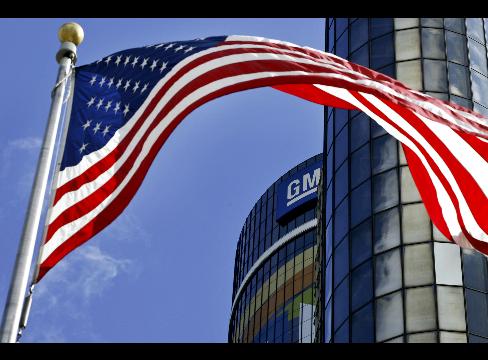 Dec. 3 (Bloomberg) — General Motors Corp. and Chrysler LLC told Congress they need $11 billion in government loans just to survive the year. Democrats pledged to keep them out of bankruptcy without saying how.

The aid requests delivered yesterday to U.S. lawmakers total $34 billion, more than a third larger than the plans they set aside last month, and heighten the pressure for action as a deepening auto slump quickens GM’s rush toward a default.

While President-elect Barack Obama has said he favors an industry rescue, GM and Chrysler said yesterday they won’t be operating through his January inauguration without the money stalled by a deadlock in Congress. Democrats want to use the $700 billion bank-bailout fund, and Republicans favor tapping an Energy Department loan program.

“I believe that an intervention will happen,” House Speaker Nancy Pelosi, a California Democrat, told reporters at a briefing yesterday as GM, Chrysler and Ford Motor Co. sent their plans to Congress. “Everybody is disadvantaged by bankruptcy, including our economy, so that’s not an option.”

Still unresolved is how Pelosi and Senate Majority Leader Harry Reid propose to break the impasse with Republicans and President George W. Bush over the source of funds for a rescue.

The $25 billion Energy Department loan program to retool factories is no longer enough to cover the three U.S.-based automakers’ needs after a worsening economy forced them to boost their aid requests. November auto sales plunged 37 percent to the lowest annual rate in 26 years.

GM is “in an emergency position,” Erich Merkle, an analyst at Crowe Horwath LLP in Grand Rapids, Michigan, said yesterday in a Bloomberg Television interview. “They need the cash. They need it very quickly.”

The largest U.S. automaker said it must have $4 billion this month, while No. 3 Chrysler said it needs $7 billion right away.

GM says it requires $4 billion more by the end of January as part of a total request of $18 billion. Chrysler’s total is $7 billion and Dearborn, Michigan-based Ford’s is $9 billion for a credit line it said it may not have to tap.

In exchange, the companies have agreed to slash their payrolls, shrink their dealership rosters and make other changes to ensure they’ll be able to pay the money back. The automaker chiefs will defend the plans at hearings tomorrow and on Dec. 5.

GM is seeking to reduce total debt of $62 billion, including obligations related to a union retiree health-care fund, to about $30 billion, according to the plan. U.S. employment would fall to as little as 45,000 in 2012 from about 96,000 now under the plan, and Detroit-based GM’s main domestic brands would be pared to four from eight. GM will shrink Pontiac and may sell Saab and Saturn in addition to Hummer.

Chrysler called its request a “bridge loan” to cover immediate expenses. The Auburn Hills, Michigan-based company, owned by Cerberus Capital Management LP, said it expects an operating profit next year, while using up $2 billion in cash.

Chrysler also says its plan assumes being awarded $6 billion in government loans for upgrading plants to produce more fuel-efficient vehicles, and it forecast building 500,000 electric autos in 2013 after the first one debuts in 2010.

Ford’s proposal includes investing about $14 billion in the next seven years to improve fuel efficiency. The second-largest U.S. automaker also calls for focusing on its namesake brand through efforts such as exploring the sale of its Volvo unit.

To help bolster automakers’ cost-cutting efforts, the United Auto Workers union called an emergency meeting for today in Detroit to consider concessions that make it less costly to cut jobs, people familiar with that session said.

Reid, a Nevada Democrat, said he will have legislation on the Senate floor Dec. 8 that can be used as a bailout measure if an agreement is reached. Pelosi, a California Democrat, stopped short of saying the House would meet, telling colleagues in a notice there was “the possibility” of a session next week.

“The intent of the TARP was to stabilize the financial system,” he said in an interview yesterday.

Representative Sander Levin, a Michigan Democrat, said lawmakers will find a way around the disagreements over funding now that automakers have detailed their needs.

“The Big Three have mapped out more clearly what the future will be,” Levin said in an interview. “When these reports are analyzed I think the answer will be yes, it should be done, a bridge loan; and therefore it’s up to us to step up to the plate and figure out how it’s done.”

To contact the reporters on this story: John Hughes in Washington at Jhughes5@bloomberg.net; Jeff Green in Southfield, Michigan, at jgreen16@bloomberg.net.