Canada says it may impose import duties on US-produced goods ranging from California wine to ketchup after a WTO ruling that US labeling did not meet international standards.

Canada has published a list of 38 American products that can potentially become subject to additional retaliatory tariffs. The list includes cattle and hogs, as well as a number of symbolic products such as California wine, Vermont maple syrup, Florida orange juice, ketchup and breakfast cereal.

Read moreCanada threatens duties on dozens of iconic US products

In the last few days a new and curious question has emerged: would India embrace the US/Japan axis while foregoing its natural Developing Market, and BRICS, allies, Russia and China. We now have a clear answer and it is a resounding no, because in what was the latest slap on the face of now crashing on all sides US global hegemony, earlier today India refused to sign a critical global trade dea. Specifically, India’s unresolved demands led to the collapse of the first major global trade reform pact in two decades. WTO ministers had already agreed the global reform of customs procedures known as “trade facilitation” in Bali, Indonesia, last December, but were unable to overcome last minute Indian objections and get it into the WTO rule book by a July 31 deadline. WTO Director-General Roberto Azevedo told trade diplomats in Geneva, just two hours before the final deadline for a deal lapsed at midnight that “we have not been able to find a solution that would allow us to bridge that gap.“

” WTO: Global trade to gain speed in 2014 and 2015 14 April 2014
…………………
The agency’s director general, Roberto Azevedo, said that just waiting for an automatic increase in trade was not enough.
He called for new trade liberalisation agreements, in particular the negotiations known as the Doha Round. ” http://www.bbc.com/news/business-27025011

AMONG THESE NEW TRADE LIBERALISATION AGREEMENTS THERE ARE THE TTIP (TRANSATLANTIC TRADE AND INVESTMENT PARTNERSHIP) AND THE TPP (TRANS-PACIFIC PARTNERSHIP).

” The threat of the US-EU trade deal http://morningstaronline.co.uk/a-6dea-The-threat-of-the-US-EU-trade-deal

The US, Japan and the European Union have filed a case against China at the World Trade Organization, challenging its restrictions on rare earth exports.

US President Barack Obama accused China of breaking agreed trade rules as he announced the case at the White House.

Beijing has set quotas for exports of rare earths, which are critical to the manufacture of high-tech products from hybrid cars to flat-screen TVs.

It is the first WTO case to be filed jointly by the US, EU and Japan.

They argue that by limiting exports, China, which produces more than 95% of the world’s rare earth metals, has pushed up prices.

The God-given human right to freely cultivate food is under attack in New Zealand (NZ) as special interest groups and others are currently attempting to push a “food security” bill through the nation’s parliament that will strip individuals of their right to grow food, save seeds, and even share the fruits of their labor with friends and family members.

In accordance with the World Trade Organization’s (WTO) Codex Alimentarius scheme for global food control, the NZ Food Bill, if passed, will essentially transfer primary control of food from individuals to corporations under the guise of food safety. And unless massive public outcry and awakened consciences within the NZ government are able to put a stop to it, the bill could become law very soon.

According to NZ Food Security, a group working to protect the food freedom of New Zealanders, the bill will turn growing and sharing food into a government-granted privilege rather than a human right. It will also make it illegal to distribute any type of food based on the bill’s language. This includes seeds, nutrients, natural medicines, minerals, and even water — without expressed government permission.

You see, agribusiness giants like Monsanto want full control of the food supply, which means putting an end to small-scale agriculture systems that operate “off the grid,” so to speak. This is why they have worked so hard in places like the US to convert conventional, staple crop systems to genetically-modified (GM) ones that are continually reliant upon new seeds and chemical interventions.

As far as enforcement, the NZ bill also authorizes private companies to deploy “Food Safety Officers” that can raid private property without warrant. Not only will these “Food Safety Officers” be permitted to draw weapons against those they are pursuing, but they will also be immune from criminal and civil prosecution for their illegal actions. 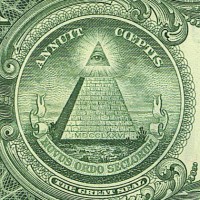 When the Industrial Revolution began in Britain, in the late 1700s, there was lots of money to be made by investing in factories and mills, by opening up new markets, and by gaining control of sources of raw materials. The folks who had the most money to invest, however, were not so much in Britain but more in Holland. Holland had been the leading Western power in the 1600s, and its bankers were the leading capitalists. In pursuit of profit, Dutch capital flowed to the British stock market, and thus the Dutch funded the rise of Britain, who subsequently eclipsed Holland both economically and geopolitically.

MOSCOW (Reuters) – Russia’s Prime Minister Vladimir Putin said he wants to bring ex-Soviet states into a “Eurasian Union” in an article which outlined his first foreign policy initiative as he prepares to return to the Kremlin as the country’s next president.

Putin said the new union would build on an existing Customs Union with Belarus and Kazakhstan which from next year will remove all barriers to trade, capital and labor movement between the three countries.

“We are not going to stop there and are setting an ambitious goal — to achieve an even higher integration level in the Eurasian Union,” Putin wrote in an article which will be published in Izvestia newspaper on October 4.

Putin said last month he would run in the March 2012 presidential election and his current public approval ratings show that he is set to win.