As CNN reports (see video), Congress is forking over $100 million for “security expenses” in Denver and St. Paul this summer. CNN’s Ed Lavendera says the types of weapons being purchased are “top secret” and this does not sit well with the ACLU, who is suing both cities to find out how the money is being spent. “In Minnesota where republicans are holding their convention, the ACLU says it’s trying to find out how security money is being spent but law enforcement agencies insist these weapons should be kept secret so they have the upper hand in keeping the convention safe,” explains Lavendera.

In other words, members of both factions of the globalist political party will be safe from agents provocateurs who are routinely dispatched to break a few windows and burn trash in the street in order to give the cops an excuse to attack peaceful demonstrators.

CNN and the corporate media are notorious for ignoring this fact, going back at least to late 1999 during the WTO demonstrations in Seattle. Neil deMause wrote for FAIR in early 2000, “most news outlets ignored the police assaults that preceded the looting, preferring to believe that it was the acts of a few out-of-control protesters that led to the violence, and downplaying police use of force…. numerous eyewitness reports would describe police ignoring vandals while busily assaulting demonstrators who were blockading the entrance to the WTO. The Seattle Times, in its timeline of the WTO protests (12/5/99), noted the first use of pepper spray and rubber bullets on demonstrators at 10 a.m. on November 30, nearly two hours before the first windows were broken.” Peter Cassidy, a police tactics researcher, said at the time that the lack of concern over Seattle police behavior “will lend credibility for other police departments to do the same thing.” In short, “opening your mouth becomes something that exposes you to danger. It exposes you to militarized forms of law enforcement.”

In April, 2003, in Oakland, California, cops used wooden dowel projectiles and rubber bullets against peaceful antiwar activists (see photo). Oakland cops told the San Jose Mercury News that although the demonstration was peaceful, there were a “few agitators in the crowd,” a claim disputed by witnesses. “I was there from 5 a.m. on, and the only violence that I saw was from the police,” Joel Tena, the constituent liaison for Oakland’s vice mayor, told the newspaper. “What happened today was very surprising. It seemed the police were operating under the assumption that they were not going to let any kind of protest happen.”

If sincere “agitators” are not present, the cops are often obliged to produce them, as they did during an anti-globalist demonstration in Montebello, Quebec, last year. “Police officials tried to justify the extraordinary measures deployed at Montebello by claiming they were needed to control ‘extremist’ demonstrators and prevent them from ‘overwhelming’ conference security forces,” writes François Tremblay. “In fact, video images reveal a long-established police practice, that is, the use of agent provocateurs to provide a pretext for a brutal intervention by riot police against anti-government demonstrators and still further restrictions on the right to protest and other basic democratic rights.”

In fact, “restrictions on the right to protest and other basic democratic rights” is the point, as the globalists are sincerely worried about citizens resisting the plan to turn the world into a “free trade” labor gulag based on the China model.

Read moreCops to Use “Top Secret” Weapons on Activists During Conventions 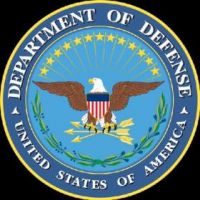