– “The Government Is Literally Paying Itself” – Citi Calls For Money Paradrops:

Last Friday, we posted what we thought was a watershed report by Australia’s largest investment bank Macquarie, one which openly called for central bank funding of fiscal spending, aka “helicopter money”, by directly monetizing treasuries. Ironically, the bank made the call despite admitting that it would not work in the long run, leading to even more stagflation and deflation. This was the gist:

As velocity of money globally continues to fall, conventional QEs have to become exponentially larger, as marginal benefit declines. If public sector is not prepared to step aside, what other measures can be introduced to support nominal GDP and avoid deflation?

One of the most important Zero Hedge posts of the last few years was “The “Muddle Through” Has Failed: BCG Says “There May Be Only Painful Ways Out Of The Crisis”” where The Boston Consulting Group (BCG) helped explain how the economic establishment is trying everything to move the system further with ever more cheap money and debt, why this will fail, and the inevitable wealth taxes that will be imposed to refloat the system from the ashes.

One of the authors of the infamous “Back to Mesopotamia” report(if 1984 is the instruction manual for political leaders, then this is the instruction manual for monetary leaders) was BCG senior partner Daniel Stetler, now blogger, and author “Debt In The 21st Century” who sees debt and leverage as the main factors driving wealth and inequality – a fact clearly overloked by Piketty.

Stetler was recently interviewed by Portugal’s Janela na web magazine, his insights are significant and worrisome…

Read more“We Are All In A Ponzi-World Right Now, Hoping To Get Bailed-Out By The Next Person”

This is just plain sick. Hardly a day after the greatest central bank fraudster of all time, Maestro Greenspan, confessed that QE has not helped the main street economy and jobs, the lunatics at the BOJ flat-out jumped the monetary shark. Even then, the madman Kuroda pulled off his incendiary maneuver by a bare 5-4 vote. Apparently the dissenters – Messrs. Morimoto, Ishida, Sato and Kiuchi – are only semi-mad.

Never mind that the BOJ will now escalate its bond purchase rate to $750 billion per year – a figure so astonishingly large that it would amount to nearly $3 trillion per year if applied to a US scale GDP. And that comes on top of a central bank balance sheet which had previously exploded to nearly 50% of Japan’s national income or more than double the already mind-boggling US ratio of 25%.

Depending on blowing the next bubble to temporarily prop up the economy is the height of foolhardy shortsightedness. Yet that’s our Status Quo, increasingly dependent on inflating bubbles to evince “economic strength” when the Ponzi paint will soon peel off the rotten wood of the real economy. 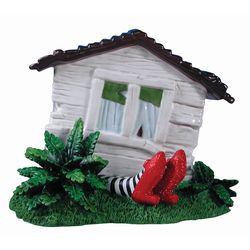 For years, homeowners have been battling Wall Street in an attempt to recover some portion of their massive losses from the housing Ponzi scheme. But progress has been slow, as they have been outgunned and out-spent by the banking titans.

In June, however, the banks may have met their match, as some equally powerful titans strode onto the stage.  Investors led by BlackRock, the world’s largest asset manager, and PIMCO, the world’s largest bond-fund manager, have sued some of the world’s largest banks for breach of fiduciary duty as trustees of their investment funds. The investors are seeking damages for losses surpassing $250 billion. That is the equivalent of one million homeowners with $250,000 in damages suing at one time.

Another conspiracy “theory” becomes conspiracy “fact” as The FT reports “a cluster of central banking investors has become major players on world equity markets.” The report, to be published this week by the Official Monetary and Financial Institutions Forum (OMFIF), confirms $29.1tn in market investments, held by 400 public sector institutions in 162 countries, which “could potentially contribute to overheated asset prices.” China’s State Administration of Foreign Exchange has become “the world’s largest public sector holder of equities”, according to officials, and we suspect the Fed is close behind (courtesy of more levered positions at Citadel), as the world’s banks try to diversify themselves and “counters the monopoly power of the dollar.” Which leaves us wondering where are the central bank 13Fs?

While most have assumed that this is likely, the recent exuberance in stocks has largely been laid at the foot of another irrational un-economic actor – the corporate buyback machine. However, as The FT reports, what we have speculated as fact for many years now (given the death cross of irrationality, plunging volumes, lack of engagement, and of course dwindling credibility of central planners)… is now fact…

The one problem with every Ponzi scheme is that it must constantly grow, in both demand and supply terms, for the mass delusion to continue. The other problem, of course, is that every Ponzi scheme always comes to an end…. which may have just happened in China where as the chart below shows, as of this moment at least, the supply side to the Chinese housing ponzi (and recall that in China the bubble is not in the stock market like in the US, but in housing) has slammed shut. 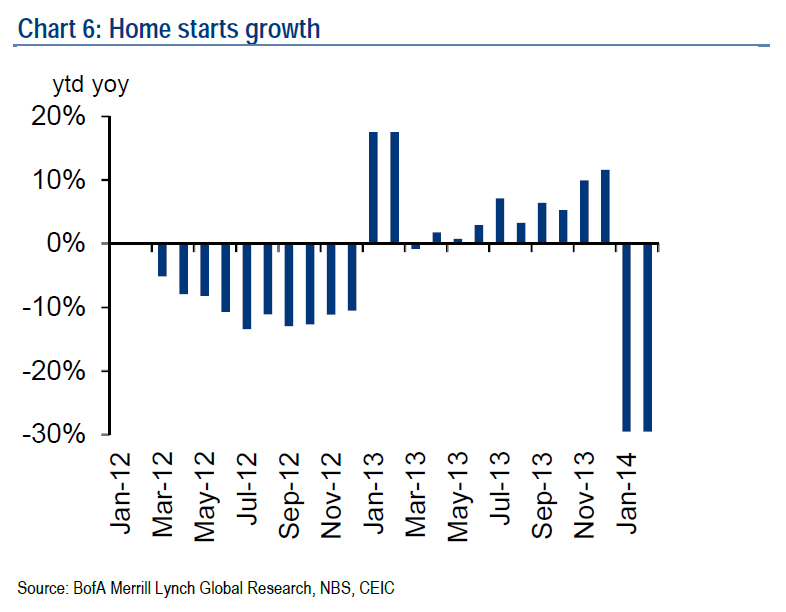 You didn’t think the US could at first slowly, and then all of a sudden, expropriate retirement accounts and invest them in the “no risk, guaranteed return” MyRA Ponzi scheme introduced by Obama during the State of the Union address without lots of behavior-modifying indoctrination in the “friendly press” first now did you? Sure enough, here is the first major propaganda salvo, coming from none other than the US Treasury Secretary, Jack Lew, which will be published tomorrow across the McClatchy media empire.