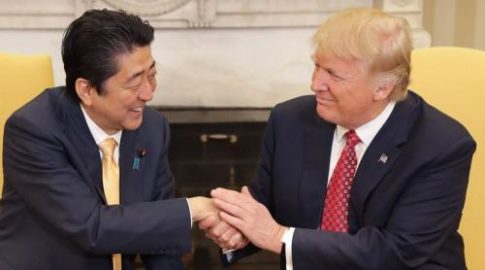 In what we believe is a significant escalation and potentially a hint as to the president’s thinking, President Trump said during a phone call with Japanese Prime Minister Shinzo Abe that the US remains committed to defending its territories and allies using all “diplomatic, conventional and – here’s the big one – nuclear – capabilities at our disposal.” This is the first time Trump has explicitly referenced possible involvement of nuclear weapons in a US response to its isolated antagonist, and also means that the two world leaders discussed the possibility of a nuclear response.

The White House released a statement about what the two leaders discussed on the call. It’s available in full below:

The call was held to discuss how the two countries should respond to North Korea’s sixth nuclear test – and possibly its first successful test of a hydrogen bomb. The test came after multiple provocations from the North over the past week, including two missile tests. Earlier, Defense Secretary James Mattis, using the couched language of international diplomacy, said any threat to the US or its territories would be met with a “massive military response.”

The full White House statement on the 6th North Korean nuclear test, as delivered by Mattis shortly after 3pm ET, is below:

“Any threat to the US or its territories including Guam or our allies will be met with a massive military response, a response both effective and overwhelming. Kim Jong Un should take heed in the United Nations’ Security Council’s unified voice. All members unanimously agreed on the threat North Korea poses and they remain unanimous in their commitment to the denuclearization of the Korean peninsula. We are not looking to the total annihilation of a country, namely North Korea, but as I said we have many options to do so.”

China also strongly criticized the nuclear test, slamming Pyongyang for ignoring international condemnation of its atomic weapons program. North Korea “has ignored the international community’s widespread opposition, again carrying out a nuclear test. China’s government expresses resolute opposition and strong condemnation toward this,” the foreign ministry said in a statement on its website.

“We strongly urge the DPRK (North Korea) to face the strong will of denuclearisation from the international community, earnestly abide by the relevant resolutions of the UN Security Council, stop taking mistaken actions which worsen the situation and are also not in line with its own interests, and effectively return to the track of solving the problem through dialogue,” it added.

Finally, as several sellside desks have commented this afternoon, a sixth nuclear test by North Korea likely represents crossing a “red line” sufficient “to prompt China and Russia to support additional UN sanctions.” And while China could impose more restrictions on oil exports to NK as part of future UN sanctions – as a reminder the UNSC is meeting tomorrow at 10am –  it is unclear if this means a complete embargo. It is also unclear whether more of the same, i.e., sanctions would be sufficient to change NK regime behavior. Finally, China will need to consider the risk that punitive sanctions end up destabilizing the NK regime, leading to a flood of refugees and other adverse consequences.

– Japan’s Finance Minister Accidentally Reveals How It All Ends: “War”:

While this all started with a currency “war,” it seems – according to a stunningly candid transcript of Japan’s finance minister’s conversation with none other than Paul Krugman – that the real endgame here is actual war. Aso remarked that “a similar [deflationary mindset] had occurred in the US in the 1930s. What solved the question? War! Because World War II had occurred during the 1940s and that became the solution for the United States. [We] have to switch [the Japanese] mindset… we are looking for the trigger.“

– Japanese Government Cracks Down Hard on the Media Amid Pitiful Economic Performance:

Their imminent departure from evening news programmes is not just a loss to their profession; critics say they were forced out as part of a crackdown on media dissent by an increasingly intolerant prime minister, Shinzo Abe, and his supporters.

Only last week, the internal affairs minister, Sanae Takaichi, sent a clear message to media organizations. Broadcasters that repeatedly failed to show “fairness” in their political coverage, despite official warnings, could be taken off the air, she told MPs.

Momii caused consternation after his appointment when he suggested that NHK would toe the government line on key diplomatic issues, including Japan’s territorial dispute with China. “International broadcasting is different from domestic,” he said. “It would not do for us to say ‘left’ when the government is saying ‘right’.”

From the Guardian article: Japanese TV Anchors Lose Their Jobs Amid Claims of Political Pressure

On Tuesday, Chinese Vice Foreign Minister Liu Zhenmin told the press that contrary to the narrative being propagated by Washington and its allies in the South Pacific, Beijing had actually shown “great restraint” in the South China Sea.

China, Liu went on to explain, has tolerated the “occupation” of the disputed waters even as Beijing has “both the right and the ability to recover the islands and reefs illegally occupied by neighboring countries.” Essentially, Liu said China would be well within its rights to forcibly expel The Philippines, Malaysia, and Vietnam from the Spratlys.

When the United States defeated Japan at the end of World War Two, they pretty much made the island nation their own little colony. They occupied the country, built military bases on their sovereign territory, and influenced the drafting of their postwar constitution. More importantly, the Japanese relinquished their right to wage war due to Article 9 of their constitution, and handed over the defense of their nation to the United States. The English translation of that article reads: 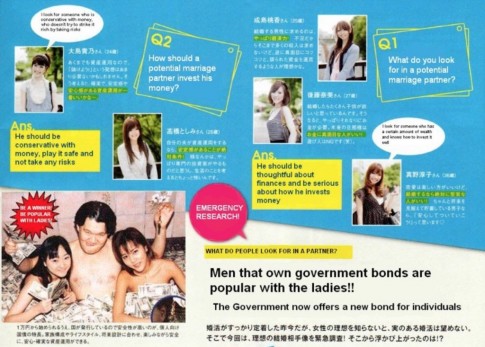 With so much attention rightly focused on China at the moment (see: Chinese Authorities Arrest Over 100 Human Rights Activists and Lawyers in Desperate Crackdown on Dissent), people aren’t paying enough attention to the budding economic calamity unfolding in Japan.

While “Abenomics” has succeeded in boosting the stock market and food prices, it has utterly failed to raise wages. In fact, wages adjusted for inflation have plunged to the lowest since 1990. As such, a record number of households now describe their living conditions as “somewhat hard” or “very hard.”