– Japan’s Abe Wins In Landslide Victory, LDP To Have Supermajority According To Exit Polls (ZeroHedge, Dec 14, 2014):

As previewed yesterday, in one of the lowest turnout elections in recent years (due to heavy snow: where have we heard that before) the ruling party of Japan’s Prime Minister Shinzo Abe, the LDP, is set for a landslide victory in the lower house elections today, according to exit polls. Here is Bloomberg with the details:

AP’s take: “A landslide victory could improve Abe’s chances of pushing ahead with difficult political and economic reforms, and his long-term goal of revising Japan’s constitution. Share prices have risen and many companies have reported record profits, but the recovery has faltered in recent months, with the country returning to recession after a sales tax hike chilled demand among consumers and businesses.”

Japan’s Finance Minister, Taro Aso, best known for eyewatering gaffes and constant propaganda, commented: “I believe this shows that voters gave the Abe administration a positive evaluation over the past two years.”

Unfortunately, considering that in order to push the Japanese stock market, Abe had to crush not only the economy, resulting in an unprecedented 4th recession since Lehman: 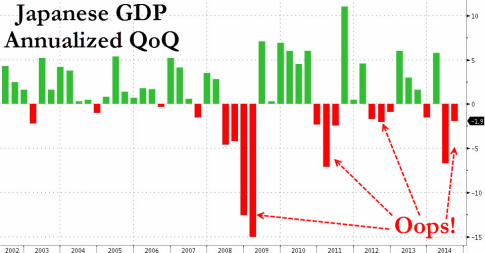 … and also send real wages reeling for a record 16 consecutive months, as a result of soaring import-cost inflation: 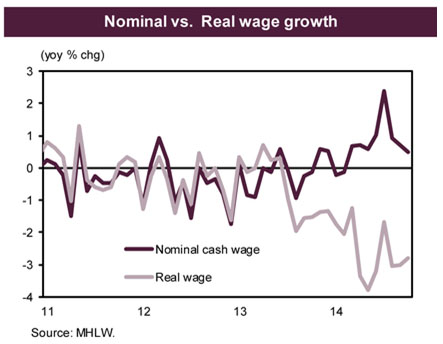 … as well as push corporate bankruptcies to a record high due to the plunging yen: 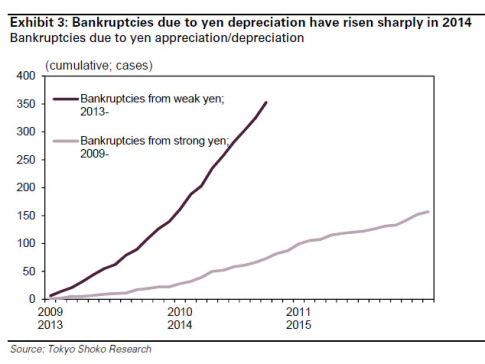 … it is difficult to believe any of the prevailing propaganda narrative, especially when one considers the steadily declining popularity of Abe’s cabinet: 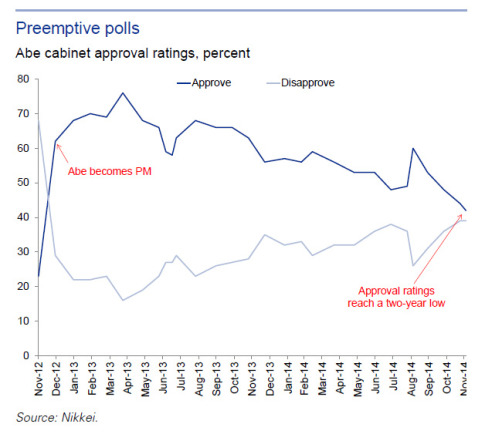 So what really happened? The following observation from AP is spot on: “Despite weakening popularity ratings, a recession and messy campaign finance scandals, the Liberal Democrats were virtually certain to triumph thanks to voter apathy and a weak opposition.”

And there you have it: the apathetic Japanese people have spoken, or rather chosen not to. As a result, when the entire Japanese house of Ponzi cards comes crashing down for the final time, they will have nobody but themselves to blame. Which, incidentally, is the case in every other “developed” nation. 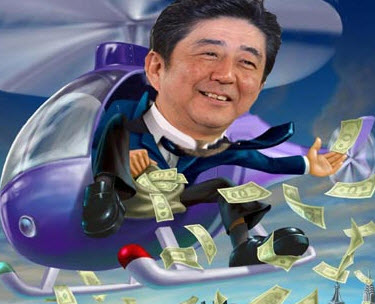