On Sunday we warned it would happen. Well, it happened.

The Indexes of Business Conditions comprises leading, coincident, and lagging composite indices compiled from various economic statistics and market indicators. Since the components are already announced in advance, the composite indices come as no surprise as they can be estimated in advance. That said, the data release is closely watched as an indicator of potential turning points in the economy, as the Cabinet Office makes an assessment of the state of the economy based on the trend in the coincident CI, using a set of objective criteria that eliminates arbitrariness.

The Cabinet Office revised down its economic assessment to “signaling a possible turning point” from “weakening” for the first time since April, as the 7-month average sign for the coincident CI changed, and the change swung by more than 1 standard deviation in the reverse direction. According to the Cabinet Office, such a change in assessment provisionally indicates a likelihood that the economy has already fallen into recession. This is effectively akin to the government acknowledging that the economy is in recession.

Which means Japan is now in its third recession since Lehman, and fourth since 2008. 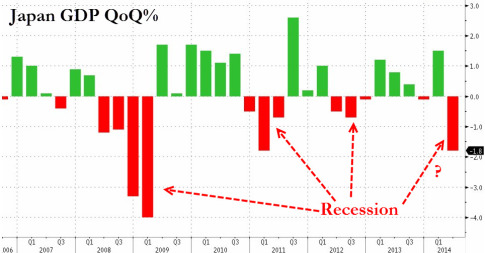 So, triple-dip in Europe first, and now Japan. It’s good to see those $11 trillion spent by the world’s central banks to buy a recovery was well spent. 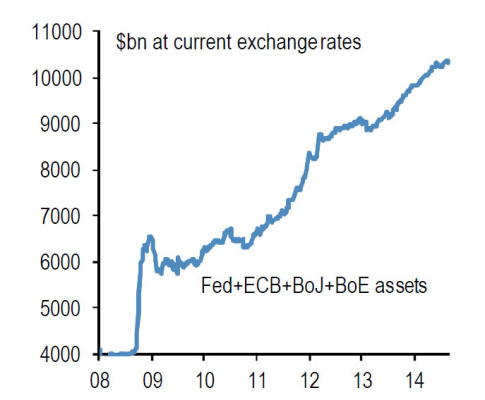