European agriculture has been decimated with at least 80% losses which have led to black market sales of produce, rationing, shortages, collapsed greenhouse facilities and bankruptcy for farmers. The losses are beyond epic and this is what is expected in the new grand solar minimum, but the media brushes it away saying its bad weather in Europe.

Not to forget topinambour (Helianthus tuberosus).

One of the best wild vegetables are nettles and the Romans brought ground elder with them. 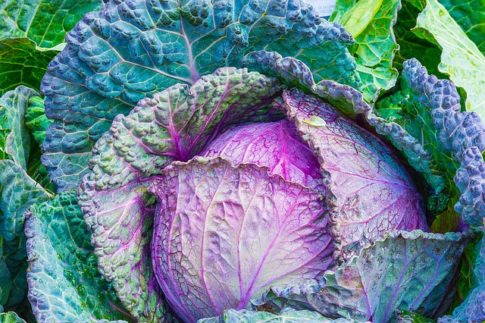 – The 14 Best Foods You Can Grow In a Survival Garden:

Although all vegetables are good for us some are more nutrient dense than others. As a general guide the more vibrant the colour the more packed with minerals and vitamins a vegetable is. Dark green ‘curly’ cabbage trumps light green every time.

There’s no order of merit or nutrition to the following list, they are just veggies that nutritionists agree are amongst the best to eat to pack in the goodness.

“Miss Morgan, who works as a chartered surveyor, had lost hope until three months ago, when she started a grain-free, raw vegan diet – eating only raw fruit and vegetables for her three meals a day.

She said the diet has stopped the flare-ups and her skin is healthier than ever.” 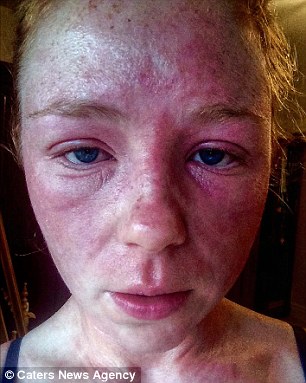 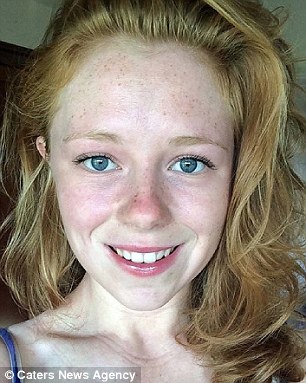 – Eczema sufferer whose itchy skin would burn then blister says a strict vegan diet of RAW fruit and veg has stopped her breakouts:

An eczema sufferer whose skin would ooze, scale, flake and peel off believes she’s found a cure in raw fruit and veg.

Alice Morgan, 22, from Liverpool, has suffered with a debilitating form of eczema which would cause her body to become covered in blisters over the past three years.

Just came across this video.

I do not recommend the fruitarian diet, but I do recommend a raw food diet.

In Europe and the US you cannot buy a great variety of organic fruits.

The fruits often are not harvested when they are ripe, so they contain less nutrients.

Maybe a fruitarian diet works when you are living where all those tropical fruits grow naturally.

However, I believe – meaning I can’t proof it – that a fruitarian diet is crashing your body in the long term.

Fruits are great for detoxing, whereas vegetables are better for nourishing the body.

Greens are essential for your health.

Just look at her:

Linsey Pollak turns a carrot into a clarinet using an electic drill a carrot and a saxophone mouthpiece, and plays it all in a matter of 5 minutes.

Linsey Pollak is an Australian musician, instrument maker, composer, musical director and community music facilitator. He has recorded 31 albums, toured his solo shows extensively in Europe, Nth America and Asia as well as performing at most major festivals around Australia.

Linsey has devised many large Festival pieces such as “BimBamBoo” and “Sound Forest”, as well as collaborating on many music and theatre projects around Australia. He established The Multicultural Arts Centre of WA, and has co-ordinated five Cross-cultural Music Ensembles in three different States. Linsey has also worked as a musical instrument maker for 40 years and has designed a number of new wind instruments as well as specialising in woodwind instruments from Eastern Europe. 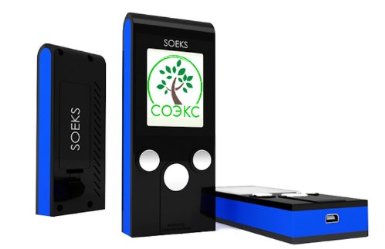 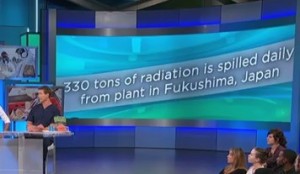 Grai Beal stays in excellent shape with his natural diet at the age of 50!

Before I give you some more info about my diet I want to tell you that the human body was not designed to fall apart after living just 80 to 100 years and not even at 150 years of age!

So I am not really a raw vegan because I use honey, which is loaded with enzymes.

Yes, that means that I do not eat dairy, meat, fish, eggs etc. and any kind of cooked food.

Everything I eat is organic.

Read moreRaw Food Diet: ‘You Will Play The Game Much Longer And Much Higher Level’ (Video)

As a follow-up to our earlier report on fluoridated food crops (http://www.naturalnews.com/036753_fluoride_pesticides_grapes.html), the following report explains a bit more about the true toxicity of the food supply in regards to fluoride chemicals. According to fluoride expert Jeff Green, many non-organic foods contain extremely high levels of fluoride because of the pesticide chemicals sprayed on them — and in some cases, non-organic produce contains up to 180 times the amount of fluoride found in tap water.

Fluoride-based pesticide chemicals such as cryolite (sodium hexafluoroaluminate) are commonly used on non-organic food crops because they are highly effective at both killing pests and protecting crops against pest damage. But these same chemicals tend to persist in, and on, produce, where unsuspecting consumers regularly consume them with their everyday meals. According to Green, about one-third of the average person’s fluoride exposure comes from non-organic food grown using fluoride chemicals.

Citrus fruits, it turns out, are allowed by law to be contaminated with up to 95 parts per million (ppm) of sodium aluminum fluoride, while potatoes are permitted to have up to 22 ppm on the outside skin, and two ppm on the inside flesh. Raisins are allowed to have 55 ppm of the chemical, while romaine lettuce can have up to 40 ppm. But perhaps the worst offender is iceberg lettuce, which is allowed to have a whopping 180 ppm of sodium aluminum fluoride, or 180 times the amount of fluoride typically added to municipal water supplies.