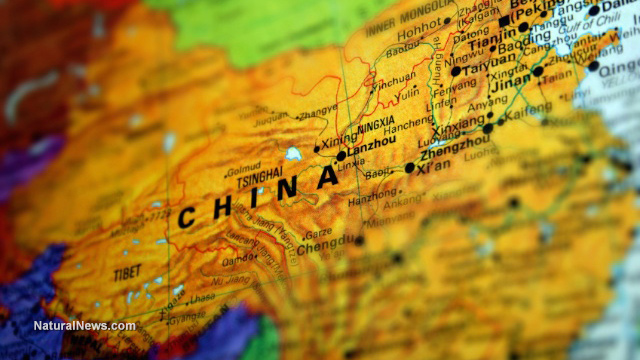 The Chinese army has ordered all military supply stations to only allow the purchase of non-GMO grain and food oil due to health safety concerns over GMOs.

This move by the Chinese army is being seen as yet another step towards the Chinese government’s expected ban on the import of all GMO grains and oilseeds within the next 2 years, due to growing public concern over GMOs. The expected ban would be a huge blow to the Biotech industry worldwide.

As a follow-up to our earlier report on fluoridated food crops (http://www.naturalnews.com/036753_fluoride_pesticides_grapes.html), the following report explains a bit more about the true toxicity of the food supply in regards to fluoride chemicals. According to fluoride expert Jeff Green, many non-organic foods contain extremely high levels of fluoride because of the pesticide chemicals sprayed on them — and in some cases, non-organic produce contains up to 180 times the amount of fluoride found in tap water.

Fluoride-based pesticide chemicals such as cryolite (sodium hexafluoroaluminate) are commonly used on non-organic food crops because they are highly effective at both killing pests and protecting crops against pest damage. But these same chemicals tend to persist in, and on, produce, where unsuspecting consumers regularly consume them with their everyday meals. According to Green, about one-third of the average person’s fluoride exposure comes from non-organic food grown using fluoride chemicals.

Citrus fruits, it turns out, are allowed by law to be contaminated with up to 95 parts per million (ppm) of sodium aluminum fluoride, while potatoes are permitted to have up to 22 ppm on the outside skin, and two ppm on the inside flesh. Raisins are allowed to have 55 ppm of the chemical, while romaine lettuce can have up to 40 ppm. But perhaps the worst offender is iceberg lettuce, which is allowed to have a whopping 180 ppm of sodium aluminum fluoride, or 180 times the amount of fluoride typically added to municipal water supplies.

This title is the same as a recent GreenMedInfo.com. It contains a list of over 200 health problems, with celiac disease at the top and including many more not normally associated with gluten intolerance.

The author and founder of GreenMedInfo.com, Sayer Ji, prefers the term gluten toxicity to gluten sensitivity or gluten intolerance… “in order to shift the focus away from the victim back to the aggressor, the gluten itself.”

Sayer Ji’s GreenMedInfo.com article lists all the disorders linked to gluten. They are hyperlinked to articles and abstracts of clinical studies recorded in MedLine since 1971.

A 20-percent spike in maize and wheat prices in just the past three weeks is raising concerns with the United Nations Food and Agriculture Organization (FAO).

FAO economist Shukri Ahmed said the increase in price was sharp and sudden. He said that until May, experts were hoping for a huge increase in worldwide maize production.

An intense heatwave is threatening havoc with this year’s US grain harvest, burning up hopes of blockbuster yields and sending prices soaring.

Even a modest reduction in crops could send ripples through global food commodities markets, as the US is the world’s top exporter of corn, soyabeans and wheat, and stocks of the first two are relatively low. 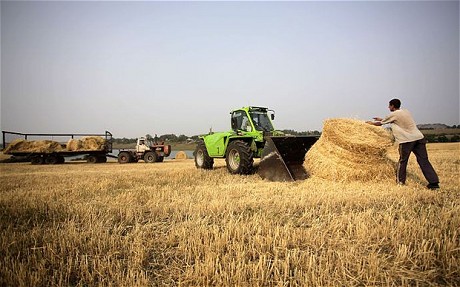 Here is what that really means:

–  USDA: No strategic grain reserves … they sold them!

DES MOINES, Iowa — A surprising drop in the U.S. corn and soybean crop sent grain prices surging to their highest levels in 2 1/2 years Wednesday. The price increases stoked concerns about higher food prices and tighter supplies of feedstock for food and biofuels.

Wet weather and abnormally high temperatures contributed to lower U.S. corn production in 2010, according to a report from the U.S. Agriculture Department. The report also showed declines in soybean, wheat and grain sorghum production.

The report confirmed traders’ fears that historically low stockpiles of grain and oilseeds could leave little buffer in coming months as demand rises with a growing global economy. Prices reached their highest points since the financial crisis of 2008 caused a collapse in global demand for food and fuel.

As recently as 2008, the Commodity Credit Corporation (CCC), a wholly owned subsidiary of the USDA, reported that there was virtually no grain stores left in the US.  Of the 24.1 million bushels in reserve, only 2.7 million bushels remained after the bulk of the grain stores were given for humanitarian relief. While some of the grain may have been used for humanitarian purposes, there is no evidence to support this contention. Furthermore, the use of the term humanitarian does not necessarily mean that the grain wasn’t sold, its just meant to condition public thinking into believing the grain was given away to hungry people.  I would bet that wasn’t the case at all.

There has been no effort by USDA or CCC to re-establish our strategic grain reserves.  The purpose of the CCC is to maintain a balanced supply of food commodities as a strategic backup in case of emergency and is charged with distributing those back up supplies to the population should they be needed. The strategic reserves which had been established as a result of the Great Depression were depleted in the 1980’s and USDA at that time announced it would not re-establish this back up and of course our current bio-tech pandering Ag secretary isn’t about to re-establish them either.

S.510 would insure the capture of the markets for corporations whose only interest is exporting whatever our land can produce to other nations, for commodities profit.  Nothing will be held back for the US as “free trade” and export will be first and foremost. Instead of focusing on securing a back up supply for the US, the USDA continues to push for ever more exportation of our food supply.  Now why would USDA and congress be promoting export over securing the food supply for the US?

This “free trade” thing is killing us economically. The cost of free trade needs to be measured not by whether or not a few selected individuals make a ton of money, but, by whether or not the economy is benefited by allowing it to continue.  Free trade has morphed into rape and pillage, leaving economic destruction in its wake and we are about to be left in the dirt and wondering where our next meal is coming from as multi-national corporations line up to seize control of the worlds food supplies.

Along with this loss of strategic grain reserves, there is no butter, cheese, dry milk or any other food commodity stockpiled for the American people in the event the predicted food crisis occurs.  Nearly one third of all corn crops are now diverted to ethanol production and are not grown for food; this while the coming food crisis begins.

It is our belief that this refusal by USDA and CCC to establish a food store for emergencies goes hand in hand with the intent of S.510, the fake food safety bill. This bill will effectively centralize food production not only geographically, but also in the marketplace by eliminating family and independent producers and centralizing food production in CAFO operations and other concentrated farming applications.

Read moreUSDA: No strategic grain reserves … they sold them!

Russia’s worst drought on record has devastated crops in parts of the country and sent international grain prices soaring as markets placed bets that without shipments from one of the world’s leading exporters, global supplies would be restricted.

Wheat has risen seven of the past eight days at the Chicago Board of Trade and buying by funds and traders spilled across the grain markets. Corn and soybeans were 2 and 0.5 percent higher, respectively.

Prime Minister Vladimir Putin signed an order banning grain and flour exports from August 15 to December 31, with a spokesman saying this would apply to contracts that had been already signed.