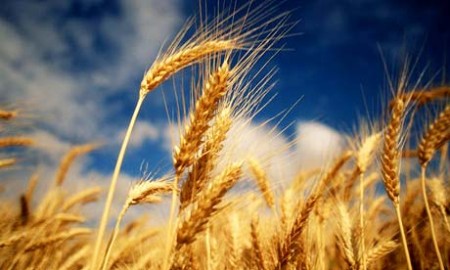 WASHINGTON – Larry Matlack, President of the American Agriculture Movement (AAM), has raised concerns over the issue of U.S. grain reserves after it was announced that the sale of 18.37 million bushels of wheat from USDA’s Commodity Credit Corporation (CCC) Bill Emerson Humanitarian Trust.

“According to the May 1, 2008 CCC inventory report there are only 24.1 million bushels of wheat in inventory, so after this sale there will be only 2.7 million bushels of wheat left the entire CCC inventory,” warned Matlack. “Our concern is not that we are using the remainder of our strategic grain reserves for humanitarian relief. AAM fully supports the action and all humanitarian food relief.

Our concern is that the U.S. has nothing else in our emergency food pantry. There is no cheese, no butter, no dry milk powder, no grains or anything else left in reserve.

The only thing left in the entire CCC inventory will be 2.7 million bushels of wheat which is about enough wheat to make 1⁄2 of a loaf of bread for each of the 300 million people in America.”

– Food Riots are Coming to the U.S.

– THE FOUR HORSEMEN APPROACH – FAMINE IS IN THE AIR

The CCC is a federal government-owned and operated entity that was created to stabilize, support, and protect farm income and prices. CCC is also supposed to maintain balanced and adequate supplies of agricultural commodities and aids in their orderly distribution.

“This lack of emergency preparedness is the fault of the 1996 farm bill which eliminated the government’s grain reserves as well as the Farmer Owned Reserve (FOR),” explained Matlack. “We had hoped to reinstate the FOR and a Strategic Energy Grain Reserve in the new farm bill, but the politics of food defeated our efforts. As farmers it is our calling and purpose in life to feed our families, our communities, our nation and a good part of the world, but we need better planning and coordination if we are to meet that purpose. AAM pledges to continue our work for better farm policy which includes an FOR and a Strategic Energy Grain Reserve.”

AAM’s support for the FOR program, which allows the grain to be stored on farms, is a key component to a safe grain reserve in that the supplies will be decentralized in the event of some unforeseen calamity which might befall the large grain storage terminals.

A Strategic Energy Grain Reserve is as crucial for the nation’s domestic energy needs as the Strategic Petroleum Reserve. AAM also supports full funding for the replenishment and expansion of Bill Emerson Humanitarian Trust.

1 thought on “The U.S. Has No Remaining Grain Reserves”