A Malaysian lawmaker is in hot water after saying that if a woman refuses sex to her husband, she is “emotionally and physiologically” abusing him, AFP reports. Activists and people on social media have called the comments “ridiculous” and “saddening.”

Che Mohamad Zulkifly Jusoh, a Muslim MP from the ruling Barisan Nasional (BN) party, made the controversial comments on Tuesday during a debate on amendments to domestic violence laws.

“Critics of the bill warn that it could pave the way for full implementation of hudud, which prescribes punishments such as amputations and stoning, and disrupt the fabric of Malaysia’s multi-cultural and multi-religious society. ‘The so-called “empowerment” of the Shariah Court will only exacerbate the unequal treatment of Muslims and non-Muslims before the law,’ said Bebas, an NGO that organized a smaller counter-rally.”

“No official figures were available on how many people attended Saturday’s peaceful support rally in Kuala Lumpur, but estimates were in the tens of thousands.”

Yes, the problem is just a “tiny minority of extremists,” isn’t it? 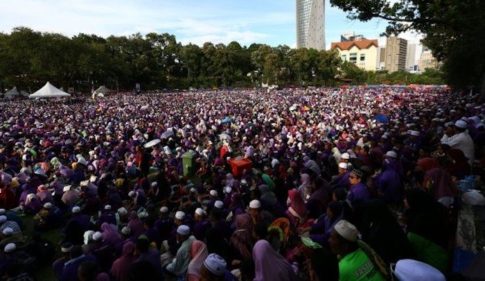 – Yet Another American Ally May Have Just Jumped Ship from the US to China:

Malaysia — In yet another blow to American imperialism in Asia-Pacific, it was reported Friday that the Southeast Asian country of Malaysia is set to purchase security patrol vessels from China in a first of its kind deal.

“Malaysia will sign a contract to purchase Littoral mission ships from China when Prime Minister Najib Razak visits Beijing next week,”Reuters writes. “The purchase of the patrol vessels, if it proceeds, would be Malaysia’s first significant defense deal with China and comes amid rising tensions in the South China Sea as the United States and China compete for influence in the region.”

The only question about whether or not the sale will go through links back to the manner in which the information was revealed. 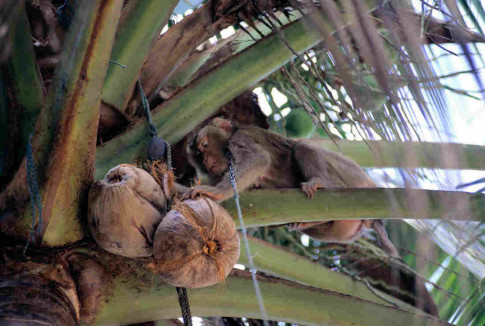 – Activists Seek To Impoverish Thai Villagers To Save Monkeys From “Slavery”:

Leave it to NPR to add guilt to your pleasure. That bon-bon hidden behind your two-year-old bottle of Scotch just took on a whole new layer of sin. With child slavery in the production of chocolate and animal cruelty in the harvesting of coconuts, the conflict confection is born.

According to an animal rights group featured in a recent edition of NPR’s The Salt, abused monkeys are a key ingredient in your Panang curry. While the Thai/Malay practice of using monkeys to harvest coconuts dates back hundreds of years, landing in the crosshairs of activist vegans and SJWs (Social Justice Warriors) is a new phenomenon. Anthropologist Leslie Sponsel, quoted briefly in the NPR article, offered a defense of simian symbiosis. I caught up with Dr. Sponsel at his Hawaii home in hopes of learning more about his fieldwork. “Debate on the morality of enslaving monkeys to get a job done is a Western dilemma, not a Thai one,” Sponsel explained.