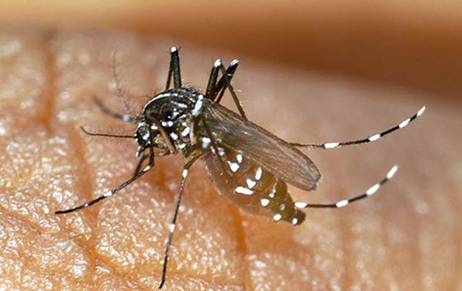 PUTRAJAYA, Malaysia (AP) – Malaysia could be the first country in Asia to use genetically modified mosquitoes to battle a rise in dengue fever, government authorities said Monday.

The program calls for genetically engineered male mosquitoes to be released into the wild that would mate with females and produce offspring that live shorter lives, thus curbing the population.

Malaysian scientists say laboratory test trials have made them optimistic.

“It is a pilot project, and hopefully it will work,” Prime Minister Najib Razak told reporters on the sidelines of a World Health Organization conference in Malaysia.

Dengue fever, spread by the Aedes aegypti mosquito, is common in Asia and Latin America. Symptoms include high fever, joint pains and nausea, but in severe cases, it can lead to internal bleeding, liver enlargement, circulatory shutdown and death. There is no known cure or vaccine.

Efforts to urge Malaysians to keep neighborhoods clean and destroy stagnant sources of water — which are mosquito breeding grounds — have failed, and “innovative ways” are needed to combat dengue, Najib said.

In Malaysia, the number of dengue-linked deaths totaled 117 between January and early October — a 65 percent surge from last year, according to Health Ministry statistics. Dengue infections overall increased 17 percent from last year to more than 37,000 cases.

WHO Western Pacific regional director Shin Young-soo on Sunday said he welcomed Malaysia’s efforts to step up the fight against dengue, but also reportedly cautioned that care must be taken in introducing a new species to the environment, The Star newspaper reported.

Some Malaysian environmentalists say releasing such mosquitoes could have intended consequences.