These mosquitoes are genetically engineered to kill — their own children.

Researchers on Sunday reported initial signs of success from the first release into the environment of mosquitoes engineered to pass a lethal gene to their offspring, killing them before they reach adulthood.

The results, and other work elsewhere, could herald an age in which genetically modified insects will be used to help control agricultural pests and insect-borne diseases like dengue fever and malaria.

But the research is arousing concern about possible unintended effects on public health and the environment, because once genetically modified insects are released, they cannot be recalled.

Read moreGMO Mosquitos Engineered To Kill – Their Own Children – RELEASED In Brazil, Cayman, Islands And Malaysia 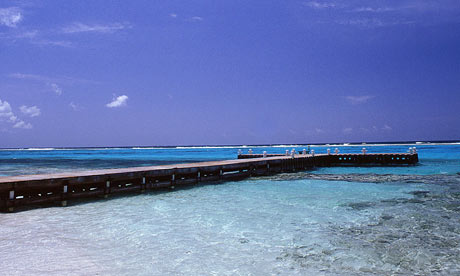 Hedge funds and financial institutions based in the Cayman Islands have been pulling their money out of Britain as they are hit by the credit crunch, according to figures from the Bank of England.

Those institutions have almost halved their deposits in UK banks over the past 12 months, from $356bn at the end of the first quarter in 2008, to $173bn at the end of March, Bank of England data shows. The drop in Cayman Islands’ deposits comes as hedge funds are being forced to return money to investors who have made big losses from the financial crisis. It also reflects fund losses from falling markets.

The outflow of funds from Britain puts the spotlight on hedge fund threats to abandon the UK because of higher taxes, tighter regulation and potential caps on executive pay and bonuses.

Read moreHedge funds withdraw 50% of their deposits in the UK