Pope Francis is now attacking the credibility of child sex abuse victims in a shocking move made at the end of a trip to Chile in which he had hoped to “heal” the wounds of said abuse.

That’s right, Pope Francis ended his trip by publicly defending a bishop who victims have accused of covering up widespread pedophilia in the country.

According to a report by the Associated Press, Francis made the shocking comments in a discussion about Rev. Fernando Karadima who has been found guilty of sexually abusing a slew of minors as a member of the Catholic Church.

Pope Francis accused victims of Chile’s most notorious pedophile of slander Thursday, an astonishing end to a visit meant to help heal the wounds of a sex abuse scandal that has cost the Catholic Church its credibility in the country.

Francis said that until he sees proof that Bishop Juan Barros was complicit in covering up the sex crimes of the Rev. Fernando Karadima, such accusations against Barros are “all calumny.”

The pope’s remarks drew shock from Chileans and immediate rebuke from victims and their advocates. They noted the accusers were deemed credible enough by the Vatican that it sentenced Karadima to a lifetime of “penance and prayer” for his crimes in 2011.

– Pope says in ‘pain and shame’ over church sex scandal in Chile:

Pope Francis has finally said he deeply regrets Chilean priests’ involvement in a series of sex crimes against children.

Upon the start of his visit to Santiago, the capital of Chile, on Tuesday, the pontiff said he felt he was “bound to express my pain and shame,” some seven years after reports emerged that some Chilean pastors had committed sexual abuse against children in their care.

“Does anyone have any idea if there are any countries left in the world where the Roman Catholic Church HASN’T perpetrated a child sex scandal?”

– Billionaire Tycoon Will Be Next President Of Chile

Meteorology forecasts up to 15 cm (8 inches) of snow in Santiago this Saturday.

“While snow in the capital is unusual, it is not unheard of,” said AccuWeather Senior Meteorologist Jason Nicholls. 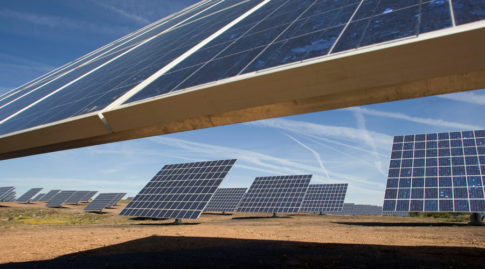 – The Time When A Single Computer Ran An Entire Country:

A British computer scientist and cybernetics pioneer named A. Stafford Beer was invited in 1971 by the socialist/Marxist government of Chile, under the democratically elected Salvador Allende, to “run the country.”

A high-ranking cabinet official had read Beer’s work on cybernetics, and convinced the Allende government – which would be swiftly removed by a CIA-backed coup only two years later in 1973 – to create an experiment in a high-tech socialist state.

Beer’s vision for controlling society included cybernetic managers who would sit in futuristic chairs with buttons, panels and displays straight out of Star Trek. 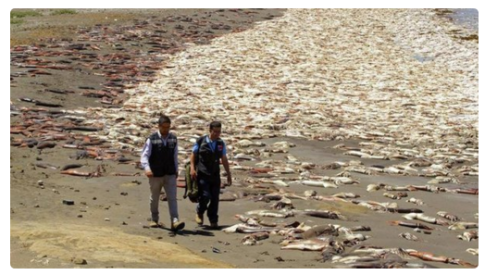 It is being referred to as Cthulhu-geddon.

Squid have washed up on Santa Maria Island off Chile this week in what some have described as biblical proportions. Thousands of dead and dying squid are piled up on the shore. While some squid normally do wash up this time of year, it’s never been in this large of a quantity.

There are Class 4 & 5 quakes virtually every ten minutes in Northern Chile. This is another world class major rupture in the Earth’s crust, this is this year’s Great Event. I think that Chile is very lucky that the rupture is “slowly” cracking the Earth with frequent comparatively modest activity rather than more dramatically breaking the crust in a Class 9 mega-event.

A powerful earthquake strikes off the coast of Chile. The quake, originally measured at 7.2, has reportedly been upgraded to 8.3.

In the lawsuit, joined by the Children’s Law Center, the ACLU accuses the sheriff’s department and Sumner of violating both federal and state laws that prohibit the forceful restraint of children unless the pupil is presenting an imminent and real threat to their own or someone else’s safety. The suit alleges that by being shackled for so long the child suffered pain and trauma that exacerbated his diagnosed conditions of ADHD and post-traumatic stress disorder.In the video, shot last November by a staff member of the public school in which the third grader was studying, Sumner can be seen applying the handcuffs around SR’s biceps as the boy’s wrists are too small to restrain. “You can do what we have asked you to do, or you can suffer the consequences,” the police officer tells the child.

Number of helpless children with mental disabilities in handcuffs: 1

Fourteen municipalities in the region of Araucania have been declared in state of emergency.

Skier website is calling for more than 100 inches (254 cm) of snow at some resorts this weekend. (Note: I don’t know where they got their info, so can’t attest to its accuracy.) 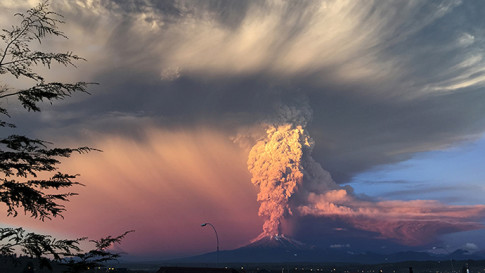 The record-breaking volcanic eruption in southern Chile is dramatically altering skies, as spectacular views emerge of white plumes creeping miles up into the sky after coloring the night orange. A second blast took place hours ago.

Nature’s colossal power was aptly demonstrated by Calcubo, which erupted a second time just a few hours ago, with agencies reporting a stronger eruption than the first.

An electrical storm mixed with the raging spurts of lava overnight to create what looked like the jaws of hell opening to swallow the surrounding landscape. 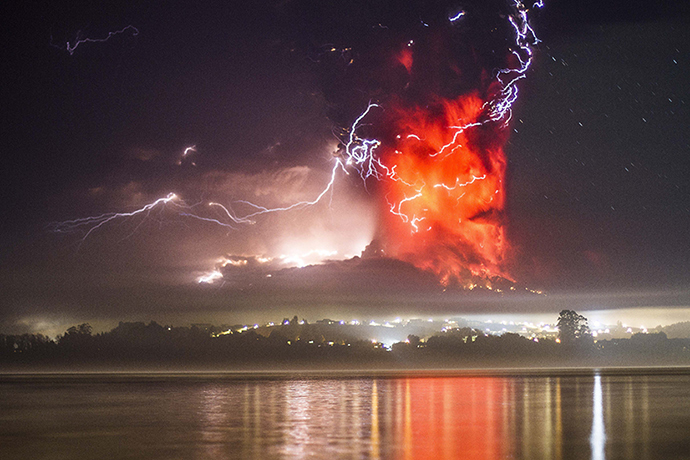 In scenes reminiscent of the movie Independence Day, white mushroom disks adorned the daytime skies, slowly claiming the city of Puerto Varas for their own.

This story struck a particular chord with me considering my mother left Chile for the United States back in the early 70′s after Salvador Allende was elected President. She was able to instinctively see the writing on the wall, and got out ahead of the political chaos, military coup and dictatorship that followed.

Beyond my own person connection, I find this to be a very important story in that it further highlights the fact that the current war/civil unrest cycle is an interconnected global phenomenon. Since the parasitic Central Bank driven financial system is more or less entrenched in every country on earth, every country on earth is experiencing increased concentrations of wealth into the pockets of a handful of oligarchs. Meanwhile, those nations which heretofore had a middle class are finding that this entire socio-economic class is disappearing into the dustbin of history via a variety of methods, not the least of which is criminal quantities of student loans. These loans are pushing an entire generation into inescapable serfdom, while many university administrators are enriching themselves at their expense.

So it appears student loan based debt serfdom is also a major issue in Chile, and one activist, known as “Papas Fritas,” decided to take matters into his own hands. During a takeover at Universidad del Mar, he was able to get his hands on $500 million of student debt, which he subsequently torched. 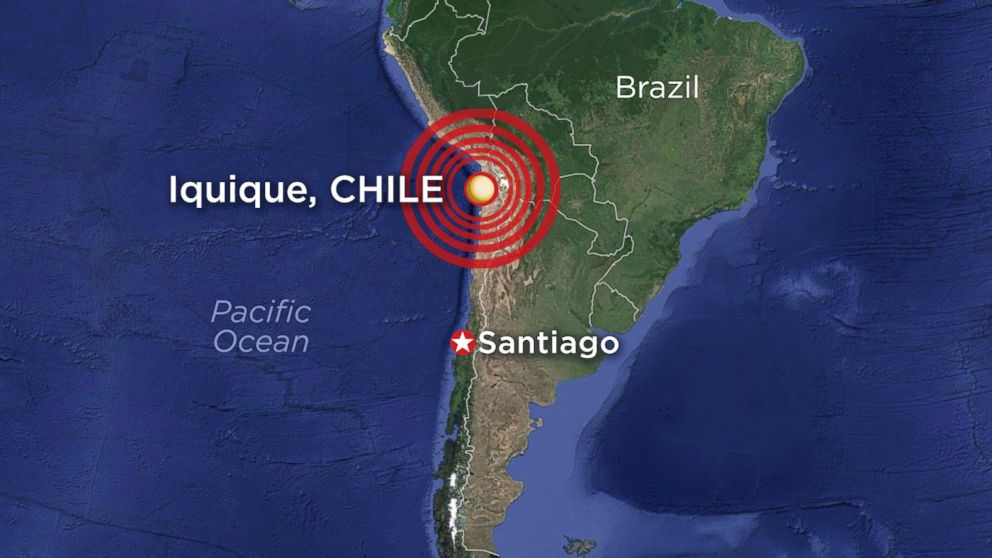 A strong 6.7-magnitude earthquake shook Chile’s northern Pacific shore on Sunday, and authorities said more than 100,000 people were evacuated from some coastal areas as a precaution. Only minor damage was reported.

The US Geological Survey originally reported the quake at a 7.0 magnitude but later downgraded it. The tremor struck offshore at 4.16pm at a depth of 20km. Its epicentre was 60km northwest of the Chilean port of Iquique. 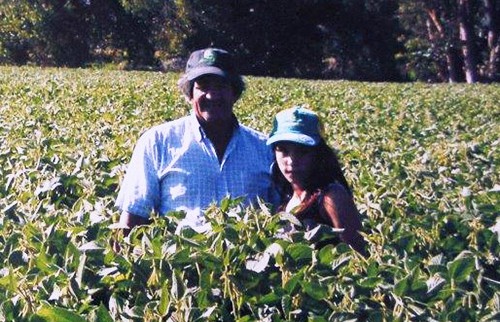 José Pizarro Montoya, a 38-year-old landless farmer from Melipilla (Santiago, Chile), and ex GMO producer (season 2009-2010) is the first and perhaps the only Latin American who has won a lawsuit against Monsanto/ANASAC for breach of contract.

A landless Chilean farmer has won a landmark lawsuit against Monsanto and thus exposed the dangers posed by the transnational corporation to the whole country.

He tried and failed to break the news at a GMO Seminar which took place on January 22 and was organized by Chilean Agriculture Secretary, Luis Mayol. There, international and national speakers preached about the goodness of GMO crops. Pizarro only wanted to speak out to the audience and share that he did not recommend any farmer to work for Monsanto growing GMO seeds for export, because they could end up ruined as he did, besides damaging the soil.

The US is ramping up pressure to secure a Trans-Pacific Trade Deal with conditions that could undermine the national interests of nations involved. WikiLeaks documents say talks are “paralyzed,” with the US refusing to compromise on disputed issues.