… and created it, together with the government, following orders from their elite masters.

Again, this is the ‘Greatest Depression’.

Wall Street is having a hard time figuring out what to do now that the U.S. economy appears to be sputtering and yields are so low, Peter Yastrow, market strategist for Yastrow Origer, told CNBC.

“What we’ve got right now is almost near panic going on with money managers and people who are responsible for money,” he said. “They can not find a yield and you just don’t want to be putting your money into commodities or things that are punts that might work out or they might not depending on what happens with the economy.

“We need to find real yield and real returns on these assets. You see bad data, you see Treasurys rally, you see all bonds and all fixed-income rally and then the people who are betting against the U.S. economy start getting bearish on stocks. That’s a huge mistake.”

Stocks extended losses after the manufacturing fell below expectations in May and the private sector added only 38,000 jobs during the month.

“Interest rates are amazingly low and that, thanks to Ben Bernanke, is driving everything,” Yastrow said. “We’re on the verge of a great, great depression. The [Federal Reserve] knows it.”

Read moreMarket Strategist: ‘We’re on the verge of a great, great depression. The Federal Reserve knows it.’ 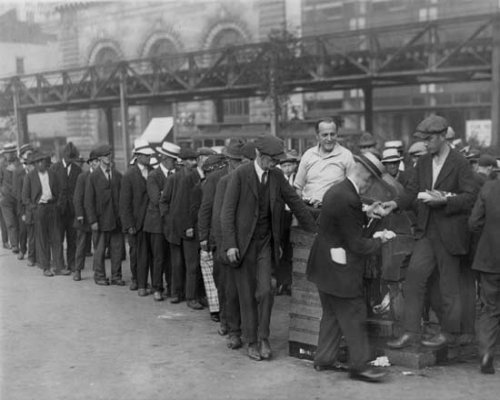 Home prices began double-dipping months ago, but now that S&P/Case Shiller has chimed in, it really must be so.

This report is the most widely-followed home price index, equally quoted in bank boardrooms, Treasury Department back rooms, and Congressional Committees.

The report finds home prices in Q1 of this year are now 2.9 percent below the previous quarterly bottom in Q1 of 2009, effectively giving up all the gains of the past few years, which were of course fueled by the home buyer tax credit.

“Just about everybody agrees we’re going to miss the seasonally strong period in 2011, which we should be at the very beginning of right now with May, but nobody thinks that will make any difference,” says S&P’s David Blitzer. “Everybody’s now keeping their fingers crossed for 2012 and wondering whether people just don’t want to own homes anymore.”

Keeping your fingers crossed for the housing market is just the tip of the iceberg. Prices have now fallen, on this index, more than they did during the Great Depression. “On that occasion, the peak in prices was not regained until 19 years after they first fell,” notes Paul Dales at Capital Economics. 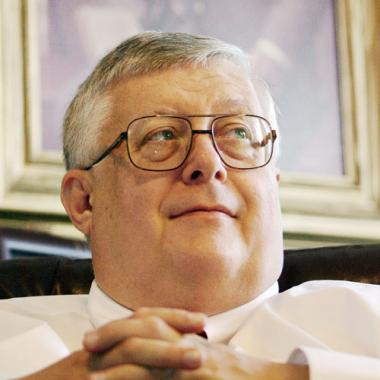 The other 93% will be destroyed in the coming greatest financial collapse. (1% will get richer.) 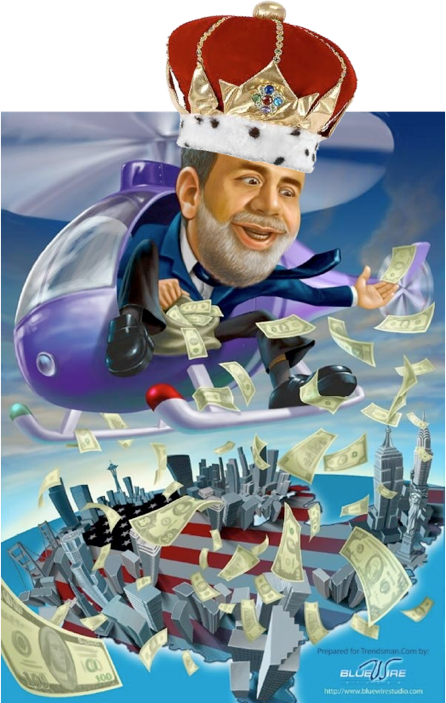 Wall Street at least temporarily relieved of the burden of having to buy Treasuries & Agency bonds, is looking at the jump in oil prices as nothing more than an irritant to their plans for a higher market. Bill Dudley of the NY Fed, a most powerful member, continues to make a vigorous defense of Federal Reserve policies. He, and a few other Fed participants, and Chairman Bernanke believe liquidity is the key for solving problems. That is not only in the realm of debt purchases, but in the relief it brings to Wall Street and banking. It relieves them of the responsibility of having to make those purchases to assist the Fed. Those funds can then be directed toward other investments, such as la liquidity-driven stock market rally. The correlation between the movements in the Fed balance sheet and market can be traced to 85% of market movement for the past 2-1/2 years. An interesting result of Fed manipulative policy is low level of short interest during this period. Most of the professional market players knew the market was headed higher, because they knew such overwhelming liquidity injections would have to take it higher.

They also knew that the Fed had to keep the wealth affect going, because the market was the only generator of wealth left, as the bond market bubble would be broken eventually. The Fed has engineered a market recovery and Wall Street knew what they were up too. QE1 saved the financial community and QE2 saved the government debt structure at least temporarily. The wealth effect has been saved temporarily as well. The public has been left with a pile of crumbs as they struggle for survival. Unemployment has improved ever so slightly and now we have a new problem to increase the suffering and that is much higher oil prices.

And this is the Greatest Depression!

Eric Sprott made an appearance at Casey Research Gold and Resource Summit where in addition to providing a succinct summary of all his monthly letters from the past year, whose forecasts are all gradually panning out, he spoke about the prospects for gold, and particularly silver.

We will leave it to readers to parse through the brief must watch clip, but here is the punchling for those wondering why increasingly more distributors are reporting indefinite lack of physical silver inventory:

“There’s $22 billion of silver available in the world, of which the ETFs already own half, and between you guys and us we probably own the other half… Which means there’s nothing left.”

Just in case you still haven’t watched this:

– US Home Sales in July: Record Drop Of 27 Percent, The Largest Monthly Drop On Record

The fake “recovery” was nice while it lasted, says famous apocalyptic forecaster Gerald Celente, founder of the Trends Research Institute. But now the fun’s over, and we’re headed for what Celente describes as the “Greatest Depression.”

Specifically, the always startling Celente says the country is headed for rising unemployment, poverty, and violent class warfare as the government efforts to keep the economy going begin to fail.

The crux of the problem, Celente argues, is that the middle class has been wiped out. America used to be a land of opportunity for all, where hard-working people could build their own small businesses in their own communities and live prosperous and fulfilling lives. But now a collusion of state and corporate interests that Celente describes as “fascism” have conspired to help only the biggest companies and the richest Americans. This has put a shocking amount of the country’s wealth in the hands of a privileged few and left the rest of the country to subsist on chicken-feed wages and low job satisfaction as Wal-Mart “associates” — or worse.

So what have the elitists planned for the US? Total collapse and/or WW III?

The Greatest Depression is here.

When Fed Chairman Ben Bernanke admits to seeing an “unusually uncertain” economy ahead, it’s pretty terrifying to imagine what he’s really thinking. What John Williams envisions-and he’s by no means looking to the far horizon-is a systemic collapse, a hyperinflationary great depression and the cessation of normal commerce. Despite that bleak outlook, however, when the economist and editor of ShadowStats.com sat down for this exclusive Energy Report interview, he also had some good news.

The Energy Report: A few months back, John, you said, “if you strangle liquidity you always contract an economy and deliberately or not, liquidity is being strangled, resulting in sharp declines in consumer credit, commercial and industrial loans.” Does this mean it would spur more economic growth if banks actually started lending?

John Williams: It sure wouldn’t hurt. We’re still seeing contractions in liquidity, and that’s adjusted for inflation. In real terms, M3 money supply is down almost 8% year-over-year. It’s the sharpest fall in the post -World War II era. It’s not so much the depth of the decline in the liquidity or the duration, but the fact that the liquidity turns negative year-over-year that signals the economy turning down.

We had the signal in December of 2009 indicating intensification of the downturn, in this case, within six to nine months. We’re in that timeframe now and see softening numbers. People are talking about a weaker economy. Even Mr. Bernanke has described the economy as “unusually uncertain” in terms of its outlook. Wording like that from the Fed is a pretty good indication that something’s afoot.