“A nation can survive its fools, and even the ambitious. But it cannot survive treason from within. An enemy at the gates is less formidable, for he is known and carries his banner openly. But the traitor moves amongst those within the gate freely, his sly whispers rustling through all the alleys, heard in the very halls of government itself. For the traitor appears not a traitor; he speaks in accents familiar to his victims, and he wears their face and their arguments, he appeals to the baseness that lies deep in the hearts of all men. He rots the soul of a nation, he works secretly and unknown in the night to undermine the pillars of the city, he infects the body politic so that it can no longer resist. A murderer is less to fear.”

… but sadly he was just another elite puppet … 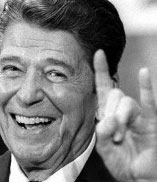 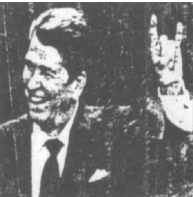 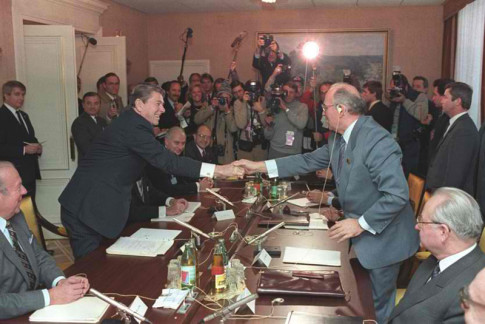 Plumlee said he and three other pilots ran tons of cocaine into U.S. military bases on return trips from delivering weapons to Contra rebels in Central America, and was warned by Camarena that he would be busted. Plumlee has a long and colorful history of working for the CIA, beginning with flying arms to Cuba before Fidel Castro’s takeover in the 1950s.

Former DEA El Paso boss: Agent Camarena had discovered the arms-for-drugs operation run on behalf of the Contras, aided by U.S. officials in the National Security Council and the CIA, and threatened to blow the whistle on the covert operation.

The National Security Agency has grown in power since the 9-11 terrorist attacks. The secretive spy agency has faced scandals during two successive presidential administrations, first under President George W. Bush, and now under President Barack Obama. But the NSA’s bulk collection of Americans’ metadata began long before that, at the beginning of President Ronald Reagan’s administration. In 1981, Reagan signed Executive Order 12333, which mandates the duties and foreign intelligence collection abilities of the 17 intelligence agencies in the US. The order is the superior authority guiding intelligence operations, including the ability to function outside the confines of a warrant or a court order upon approval of the attorney general. RT’s Ameera David looks at how Executive Order 12333 has changed the face of government spying over the last three decades. 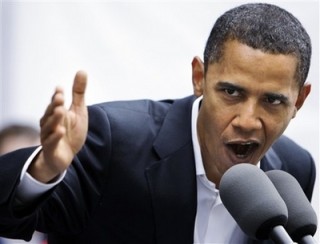 In an electoral system, run by and for a corporate oligarchy, deception and demagoguery are essential elements – entertaining the people while working for the wealthy.

Every US President has engaged, in one fashion or another, in ‘play acting’ to secure popular approval, neutralize hostility and distract voters from the reactionary substance of their foreign and domestic policies.

Every substantive policy is accompanied by a ‘down home’ folksy message to win public approval. This happened with President ‘Jimmy’ Carter’s revival of large-scale proxy wars in Afghanistan in the post-Viet Nam War period; Ronald Reagan’s genocidal wars in Central America, George Bush Sr.’s savaging of Iraq in the First Gulf War; ‘Bill’ Clinton’s decimation of social welfare in the US while bombing civilians in Yugoslavia and deregulating Wall Street; George Bush Jr.’s invasion and partition of Iraq and Afghanistan, the attempted coup in Venezuela and massive tax cuts for the rich; and Barack Obama’s staggering bailout of the biggest Wall Street speculators, unprecedented launching of five consecutive wars, and arrest and deportation of millions of immigrant workers. Each President has elaborated a style in order to ingratiate himself with the public while pursuing his reactionary agenda.

In rhetoric, appearance and in public persona, it is ‘de rigueur’ for US Presidents to present themselves as an ‘everyman’ while committing political actions – including war crimes worthy of prosecution.

It is better to see something one time than to hear it one hundred times.
Japanese proverb

We arrive in the box of a dump truck to a lush, fertile area near the Honduran border. We are guests in the Sandino section of this potato cooperative, which was decimated by a contra attack on May 20th. The CIA-backed terrorists came in the night- burning homes, cutting babies from pregnant women, castrating and skinning men alive. They tacked the head of a respected village leader to a post at the cooperative entrance and blew up a warehouse full of seed potatoes which had just been harvested.

Their main objective, under orders from Washington, is to undermine the economic base of the cooperative system and to terrorize residents into giving up this communal way of life. The Sandinista revolution for the Nicaraguan poor is based on expropriated Somoza family land. The Somozas had owned 60% of the country’s land before being overthrown in 1979. The seed potatoes stored in the warehouse were intended to supply every cooperative in Nicaragua. Millions of cordobas- profits from the seed potato crop- were to be distributed the very next day to members. Instead, no one received a centavo, whole families were butchered and their village, fields and school were destroyed.

Unhindered, campesinos dressed in military fatigues continue to vigilantly work the land today. Others tend livestock- though much of the cattle herd has also been killed- or dig trenches around the coop’s perimeter to defend against the inevitable next attack. I eagerly join the trench brigade. I am here with a group called Witness for Peace, which opposes Reagan Administration support for the contras and sends several delegations a year to monitor the atrocities of these “freedom fighters”.

After a long day’s work, coop members show their appreciation by butchering one of their two remaining cows in our honor. After dinner a mother tells me how the contras had gone around killing wounded civilians by cutting them up into little pieces. Another man tells me that the leader of the contra raid was a tall white-skinned man with blond hair who he is sure was North American. Teenage girls are busy teaching older folks to read. Teenage boys are shining their AK-47 assault rifles.

This video presents one of the most provocative interviews ever conducted by Ted Gunderson, a retired FBI Senior Special Agent in Charge. It is with Gene “Chip” Tatum, a former CIA black ops assassin who is/was also an Iran-Contra and OSG2 NWO insider. In this video, you’ll hear Chip discuss his involvement in Operation Red Rock, Task Force 160 and OSG2. You’ll hear him reveal the names of high profile officials who were integrally involved in these CIA covert killing sprees and narco-trafficking: Oliver “Ollie” North, Ronald Reagan, George H.W. Bush and Bill Clinton. You’ll learn from an “insider” about outrageous U.S. government felony crime and corruption and the impending New World Order destruction of America. You’ll hear his amazing insight concerning the Nixon Administration and the dirty politics of the Vietnam War. This is the last interview prior to his sudden disappearance in the winter of 1998.

LATEST UPDATE: Chip’s tortured body has been reported to have washed up on a beach in Panama in early 2007.