The Pentagon carried out a series of secret chemical and biological weapons tests on American military personnel in the 1960s and 1970s, McClatchy DC reports.

Known as Project 112 and Shipboard Hazard and Defense (SHAD), some 6,000 military personnel were involved in the tests, most from the Army and Navy.

Germany’s Defense Ministry has reportedly warned armed forces deployed in Hamburg area of possible attacks from ‘violent left-wing extremist protesters,’ ordering a ban on military uniforms outside the barracks during the G20 summit.

“Soldiers in uniform who are moving around the city during the announced protests could be the target of spontaneous attacks by violent left-wing extremist protesters,” Spiegel Online cited an internal memo from the defense ministry as saying. It is reported that the order followed the military counterintelligence service’s (MAD) findings on G20 protests.

Read moreDear US Soldiers And Veterans: Avoid The Following Hospitals Like The Plague 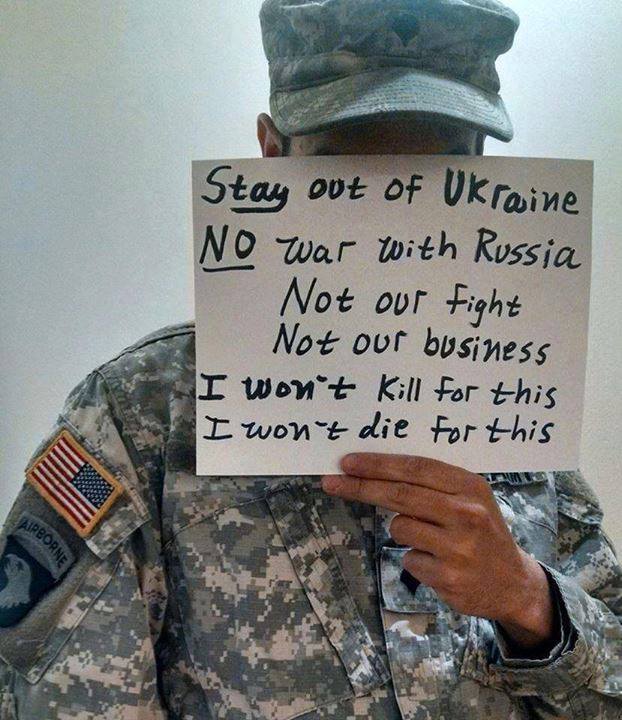 For similar pictures in connection with Syria, see this.

For some reason the embed code is not working.

The US government’s treatment of wounded and ill American soldiers who return to their country is “a betrayal”, says James Henry Fetzer, an editor at Veterans Today.

The Colorado Springs Gazette published a comprehensive account in May which showed a growing number of wounded and mentally ill American soldiers are being kicked out of the service for misconduct related to their wartime injuries, often with no benefits.

“It’s a betrayal by the government of our young men and women,” said Fetzer in a phone interview with Press TV on Sunday.

“As a former Marine Corps officer, I’ve been profoundly disturbed by this report of the Army improperly discharging wounded and ill soldiers from its conduct which is or appears to be a strategy or policy for depriving them of lifelong medical treatment,” he added.

As Christmas 2011 approached, U.S. Army medic Shawn Aiken was once again locked in desperate battle with a formidable foe. Not insurgents in Iraq, or Taliban fighters in Afghanistan – enemies he had already encountered with distinguished bravery.

This time, he was up against the U.S. Defense Department.

Aiken, then 30 years old, was in his second month of physical and psychological reconstruction at Fort Bliss in El Paso, Texas, after two tours of combat duty had left him shattered. His war-related afflictions included traumatic brain injury, severe post-traumatic stress disorder (PTSD), abnormal eye movements due to nerve damage, chronic pain, and a hip injury.

But the problem that loomed largest that holiday season was different. Aiken had no money. The Defense Department was withholding big chunks of his pay. It had started that October, when he received $2,337.56, instead of his normal monthly take-home pay of about $3,300. He quickly raised the issue with staff. It only got worse. For all of December, his pay came to $117.99.

All Aiken knew was that the Defense Department was taking back money it claimed he owed. Beyond that, “they couldn’t even tell me what the debts were from,” he says.

At the time, Aiken was living off base with his fiancee, Monica, and her toddler daughter, while sharing custody of his two children with his ex-wife. As their money dwindled, the couple began hitting church-run food pantries. Aiken took out an Army Emergency Relief Loan to cover expenses of their December move into a new apartment. At Christmas, Operation Santa Claus provided the family with presents – one for each child, per the charity’s rules.

Eventually, they began pawning their possessions – jewelry, games, an iPhone, and even the medic bag Aiken used when saving lives in Afghanistan. The couple was desperate from “just not knowing where food’s going to come from,” he says. “They just hit one button and they take your whole paycheck away. And then you have to fight to get the money back.”

A former US assassination drone pilot says he quit the force after feeling “numb” about seeing a child and other civilians blown away in his remote bombing of targets in Afghanistan and realizing he has unconsciously developed a desire to kill. 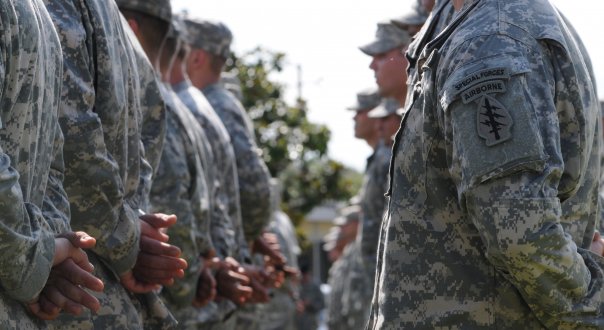 Over 1000 Green Berets have signed a letter re-asserting their oath to support and defend the Constitution by protecting the second amendment rights of American citizens.

The letter, which originally featured at ProfessionalSoldiers.com, was written by “current or former Army Reserve, National Guard, and active duty US Army Special Forces soldiers.”

It highlights the fact that the Constitution was drafted primarily as a means of protecting citizens against “governmental tyranny and/or oppression,” further citing the words of Supreme Court Justice Joseph Story, who outlined the purpose of the second amendment when he stated, “The right of the citizens to keep and bear arms has justly been considered, as the palladium of the liberties of a republic; since it offers a strong moral check against the usurpation and arbitrary power of rulers; and will generally, even if these are successful in the first instance, enable the people to resist and triumph over them.”

“Throughout history, disarming the populace has always preceded tyrants’ accession of power. Hitler, Stalin, and Mao all disarmed their citizens prior to installing their murderous regimes,” states the letter. “At the beginning of our own nation’s revolution, one of the first moves made by the British government was an attempt to disarm our citizens. When our Founding Fathers ensured that the 2nd Amendment was made a part of our Constitution, they were not just wasting ink. They were acting to ensure our present security was never forcibly endangered by tyrants, foreign or domestic.”