Richard C. Cook (born October 20, 1946) is a former U.S. federal government analyst, who was instrumental in exposing White House cover-ups regarding the Space Shuttle Challenger disaster of 1986. As a witness to the incident and a participant in the subsequent investigations, Cook provided key document to The New York Times and testified before the Rogers Commission. In 1990, he received the Cavallo Foundation Award for Moral Courage in Business and Government for his testimony. In 2007, his memoirs of the tragedy were published in a book entitled, Challenger Revealed: An Insider’s Account of How the Reagan Administration Caused the Greatest Tragedy of the Space Age. (Wikipedia)

The world is indeed changing, in ways different from what the imperialists have planned. They may try to wreck the world to prevent these changes, but it won’t work. As Steiner and other prophetic thinkers made clear, at-one-ment is here and now. Nothing else in fact has ever really existed. 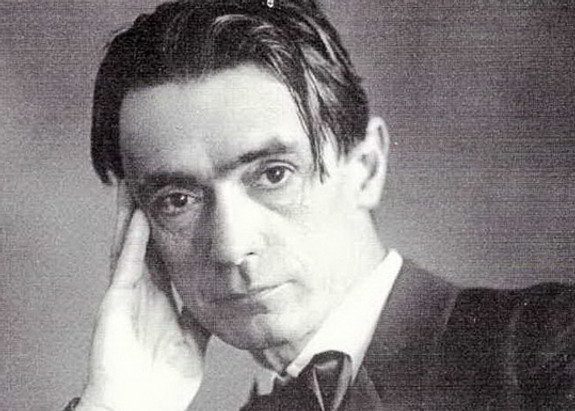 Rudolf Steiner (1861-1925) was an Austrian philosopher and esotericist and founder of one of the key modern spiritual movements in the West. He is best known for his books and lectures before and after World War I, when he founded the Anthroposophical Society with its present-day headquarters in Dornach, Switzerland. After World War I, Steiner and his work were criticized viciously by right-wing nationalists in Germany, which caused him to give up his residence in Berlin. Among the critics was Adolf Hitler, who attacked him in print as a traitor to Germany for his efforts to promote peace.

The work of prophetic thinkers like Rudolf Steiner makes clear that the history of humanity proceeds through the evolution of consciousness, where changes take place in the psyche of people well in advance of their outward manifestations. Thus an understanding of what is happening before our eyes is never simple, nor can it be taken at face value. Discernment requires a level of knowledge that can only be achieved through study and insight.

But only an approach that penetrates deeply into human nature allows us to see the real inner causes of events. Such causes can be positive or negative, constructive or destructive. It is the genius and dilemma of man that we can choose which influences we serve. As Steiner prophesied almost a century ago, we appear today to be at a pivotal point where how we make such choices can determine the fate of the world.