– “CalPERS Is Near Insolvency; It Needs A Bailout Soon” – Former Board Member Makes Stunning Admission:

Two weeks ago, in the aftermath of the February 5 volocaust, we quoted David Hunt, CEO of $1.2 trillion asset manager PGIM, who said ignore the volatility spike, the real financial timebomb was and remains public pensions: “if you were going to look for what’s the possible real crack in the financial architecture for the next crisis, rather than looking in the rearview mirror, pension funds would be on our list.”

In a brief discussion wondering what municipalities and states will do when local tax revenues decline and unemployment worsens, Hunt said “we’re worried about those pension obligations.”

He is hardly alone: having reported over and over and over (and over, and over) again that public pensions are in deep trouble, two days ago none other than Steve Westly, former California controller and Calpers board member – manager of the largest public pension fund in the US, made a stunning admission, confirming everything:

Read more“CalPERS Is Near Insolvency; It Needs A Bailout Soon” – Former Board Member Makes Stunning Admission

While we’ve yet to experience any large municipal pension failures, which is just a matter of ‘when’ rather than ‘if’, the small pension failures sprinkled across the state of California are starting to pile up.* * *

While we have often documented the dramatic underperformance by the hedge fund industry over the past decade courtesy of a centrally-planned market in which it no longer pays to “hedge”, culminating with countless hedge fund closures and substantial redemptions (mostly by now redundant Fund of Funds managers), today we learn that “vanilla” asset managers were also hurt over the past year in which the S&P went nowhere, and not just in Japan where the gargantuan, $1.4 trillion GPIF recently suffered major losses, but in the US as well.

Case in point: Calpers, the largest U.S. public pension fund which as the WSJ reports posted its lowest annual gain since the last financial crisis due to heavy losses in stocks.

The California Public Employees’ Retirement System, or Calpers, said it earned 0.6% on its investments for the fiscal year ended June 30, according to a Monday news release, barely turning a profit fro the full year. The last time Calpers lost money was during fiscal 2009 when the fund’s holdings fell 24.8%.

The dumbest of the dumb money has finally decided now is the time to buy Manhattan apartments.  The California Public Employees’ Retirement System (colloquially known as Calpers) just loves taking assets off of other people’s hands at the top.  Let’s not forget the 10,200-acre desert site in Arizona they bought for $400 million in 2006, which was then sold for $32.5 million in 2011.  Well the not so savvy managers of California’s retirement funds are at it again, once again paying the sum of $400 million, but this time for 345 apartments in Manhattan’s wildly overinflated real estate market.  If there was ever the equivalent of a bell ringing at the top this has to be it.

– Billionaire Eric Sprott: ‘There Isn’t A Solution To The Problem’ – ‘If The People Had Any Sense They Would Be Buying (PHYSICAL) Gold And/Or Silver’

“Thank you ZIRP, may we have another.” This is what the 1.6 million workers who have invested their retirement money with America’s largest pension fund, California’s CALPERS, may want to ask Chairman Ben following the firm’s just announced results for Fiscal 2012 (ended June 30). The end result: +1% nominal return, which means a negative real return. And this is even including the now traditional end of June ramp which this year came courtesy of the now largely irrelevant European summit, which nonetheless ramped stocks and likely meant the difference for Calpers between positive and negative on the year! Sadly just one “another” year would not be enough, but a whopping 7 more would be needed, because as is well known, for all actuarial purposes Calpers, as well as the bulk of US pension funds, use a 7.5% discount rate. In other words, Calpers missed the minimum return it needs to not require overfunding by, oh… 87%. Here is Calper’s Mea Culpa: “CalPERS 1 percent return is below the fund’s discount rate of 7.5 percent, a long-term hurdle lowered recently in response to a steady decline in inflation and as part of CalPERS routine evaluation of economic assumptions.” At this rate, courtesy of ZIRP and the destruction of equities as an asset class, until the 2s30s is flat, and we have terminal wheelbarrow lift off, Calpers will no choice but to keep revising lower and lower until its discount rate is negative in line with the imminent advent of NIRP. Good luck with those actuarial tables with a negative discount rate.

“If we have a recovery at all, it isn’t sustainable,” Kevin Harrington, managing director at Clarium, said in an interview at the firm’s New York offices. “This is more likely a ski-jump recession, with short-term stimulus creating a bump that will ultimately lead to a more precipitous decline later.”

– CalPERS Invested More than $110 Million with Former ‘Car Czar’ CalPERS has invested more than $110 million with financier Steven Rattner, who resigned as President Barack Obama’s “car czar” amid an investigation into his dealings with New York’s public employee pension fund.

Guest is Mike Morgan of GoldmanSachs666.com

Mike Morgan: “Obama is the worst thing that could happen in the US.”

Read moreOn the Edge with Max Keiser (09/04/09): The Banksters have free reign in America

– CalPERS Invested More than $110 Million with Former ‘Car Czar’
CalPERS has invested more than $110 million with financier Steven Rattner, who resigned as President Barack Obama’s “car czar” amid an investigation into his dealings with New York’s public employee pension fund. 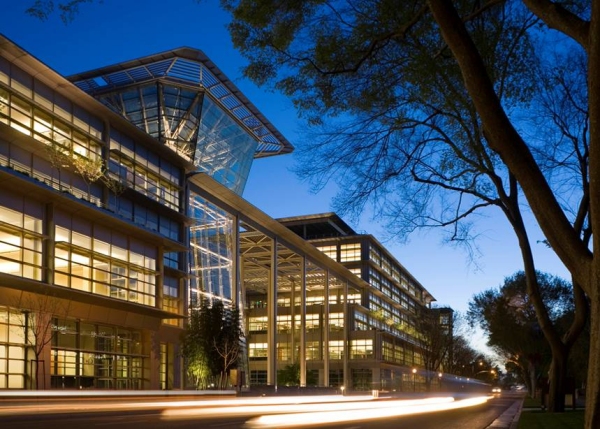 The CalPERS chief actuary says pension costs are “unsustainable,” and the giant public employee pension system plans to meet with stakeholders to discuss the issue.

“I don’t want to sugarcoat anything,” Ron Seeling, the CalPERS chief actuary said as he neared the end of his comments. “We are facing decades without significant turnarounds in assets, decades of — what I, my personal words, nobody else’s — unsustainable pension costs of between 25 percent of pay for a miscellaneous plan and 40 to 50 percent of pay for a safety plan (police and firefighters) … unsustainable pension costs. We’ve got to find some other solutions.”

Dwight Stenbakken of the League of California Cities told the seminar that pension benefits are “just unsustainable” in their current form and difficult to defend politically.

“I think it’s incumbent upon labor and management to get together and solve this problem before it gets on the ballot,” he said.

“I actually think it is sustainable,” said Terry Brennand of the Service Employees International Union. He said the basic problem is investment losses, not high benefit levels.

“What is sustainable?” said Lou Paulson of the California Professional Firefighters. He said proposals to extend the retirement age for firefighters from 50 to 55 would result in more injuries with advancing age, driving up workers’ compensation costs.

Sustainability In Eyes Of Beholder

The California Firefighters Association and the Service Employees International Union think the plan is sustainable. I think it is too, if they are willing to put 25% of their pretax pay in every year at retire at 60 after 25 years of service.

Otherwise, they are speaking as extremely biased beneficiaries of massive public handouts, not as impartial unbiased observers.

8% annual returns are not sustainable, at least not with long-term yields at 3.5%. Indeed chasing performance is one of the reasons CalPERS suffered the losses it did. CalPERS is attempting to get 8% returns in a 4% return world.

Perhaps the crisis is just too noticeable to deny any longer, but it’s refreshing to see a bit of reality from CalPERS even as the unions are in a massive state of denial.