– If You Love America, Call Your Congress Member TODAY and Say NO TPP (Vote Is TOMORROW) (Washington’s Blog, June 11, 2015)

The House of Representatives is voting tomorrow to pass Fast Track authority for the horrible TPP treaty (it already passed the Senate).  If Fast Track is approved, TPP will quickly pass without amendment.

TPP would destroy everything that America stands for. And see this, this, this and this.

But the mainstream media is censoring and ignoring the whole issue.

Senator Warren says that dozens of members of congress are undecided.

Call your Congress critter right now … and tell them no to TPP and no to Fast Track Authority!

Postscript:  Remember, we stopped SOPA … even though they said it couldn’t be done. If everyone picks up the phone right now, we can stop TPP! 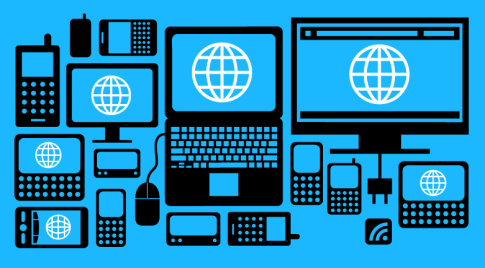 – Net Neutrality (Save The Internet):

On Jan. 14, 2014, the U.S. Court of Appeals in Washington, D.C., struck down the Federal Communications Commission’s Open Internet Order.

And on May 15, the FCC voted to propose a new “open Internet” rule that may let Internet service providers charge content companies for priority treatment, relegating other content to a slower tier of service.

Under these rules, telecom giants like AT&T, Comcast and Verizon would be able to pick winners and losers online and discriminate against online content and applications.

We must stop the FCC from moving forward with these rules.

Here’s how we got here:

Exactly one year ago today, the world lost a kind, brilliant and courageous human being. Aaron Swartz, who had already accomplished so much in his short time with us, was driven to suicide by an out of control, unenlightened and increasingly fascistic government, determined to prosecute this gentle genius.

In remembrance of Aarron, I am reposting in full, the post I wrote about him and his story shortly after his death one year ago titled: Remembering Internet Prodigy and Activist Aaron Swartz (1986-2013): Your Life is an Inspiration.

Remembering Internet Prodigy and Activist Aaron Swartz (1986-2013): Your Life is an Inspiration

It takes a person like Aaron Swartz to remind you how little you are actually doing to bring forth social, political and economic justice in this increasingly insane and sick world.  I’m not exaggerating when I say his life was an inspiration.   At 14 years old he helped start the RSS feed system, which so many now use to read content online.  He also co-founded Reddit, and its sale to Conde Nast is what afforded him the resources to dedicate his life to the defense of a free and open internet.  His most remarkable success in this regard was the creation of the organization Demand Progress, which was instrumental in defeating the internet censorship bill know as SOPA (the Stop Online Piracy Act).

The most ridiculous provisions of the defeated SOPA are put back on the table. Obama Administration wants online streaming to be a felony.

You probably remember the online outrage over the Stop Online Piracy Act (SOPA) copyright enforcement proposal. Last week, the Department of Commerce’s Internet Policy Task Force released a report on digital copyright policy that endorsed one piece of the controversial proposal: making the streaming of copyrighted works a felony.

As it stands now, streaming a copyrighted work over the Internet is considered a violation of the public performance right. The violation is only punishable as a misdemeanor, rather than the felony charges that accompany the reproduction and distribution of copyrighted material.

SOPA attempted to change that in Section 201, aptly titled “Streaming of copyrighted works in violation of criminal law.” Some have suggested that the SOPA version and an earlier stand-alone piece of legislation from Sen. Amy Klobuchar (D-Minn.) would have criminalized covers of songs shared on Youtube.

A slightly more colorful explanation of this development is in the video below:

Ben Bernanke, ‘THE HERO’ & ‘PERSON OF THE YEAR’, Destroyed By Alan Grayson (Video)

– First Congressman Allowed to Read Secret Treaty Says “This … Hands The Sovereignty of Our Country Over to Corporate Interests” (ZeroHedge, June 19, 2013):

Democratic Senator Wyden – the head of the committee which is supposed to oversee it – is so furious about the lack of access that he has introduced legislation to force disclosure.

Republican House Oversight Committee Chairman Darrell Issa is so upset by it that he has leaked a document on his website to show what’s going on.

What is everyone so furious about?

An international treaty being negotiated in secret which would not only crack down on Internet privacy much more than SOPA or ACTA, but would actually destroy the sovereignty of the U.S. and all other signatories.

It is called the Trans-Pacific Partnership (TPP).

Wyden is the chairman of the trade committee in the Senate … the committee which is supposed to have jurisdiction over the TPP.

Wyden is also on the Senate Intelligence Committee, and so he and his staff have high security clearances and are normally able to look at classified documents.

And yet Wyden and his staff have been denied access to the TPP’s text.

Indeed, the decision to keep the text of TPP secret was itself classified as secret:

(I have also received a tip from a credible inside source that TPP contains provisions which would severely harm America’s national security. Specifically, like some previous, ill-conceived treaties, TPP would allow foreign companies to buy sensitive American assets which could subject us to terror attacks or economic blackmail.)

Yesterday, Congressman Alan Grayson (who knows how to read legislation … he was a successful lawyer before he was elected to Congress, and has written and co-sponsored numerous bills himself including the bill to audit the Federal Reserve and – most recently – the “Mind Your Own Business Act” to stop NSA spying) announced that he had been allowed to read the text of TPP – and that it is  an anti-American power grab by big corporations:

Last month, 10,000 of us submitted comments to the United States Trade Representative (USTR), in which we objected to new so-called free trade agreements. We asked that the government not sell out our democracy to corporate interests.

Because of this pressure, the USTR  finally let a member of Congress – little ole me, Alan Grayson [anyone who’s seen Grayson in action knows that he is formidable] – actually see the text of the Trans-Pacific Partnership (TPP). The TPP is a large, secret trade agreement that is being negotiated with many countries in East Asia and South America.

The TPP is nicknamed “NAFTA on steroids.”  Now that I’ve read it, I can see why. I can’t tell you what’s in the agreement, because the U.S. Trade Representative calls it classified. But I can tell you two things about it.

1)    There is no national security purpose in keeping this text secret.

2)    This agreement hands the sovereignty of our country over to corporate interests.

3)    What they can’t afford to tell the American public is that [the rest of this sentence is classified].

I will be fighting this agreement with everything I’ve got. And I know you’ll be there every step of the way. 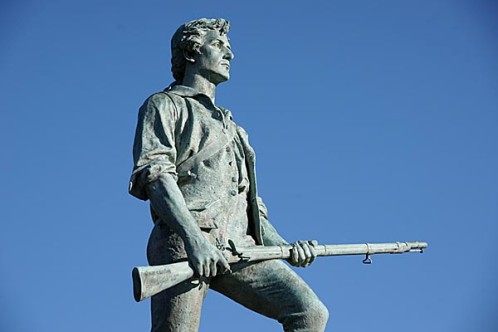 ll political power comes from the barrel of a gun. The communist party must command all the guns, that way, no guns can ever be used to command the party – Mao Tse Tung

After a shooting spree, they always want to take the guns away from the people who didn’t do it. I sure as hell wouldn’t want to live in a society where the only people allowed guns are the police and the military – William Burroughs

Revolution?  Yes, it all sounds rather “extreme”, but the cold hard reality of our era is not going to comfort us with diplomacies and niceties, so honestly, why should I have to sugar coat anything?  We live in extreme times and there is no longer room for prancing around the ultimate consequences of that which is taking place in America today.  This country is increasingly sliding towards the edge of internal conflict.  The Liberty Movement and true Constitutionalists see it, subsections of Republicans and Democrats see it, and most of all, the federal government sees it.  In fact, they may even be counting on it.

Over the past two years alone, multiple draconian policies have been enacted through executive order by the Obama Administration which build upon the civil liberty crushing actions of George W. Bush and press far beyond.  The Patriot Acts, the FISA domestic spy bill, the bailouts of corrupt international banks, attempts at CISPA and SOPA, actions like the NDAA authorizing the treatment of U.S. citizens as “enemy combatants” without rights to due process; all paint a picture so clear only a one-celled amoeba (or your average suburban yuppie) would not see it.  You and I, and everyone else for that matter, have been designated potential targets of the state.  Our rights have been made forfeit.