In case you missed it, last Sunday German artist Oliver Bienkowski projected a giant image of Kim Dotcom on the U.S. embassy in Berlin coupled with the phrase “United Stasi of America.” The entire thing lasted about 30 seconds and was extremely good natured and humorous. However, it seems German “authorities” don’t appreciate being out-Stasied by the USSA, and in an attempt to demonstrate their authoritarianism are looking to criminally charge Mr. Bienkowski. After all, in the Western “civilized” world these days, freedom of speech leads to criminal charges, while the theft of trillions leads to bonuses and promotions.  From ArsTechnica:

A German artist may now potentially face criminal charges in Germany after he projected a huge image onto the walls of the United States Embassy in Berlin last Sunday.

The image was of fellow German Kim Dotcom, the embattled founder of Megaupload, along with the phrase “United Stasi of America,” referring to the secret police of former East Germany. Oliver Bienkowski videoed the event and set the video to a song that Dotcom had previously recorded, entitled “Mr. President,” which includes lines like: “What about free speech, Mr. President?”

His possible crime? Violation of Paragraph 103 of the German Penal Code (Google Translate), which forbids insulting foreign heads of state, members of foreign governments, or other foreign diplomatic staff in Germany—and is punishable by “up to three years in prison.” If combined with libel charges, that sentence can increase to up to five years.

Watch the video yourself to witness this heinous crime of human expression. 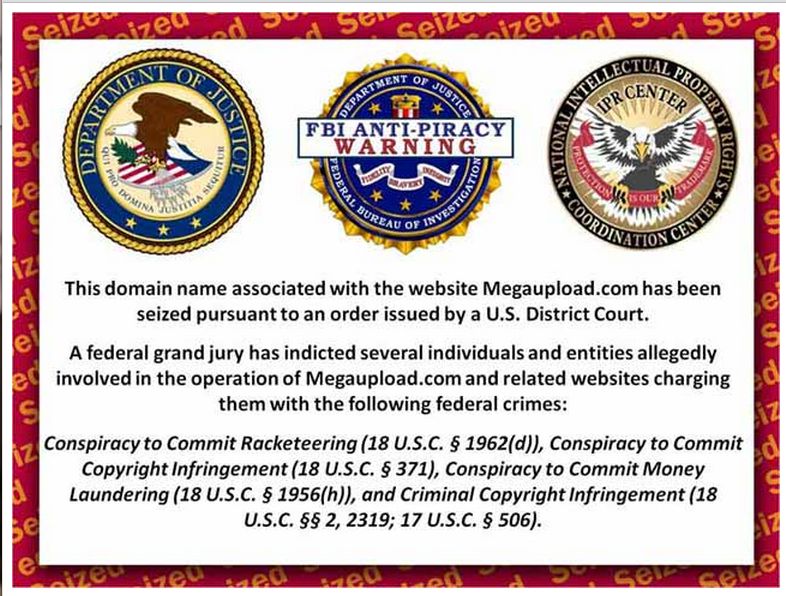 “Arrests were made at a number of homes in Auckland, New Zealand, on warrants issued by US authorities.”

“In all, addresses in nine countries including the US were raided as part of massive international operation.”

Police in New Zealand have arrested four men after US authorities shut down the filesharing site Megaupload, including founder Kim Dotcom Link to this video

The US government has closed down one of the world’s largest filesharing websites, accusing its founders of racketeering, money laundering and presiding over “massive” online piracy.