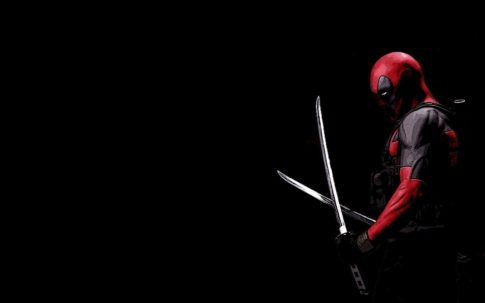 Fresno, CA  —A Fresno, California, man is facing prison after allegedly uploading the movie Deadpool to his Facebook account. Twenty-one-year-old Trevon Maurice Franklin was arrested and charged with copyright infringement Tuesday morning following a federal investigation that accused him of uploading the Hollywood blockbuster eight days after its release in theaters in February 2016.

Deadpool broke records last year when it became the highest-grossing R-rated film in history, raking in $783 million at the box office. 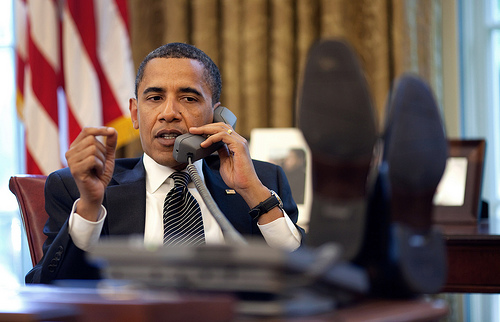 – Obama’s Super Secret Treaty Which Will Push The Deindustrialization Of America Into Overdrive (Economic Collapse, June 3, 2013):

Did you know that Barack Obama has been secretly negotiating the most important trade agreement since the formation of the World Trade Organization?  Did you know that this agreement will impose very strict Internet copyright rules, ban all “Buy American” laws, give Wall Street banks much more freedom to trade risky derivatives and force even more domestic manufacturing offshore?  If you have not heard about this treaty, don’t feel bad.  Obama has refused to even give Congress a copy of the draft agreement and he has banned members of Congress from attending the negotiations.  The plan is to keep this treaty secret until the very last minute and then to railroad it through Congress and have it signed into law by October.  The treaty is known as “the Trans-Pacific Partnership”, and the nations that are reported to be involved in the development of this treaty include the United States, Canada, Japan, South Korea, Australia, New Zealand, Chile, Peru, Brunei, Singapore, Vietnam and Malaysia.  Opponents of this treaty refer to it as “the NAFTA of the Pacific”, and if it is enacted it will push the deindustrialization of America into overdrive.The “one world” economic agenda that Barack Obama has been pushing is absolutely killing the U.S. economy.  As you will see later in this article, we are losing jobs and businesses at an astounding pace.  And each new “free trade” agreement makes things even worse.

For example, just check out the impact that the recent free trade agreement that Obama negotiated with South Korea is having on us…

The body representing Ireland’s main newspapers is demanding a minimum of $400 for third parties to directly link their articles, sparking an unprecedented copyright row which strikes at the very heart of sharing content on the World Wide Web.

The Justice Department isn’t exactly winnings its war on intellectual property theft — the attorney general says so himself. Until then, though, that doesn’t mean they are going to start going soft.

A Mississippi man was sentenced to 15 years behind bars and another three under supervised release this week after pleading guilty to selling five counterfeit DVDs and one bootleg music CD to an undercover agent.

– ﻿Guilty until proven innocent: Families will have to pay £20 to show they DIDN’T illegally download music under new law (Daily Mail, June 26, 2012):

Internet users who illegally download music, movies and e-books will be sent warning letters in a crackdown that could lead to court action for copyright theft.

A new regime to tackle online piracy will in effect treat individuals as ‘guilty until proven innocent’.

Those wrongly accused of illegal downloading will have to pay a £20 fee to appeal in a move that has angered consumer groups.

The controls on internet piracy, due to come into effect in early 2014, were outlined yesterday by the broadcasting regulator Ofcom under the Digital Economy Act 2010.

The same Act includes punishments that could, in future, see accused families having their internet service slowed down, capped or even cut off.

Vatican City, Dec 19, 2009 / 12:23 pm (CNA).- The Vatican made a declaration on the protection of the figure of the Pope on Saturday morning. The statement seeks to establish and safeguard the name, image and any symbols of the Pope as being expressly for official use of the Holy See unless otherwise authorized.

The statement cited a “great increase of affection and esteem for the person of the Holy Father” in recent years as contributing to a desire to use the Pontiff’s name for all manner of educational and cultural institutions, civic groups and foundations.

Due to this demand, the Vatican has felt it necessary to declare that “it alone has the right to ensure the respect due to the Successors of Peter, and therefore, to protect the figure and personal identity of the Pope from the unauthorized use of his name and/or the papal coat of arms for ends and activities which have little or nothing to do with the Catholic Church.”

The declaration alludes to attempts to use ecclesiastical or pontifical symbols and logos to “attribute credibility and authority to initiatives” as another reason to establish their “copyright” on the Holy Father’s name, picture and coat of arms.

“Consequently, the use of anything referring directly to the person or office of the Supreme Pontiff… and/or the use of the title ‘Pontifical,’ must receive previous and express authorization from the Holy See,” concluded the message released to the press.