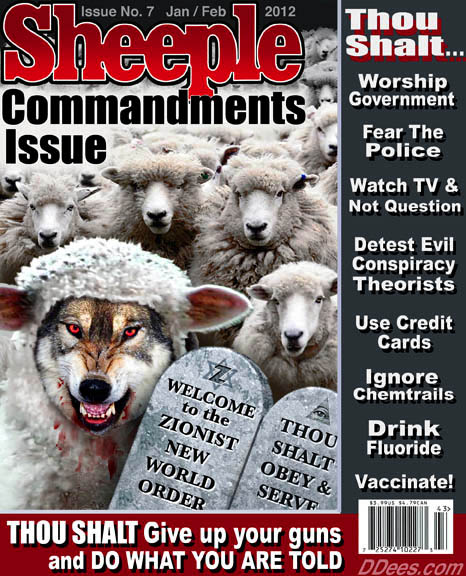 – The Wolf Is Guarding the Hen House: The Government’s War on Cyberterrorism (The Rutherford Institute, March 17, 2015):

“The game is rigged, the network is bugged, the government talks double-speak, the courts are complicit and there’s nothing you can do about it.”
—David Kravets, reporting for Wired

Nothing you write, say, text, tweet or share via phone or computer is private anymore. As constitutional law professor Garrett Epps points out, “Big Brother is watching…. Big Brother may be watching you right now, and you may never know. Since 9/11, our national life has changed forever. Surveillance is the new normal.”

This is the reality of the internet-dependent, plugged-in life of most Americans today.

Read moreThe Wolf Is Guarding the Hen House: The Government’s War on Cyberterrorism

The dog belonging to the Spanish nurse confirmed to have Ebola has been killed, despite a massive social media campaign and vigil by animal rights activists outside her flat.

The mixed-breed canine, called Excalibur, was finally put to sleep in the Complutense University of Madrid veterinary hospital on Wednesday at 14:30 local time, the Spanish daily El Mundo reports, citing sources at the university.

– Google Engineer Wins Award from the NSA and then Slams it (Liberty Blitzkrieg, July 29, 2013):

“In accepting the award I don’t condone the NSA’s surveillance. Simply put, I don’t think a free society is compatible with an organisation like the NSA in its current form.”
– Dr. Joseph Bonneau

In case you weren’t aware, Dr. Joseph Bonneau, a google engineer, received an award for the Best Scientific Cybersecurity Paper of 2012 from the National Security Agency’s first annual “Science of Security Competition” on July 19th. He experienced such mixed emotions upon its receipt that he felt the need to express them publicly in a blog post. We should all be thankful he had the courage to do so.

Read moreGoogle Engineer Dr. Joseph Bonneau Wins Award From The NSA And Then Slams It

If you forgot about CISPA, it’s the latest version of the internet spying bill that Congress has been trying to pass for years. So not only did Edward Snowden alert the American public and the world of the extraordinarily unconstitutional and immoral activities of the NSA and U.S. government, his information also stopped CISPA dead in its tracks…at least for now.  It seems the plan is to reintroduce the bill in the fall, by which time the powers that be assume the S&P 500 will be up another 200 points and the public won’t even remember what the NSA is.

US lawmakers have been trying for the past two years to pass new bills that would set up information sharing programs between tech companies and the government. But those bills, including the controversial Cyber Intelligence Sharing and Protection Act (CISPA), look like they will be spending even more time in legislative limbo. Bloomberg news reports today that House and Senate lawmakers are holding back on introducing their own versions of CISPA or similar cyber information sharing legislation till at least this fall, due primarily to the public outcry following the revelations of the NSA’s secret internet spying program PRISM and its surveillance of millions of personal phone records.

Give them an inch and they will take a mile. That is how power-hungry tyrants interpret any law.

The PATRIOT Act and the FISA court led to the blanket wiretapping of every American citizen and a PRISM lens into all Internet activity for the NSA.

The Senate will not take up the controversial cybersecurity bill, is drafting separate legislation

CISPA is all but dead, again.

The controversial cybersecurity bill known as the Cyber Information Sharing and Protection Act, which passed the House of Representatives last week, will almost certainly be shelved by the Senate, according to a representative of the U.S. Senate Committee on Commerce, Science and Transportation.

Read moreCISPA Is Dead (For Now)

Today, Internet freedom advocates everywhere turned their eyes to the U.S. House of Representatives as that legislative body considered the Cyber Intelligence Sharing and Protection Act.

For the second year in a row,  the House voted to approve CISPA, a bill that would allow companies to bypass all existing privacy law to spy on communications and pass sensitive user data to the government.  EFF condemns the vote in the House and vows to continue the fight in the Senate.

“CISPA is a poorly drafted bill that would provide a gaping exception to bedrock privacy law,” EFF Senior Staff Attorney Kurt Opsahl said. “While we all agree that our nation needs to address pressing Internet security issues, this bill sacrifices online privacy while failing to take common-sense steps to improve security.” 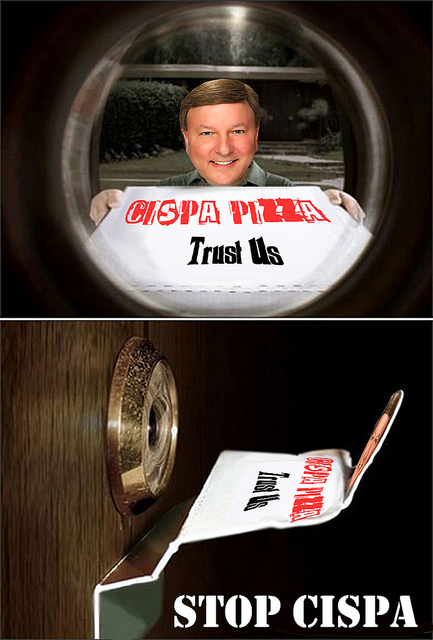 The privacy-shredding Internet spying bill – CISPA – has passed the House.

Our only chance is to stop it in the Senate. Background here and here.

Unable to reach a deal with Congress, President Obama plans to use his power to exert executive actions against the will of lawmakers. The president will issue orders addressing controversial topics including cybersecurity.

First TRAPWIRE, now RIOT, the new product from the defence company, Raytheon, and which is featured in the above video. RIOT will use GPS and other technologies to track people anywhere in the world. It also boast predictive capabilities (work out the most likely location the target will go to next). RIOT will basically search, analyse and organise all social network content globally.