– Ben Bernanke, ‘THE HERO’ & ‘PERSON OF THE YEAR’, Destroyed By Alan Grayson (Video) 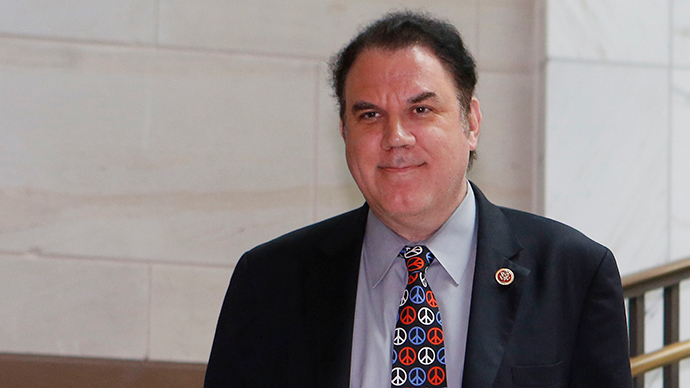 A request by US Rep. Alan Grayson to access a portion of a 2002 congressional report on the September 11, 2001 attacks was denied by the House Intelligence Committee based on political reasons, the Florida Democrat said.

Grayson’s request pertains to 28 pages of Congress’ Joint Inquiry that were ordered to be redacted by then-President George W. Bush. The congressman said his search stemmed from proposed legislation in the House that seeks to release the classified section to the public. 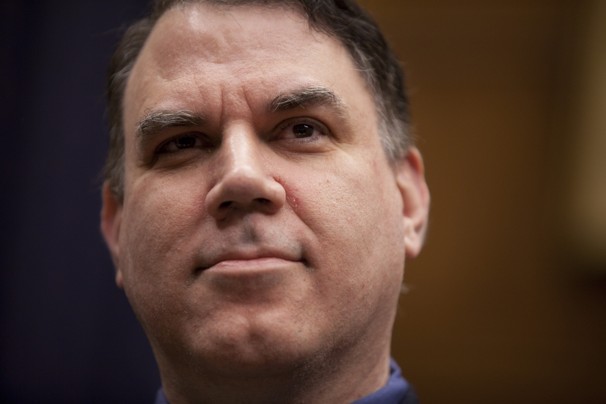 This week’s informal congressional hearing on the National Security Agency’s surveillance program has been canceled, according to The Guardian’s Glenn Greenwald, who was expected to testify via satellite.

Democratic congressman Alan Grayson and a bipartisan group of congressman were expected to hear from Greenwald and other critics of the NSA’s surveillance practices on Wednesday, according to a Guardian report from last week. The meeting was not meant to be a formal committee hearing, but would take place on the Hill before a dozen members of Congress from both parties.

But Greenwald now tells POLITICO that the hearing has been canceled due to Obama’s decision to meet with House Democrats.

“Obama developed a sudden and newfound interest in House Democrats and scheduled a meeting with them for that same time,” he wrote in an email, adding that the committee was trying to re-schedule the meeting to take place before congress goes on recess.

Representatives from both the American Civil Liberties Union and the conservative Cato Institute were expected to testify, Grayson told The Guardian.

We’ve talked about procedures within the Defense Department to block computers from accessing the website for The Guardian newspaper — along with similarly short-sighted moves to apply a sledgehammer approach to pretending that public information isn’t really public. I’ve heard from a few people within the Defense Department who defend this approach on basic procedural grounds of trying to “make sure” that classified info remains classified, but the real problem is considering any publicly revealed documents as still classified. As I’ve said each time this debate comes up, in the business world, the equivalent situation involving trade secrets or non-disclosure agreements almost always are recognized as null and void if the info becomes public through other means.

However, that’s not the way the government works. The latest is that Homeland Security sent around a memo warning employees that merely opening up a Washington Post article about some of the leaks might violate their non-disclosure agreement to “protect National Security Information,” and it even says that merely clicking on the story might make the reader “subject to any administrative or legal action from the Government.” Got that? Working for the government and merely reading the news about things the government is doing might subject you to legal action.

At least someone in Congress realizes the insanity of all of this. Rep. Alan Grayson, who displayed the very same NSA slides that DHS is warning its employees about in Congress itself, has offered up an amendment to the Defense Appropriations Bill, stating that nothing in the defense appropriations should be used to block employees from reading the news on their own time.

None of the funds made available by this Act may be used to restrict the access of members of the Armed Forces to publically available online news media during morale, welfare, and recreation periods.

Ben Bernanke, ‘THE HERO’ & ‘PERSON OF THE YEAR’, Destroyed By Alan Grayson (Video)

– First Congressman Allowed to Read Secret Treaty Says “This … Hands The Sovereignty of Our Country Over to Corporate Interests” (ZeroHedge, June 19, 2013):

Democratic Senator Wyden – the head of the committee which is supposed to oversee it – is so furious about the lack of access that he has introduced legislation to force disclosure.

Republican House Oversight Committee Chairman Darrell Issa is so upset by it that he has leaked a document on his website to show what’s going on.

What is everyone so furious about?

An international treaty being negotiated in secret which would not only crack down on Internet privacy much more than SOPA or ACTA, but would actually destroy the sovereignty of the U.S. and all other signatories.

It is called the Trans-Pacific Partnership (TPP).

Wyden is the chairman of the trade committee in the Senate … the committee which is supposed to have jurisdiction over the TPP.

Wyden is also on the Senate Intelligence Committee, and so he and his staff have high security clearances and are normally able to look at classified documents.

And yet Wyden and his staff have been denied access to the TPP’s text.

Indeed, the decision to keep the text of TPP secret was itself classified as secret:

(I have also received a tip from a credible inside source that TPP contains provisions which would severely harm America’s national security. Specifically, like some previous, ill-conceived treaties, TPP would allow foreign companies to buy sensitive American assets which could subject us to terror attacks or economic blackmail.)

Yesterday, Congressman Alan Grayson (who knows how to read legislation … he was a successful lawyer before he was elected to Congress, and has written and co-sponsored numerous bills himself including the bill to audit the Federal Reserve and – most recently – the “Mind Your Own Business Act” to stop NSA spying) announced that he had been allowed to read the text of TPP – and that it is  an anti-American power grab by big corporations:

Last month, 10,000 of us submitted comments to the United States Trade Representative (USTR), in which we objected to new so-called free trade agreements. We asked that the government not sell out our democracy to corporate interests.

Because of this pressure, the USTR  finally let a member of Congress – little ole me, Alan Grayson [anyone who’s seen Grayson in action knows that he is formidable] – actually see the text of the Trans-Pacific Partnership (TPP). The TPP is a large, secret trade agreement that is being negotiated with many countries in East Asia and South America.

The TPP is nicknamed “NAFTA on steroids.”  Now that I’ve read it, I can see why. I can’t tell you what’s in the agreement, because the U.S. Trade Representative calls it classified. But I can tell you two things about it.

1)    There is no national security purpose in keeping this text secret.

2)    This agreement hands the sovereignty of our country over to corporate interests.

3)    What they can’t afford to tell the American public is that [the rest of this sentence is classified].

I will be fighting this agreement with everything I’ve got. And I know you’ll be there every step of the way.

When it comes to foreclosures, there is mounting evidence of a state of rampant lawlessness in Central Florida.  There are increasing signs that big banks routinely evade laws meant to protect homeowners, in many well-documented cases of ‘foreclosure fraud’.  Despite the demonstrated existence, for instance, of ‘robosigners’ signing affidavits attesting to documents that they have never seen, the parties engaging in such misconduct are not being brought to justice.  Big banks are mischaracterizing this as mere “technical problems,” and apologizing only where there is clear and very public evidence of harm.

It is not enough for big banks only to apologize for fraud, perjury, and even breaking and entering – when they are caught.  It is time for handcuffs. Fraud does not become legal just because a big bank does it.

On September 20, 2010, after my office found evidence of systemic foreclosure fraud perpetrated by big banks and foreclosure mills, I called for a halt to illegal foreclosures.

Since then, big banks such as Bank of America, JP Morgan Chase, GMAC, PNC and others have suspended foreclosures or foreclosure sales.  These banks are still claiming that the massive fraud they have perpetrated amounts to nothing more than a series of technical mistakes.  This is absurd.  This is deliberate, systemic fraud, and it is a crime.

The Insurance Companies ‘Are The Real Death Panels In This Country.’

The video is Grayson’s speech on the House floor Tuesday, uploaded to YouTube.

The congressman on Tuesday introduced the four-page H.R. 4789 “Public Option Act,” also called the “Medicare You Can Buy Into Act,” would allow all legal American residents under 65 to enroll in Medicare by paying a fee. He made a passionate call for a vote on the floor of the House.

“The government spent billions of dollars creating a Medicare network of providers that is only open to one-eighth of the population,” Grayson said. “That’s like saying, ‘Only people 65 and over can use federal highways.’  It is a waste of a very valuable resource and it is not fair.  This idea is simple, it makes sense, and it deserves an up-or-down vote.”

The inclusion of a public option in the larger Democratic health care legislation has been a topic of immense debate. The Senate dropped the proposal in December and the final package is unlikely to include it. A Medicare buy-in option was also briefly considered but didn’t survive.

The Florida freshman described the “adversarial relationship” he had with his insurance company when his bills skyrocketed during the birth of his twins, who were born early and spent months in the hospital. He said many Americans face similar problems, and that “every penny they spent on my care was a penny less for their profits.”

“America needs a public option,” he declared, lamenting the lack of competition in the private insurance industry. “That’s why I’ve introduced this bill.”

Seeking to clear up any doubts about the proposal, Grayson noted that it’s “not a plan for subsidies” as “everyone would have to pay their own costs.”

He labeled insurance companies “the real death panels in this country” due to their widely-documented practices of denying care due to people with pre-existing conditions and rescinding coverage from sick patients.

$12 Trillion Gone and Nobody Got Punished

Read moreRep. Alan Grayson: ’20 Percent Of Our Accumulated Wealth Over The Course Of 2 Centuries Gone in 18 months!’