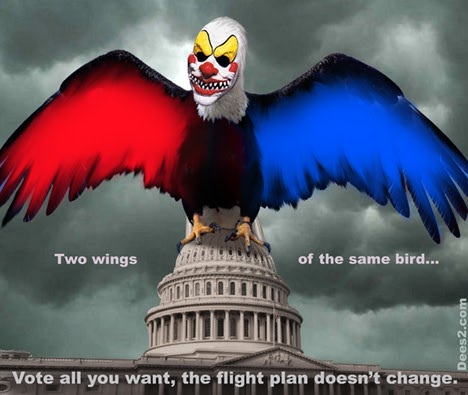 Almost the entire US government are puppets:
– The US Government: Bought and Paid For

Of course Ron Paul will be attacked from ‘all sides‘:
– Congressmen Alan Grayson and Ron Paul Ask Senate Banking to Delay Confirmation of Bernanke Until Fed Releases Information on Secret Bailouts
– Ron Paul: The Real Reasons Behind Fed Secrecy
– Ron Paul: End the Fed, Save the Dollar

So far nobody survived trying to abolish the Federal Reserve:
– Richard Belzer on Bill Maher exposes the Federal Reserve:
“The high office of the president has been used to foment a plot to destroy America’s freedom, and before I leave office I must inform the citizens of this plight.”
– John F. Kennedy (November 12, 1963)
(Date of Kennedy Assassination : November 22, 1963)