Additionally, the Hepatitis B vaccine is very, very harmful to the immune system, which is why they inject it into your children, whose immune system hasn’t developed yet and who are getting injected with a totally useless vaccine (even if vaccines would work properly), because children do usually not have sex, nor are they likely to ‘share’ Hepatitis B contaminated syringe’s.

“Hepatitis B is generally considered an adult disease because it’s transmitted through unsafe sex and shared needles.”

A new FDA-approved Hepatitis B vaccine has been found to increase the risk of heart attacks by 700%, yet Facebook, Google, YouTube and Twitter ban any talk of vaccine dangers. There is a complete blackout of medical and scientific facts if they show vaccines to be anything less than magical, risk-less, medical utopian gifts to humanity.

This new analysis comes from Dr. Jack Wolfson, a well-informed cardiologist practicing in Arizona who dares to speak out on the truth about vaccine risks. Here’s his report:

Hepatitis B vaccine linked to 700% increase in heart attacks

– The Insanity of the Hepatitis B Vaccination

The Chinese government has temporarily halted the administration of a sexually-transmitted disease (STD) vaccine for newborn babies following the horrific deaths of eight infants over the past several months.

Reports out of Shanghai indicate that millions of doses of hepatitis B vaccine produced by the Chinese pharmaceutical company Shenzhen Kangtai Biological have been suspended while health authorities investigate why the children died. 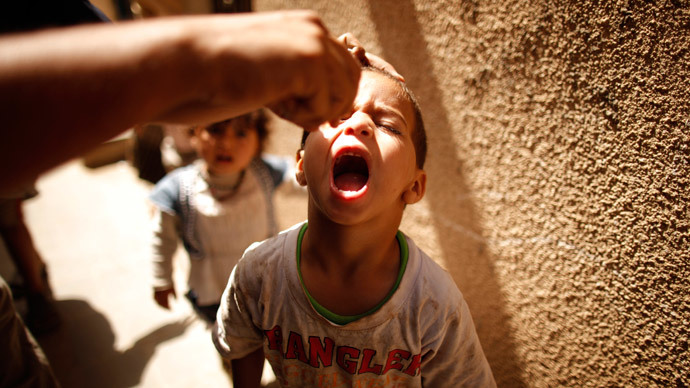 “Who’s making the money?” this Harvard-trained behavioral scientist and public health expert in emerging diseases asks. The answer is made certain by his evidence exposing the “yellow presses” of the American Medical Association and Wall Street.

Babies are dying all over China after receiving the hepatitis B vaccine, and health authorities are claiming that it is all just one big coincidence. As reported by The New York Times (NYT) and relayed by VacTruth.com, at least eight newborn babies in China have died within 48 hours after receiving the controversial vaccine, which China’s largest drug company continues to insist is perfectly safe despite its obvious dangers.

The real cause of these “unexpected” deaths, claim the talking heads, must be some underlying health condition that just so happened to manifest itself at the exact same time that the babies were jabbed for a sexually transmitted disease (STD) that they have no way of contracting anyway. Never mind that almost all of the babies who died were perfectly healthy before getting the shot — just get your children vaccinated and be quiet!

– The Hidden Connection Behind Viruses, Vaccines and Cancer (GreenMedInfo, Jan 29, 2013):

Mainstream medicine tells us that the hepatitis B virus (HBV) causes liver cancer which is why it is so necessary for US newborns to be vaccinated within hours of birth.  We are told that the human papillomavirus (HPV), which is supposedly so prevalent in our population, causes cervical cancer which is why there is such a push to vaccinate girls and boys in the US as early as 9 years old. Let’s not forget about Simian Virus 40 (SV40) which is known to have contaminated polio vaccines and is associated with a wide variety of human cancers.  Conventional wisdom tells us that viruses cause cancer.  But is this true? Let’s investigate the story further.

There is no shortage of research regarding the negative effects of a wide variety of vaccines. From Gardasil to the seasonal flu shot, studies have proven that the extreme risks associated with vaccinating oftentimes outweigh the minor benefits. Here is a fraction of the research (over 100 studies) tying vaccines to a host of health conditions, broken down by category:

Vaccines and Immunization References and Research Citations; Vaccines Have Been Linked to Leukemias and Lymphomas: 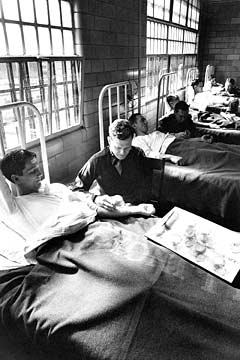 In this June 25, 1945 photo, a doctor exposes a patient to malaria-carrying mosquitoes at Stateville Penitentiary in Crest Hill, Ill. A series of malaria studies at Stateville and two other prisons were designed to test antimalarial drugs that could have helped soldiers fighting in the Pacific during World War II.

Much of this horrific history is 40 to 80 years old, but it is the backdrop for a meeting in Washington this week by a presidential bioethics commission. The meeting was triggered by the government’s apology last fall for federal doctors infecting prisoners and mental patients in Guatemala with syphilis 65 years ago.

U.S. officials also acknowledged there had been dozens of similar experiments in the United States – studies that often involved making healthy people sick.

An exhaustive review by The Associated Press of medical journal reports and decades-old press clippings found more than 40 such studies. At best, these were a search for lifesaving treatments; at worst, some amounted to curiosity-satisfying experiments that hurt people but provided no useful results.

Inevitably, they will be compared to the well-known Tuskegee syphilis study. In that episode, U.S. health officials tracked 600 black men in Alabama who already had syphilis but didn’t give them adequate treatment even after penicillin became available.