But since Fukushima Japan is already history.

Japan recently made waves with the news that its total debt would hit north of one quadrillion yen over the next several months: a number greater than the GDP of the entire Eurozone. Yet the one saving grace for Japan has long been the strawman that the bulk of its debt is locally held, and thus the risk of a sharp sell off is minimal as the capital has to be recycled within the borders of Japan, especially as the USA and soon the rest of the world will provide the same returns on debt as Japan, which has been locked in a 30 year deleveraging cycle, does. However, one thing that continues to be widely ignored is the demographic top that Japanese society is experiencing as ever more workers enter retirement, and there is no replenishment of young workers (perhaps Spain can export some of its youth to Tokyo?). This may change soon because as the AP reports, the Japanese population will be cut by 30% by 2060. Furthermore the country’s workforce of people aged 15 to 65 will shrink to half the population (a BLS wet dream as under those conditions the US unemployment rate would be very negative). Alas, the prospect of Japan’s population of 128 million dropping by 1 million every year over the coming decades, should be sufficiently sobering. This naturally means that any existing paper supply-demand equilibrium will soon have to start being reevaluated. But by 2060 we will likely have bigger problems than placing the 1 billion googol in JJBs that have to find a buyer to fund the country’s deficit. Lastly, we would love to see one of those charts showing how many working people will have to fund each and every retiree by the year 2060, first in Japan, and then in every other country.

Japan’s population of 128 million will shrink by one-third and seniors will account for 40 percent of people by 2060, placing a greater burden on a smaller working-age population to support the social security and tax systems.

The grim estimate of how rapid aging will shrink Japan’s population was released Monday by the Health and Welfare Ministry.

In year 2060, Japan will have 87 million people. The number of people 65 or older will nearly double to 40 percent, while the national work force of people between ages 15 and 65 will shrink to about half of the total population, according to the estimate, made by the National Institute of Population and Social Security Research.

Nowhere will the demographic crunch courtesy of the welfare state hit the world faster than in Japan, where the natural growth rate has been negative for quite some time:

Read moreJapanese Population To Shrink By One Third, Size Of Workforce To Plunge In Under 50 Years 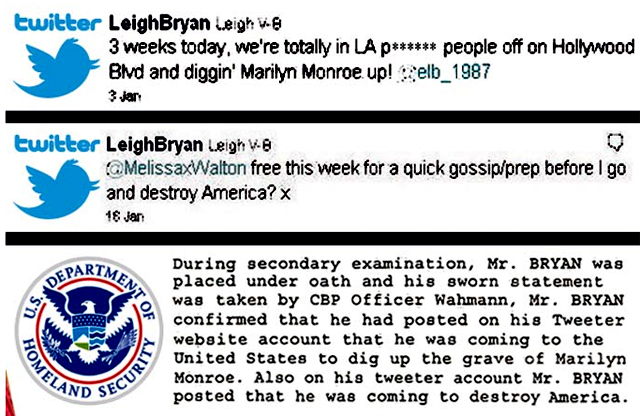 TWO pals were barred from entering the US after innocent tweets joking about “destroying America” were picked up by the country’s anti-terror cops.

Leigh, who also quipped about “digging up Marilyn Monroe” on Twitter, said they were treated like terrorists on arrival at a Los Angeles International Airport. The pair were held by armed guards and quizzed for five hours before being handcuffed, put in a van with illegal immigrants and locked up overnight.

They spent 12 hours in separate holding cells and were then put on a flight home.

Leigh, 26, was kept under armed guard in a cell with Mexican drug dealers. The Department of Homeland Security flagged up Leigh as a potential threat when he posted a Twitter message to his pals ahead of his trip to Hollywood.

It read: “Free this week, for quick gossip/prep before I go and destroy America”.

Despite telling officials at LAX airport the term “destroy” was British slang for partying, the pair were held on suspicion of planning to “commit crimes”.

Freeport, Maine (CNN) – Linda Bean, an heiress to famed Maine outfitter L.L. Bean, came out in support of Ron Paul on Saturday as the candidate made a campaign swing through the state.

Bean, who is a part owner of her family’s company and sits on its board, said she is a longtime supporter of the Texas congressman. She backed his 2008 presidential bid, but hasn’t made a public endorsement in the current race until now.

“I’ve been for Ron Paul for years,” Bean said. “I watched his House races in Texas, and he’s just true blue. He doesn’t waver from the Constitution and I like that very much.”

Bean made her endorsement at the lobster restaurant she owns in Freeport, situated across the road from L.L. Bean’s large flagship store. She singled out Paul’s appeal across the political spectrum as a reason for her support.

“He’s very electable, he crosses all ideological lines because of his strong message,” Bean said. “He’s for the gold standard. I think people want stability in this country. He’s for helping America domestically, and staying out of aggressive wars. We’re just spending ourselves down the drain in these countries year after year with occupation.”

Stephen Hester, the chief executive of Royal Bank of Scotland, is in line for an extra payout of £3.3m which would dwarf his controversial bonus of £963,000, it emerged last night.

Disclosure of the staggering figure amounts to political dynamite as the Prime Minister fought off suggestions that he should veto the near-£1m bonus, announced last week, for the boss of the taxpayer-owned RBS.

The extra bonus of £3.3m, revealed yesterday, would be on top of the £35.54m total remuneration package Mr Hester has received since joining RBS in 2008.

(You can’t even see Japan in the first map.) 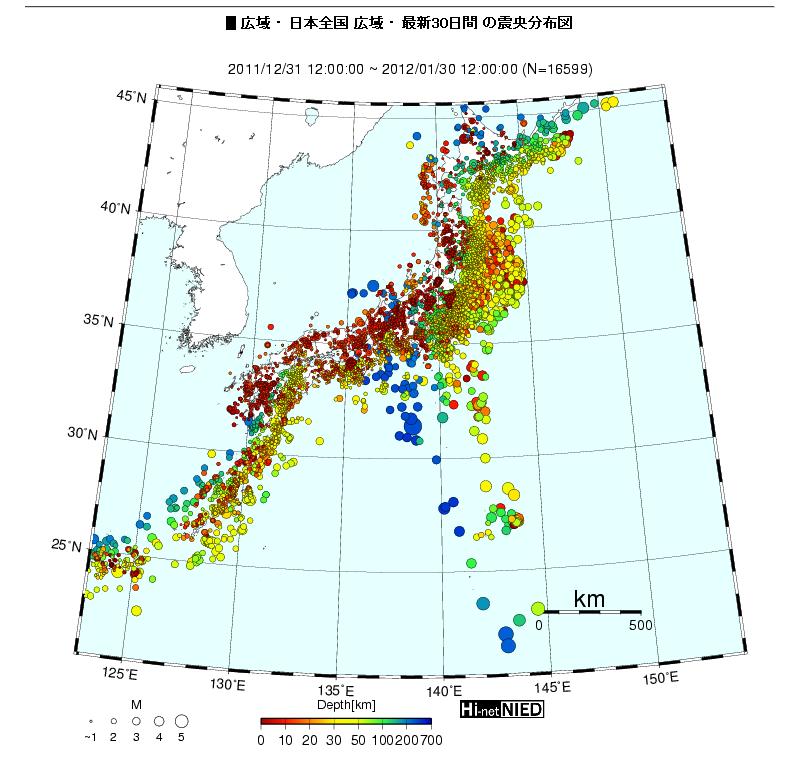 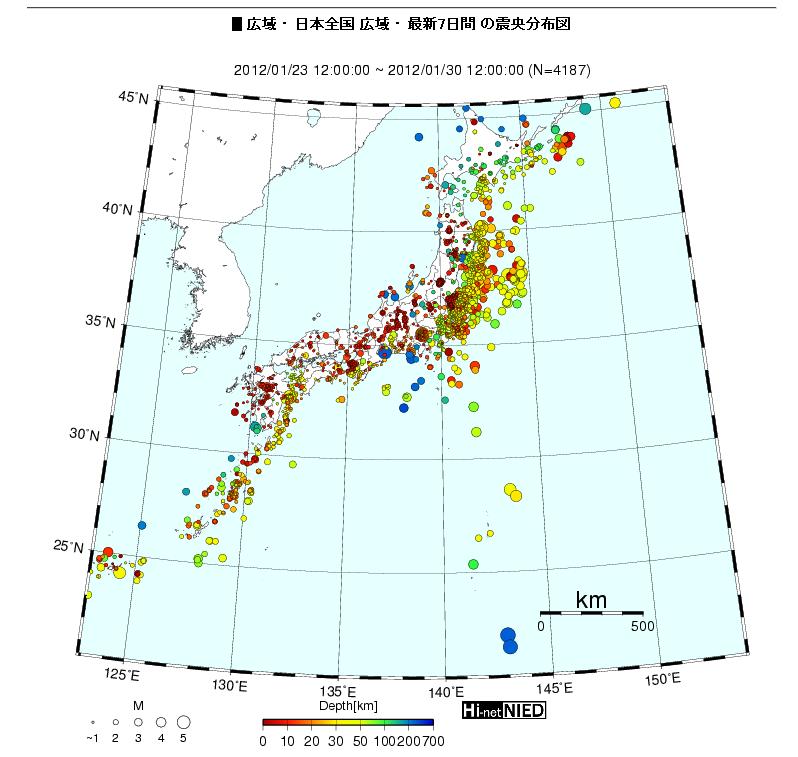 “… China where buying gold as a hedge against inflation and as a store of wealth has now firmly entered the mainstream in a country of 1.3 billion people” 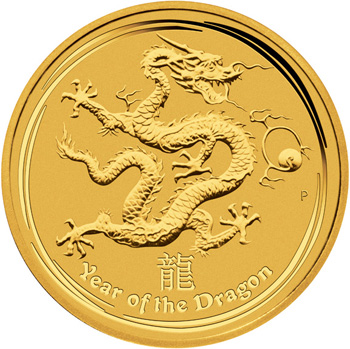 Xinhua, the official press agency of the government of the People’s Republic of China reports that a “gold rush” swept through China during the week-long Lunar New Year holiday this year, with demand for precious metals and jewelry surging since the Year of the Dragon began.

Data released by China’s Beijing Municipal Commission of Commerce shows a 49.7% increase in sales volume for precious metals jewelry and bullion during the week-long holiday (over last year), which lasted from January 22 to 28 over that of last year’s Spring Festival.

One of Beijing’s best-known gold retailers, Caibai, saw sales of gold and silver jewelry and bullion rose 57.6% during the week long New Years holiday according to data released by the Ministry of Commerce (MOC) on Saturday,

I told you many times before that your money isn’t safe. And please don’t tell me that the FDIC insures your bankdeposits up to $250.000.

For most Americans (and Europeans) the big ‘awakening’ will come.

On the three month bankruptcy anniversary of the company whose rehypothecation gimmicks will one day be seen as a harbinger of everything that is  broken with the multi-trillion ponzi system, but not just yet despite loud warnings otherwise, we are getting close to a final verdict of where the $1.2 billion (and possibly more as originally predicted by Zero Hedge – see below) in commingled client money may have gone. Note the use of the passive voice because using the active, as in money that MF Global executives stole from clients, is prohibited in a legal system in which nobody goes to jail for something as modest as $1.2 billion in theft. That verdict? “Vaporized.” No really (and yes, in the passive voice of course). From the WSJ: “As the sprawling probe that includes regulators, criminal and congressional investigators, and court-appointed trustees grinds on, the findings so far suggest that a “significant amount” of the money could have “vaporized” as a result of chaotic trading at MF Global during the week before the company’s Oct. 31 bankruptcy filing, said a person close to the investigation.” Uh huh… Because money simply vaporizes. Which means one of two things: i) the “vaporization” is merely the phrase that so called investigators use to avoid the far more troubling sounding “stolen” as it would imply guilt, something which the former NJ governor and Goldman CEO (and not to mention JP Morgan which most likely was on the receiving end of the $1.2 billion + transaction) will, under guidance from counsel, sternly disagree with, or ii) the capital markets are such an unprecedented and manipulated fraud, that nobody has any clue at any moment, where any client money is, and that any residual capital still “invested” in mythical representations of “assets”, which are likely rehypothecated so many times, that not even Bank of America’s robosigning division would have a clue where to start unraveling, will promptly be converted into tangible manifestations of capital. So when someone asks what happened to stock market volume, and to investor confidence in the “stock market” feel free to use just that phrase: “it vaporized.”

Many officials now believe certain employees at MF Global dipped into the “customer segregated account” that the New York company was supposed to keep separate from its own assets—and then used the money to meet demands for more collateral or to unfreeze assets at banks and other counterparties as they grew more concerned about their financial exposure to MF Global.

Read more3 Months After The MF Global Bankruptcy, We Find That $1.2 Billion (Or More) In Client Money Has Simply ‘VAPORIZED’

Body parts belonging to U.S. soldiers killed in Iraq and Afghanistan were routinely cremated and then dumped in a landfill site. For five years, between 2003 and 2008, staff at the Dover Air Force base mortuary, Delaware, disposed of parts that could not be identified or were later recovered from the battlefield. Family members were not told what happened to their relatives – and the company running the landfill site was not even informed what was being thrown away.

A damning report found that an arm bone belonging to a dead marine was hacked off without asking his parents by staff at Dover Air Force Base in Delaware.

﻿Bitterly cold Arctic air sweeping across Britain is expected to force temperatures down to lows of -5C this weekend, as forecasters warn the chill is set to last until next week.

The warnings of freezing conditions come after weeks of unseasonably mild weather.

As a warrior for Internet freedom, you helped defeat the Stop Online Piracy Act, or SOPA by supporting Web black outs by sites like Wikipedia and by contacting your lawmaker to voice your displeasure. So loud was your voice that even the president of the United States sided with you in opposing it.

But don’t take a deep sigh of relief because, after all, we’re talking about a merger of Washington, D.C., and Hollywood here, as well as global interests. After the motion picture industry, its subsidiaries and all “interested parties” have spent nearly $150 million lobbying for some sort of Internet-centric “anti-piracy” bill, you should have known the powers that be would return.

Read moreACTA Is Worse Than SOPA, Here’s All You Need To Know