It looks like Tesla CEO Elon Musk and Russian President Vladimir Putin aren’t the only ones who’ve envisioned a nightmare scenario where “killer robots” stalk through neighborhoods murdering innocent Americans (or Russians).

A group of artificial intelligence researchers from nearly 30 countries is boycotting one of South Korea’s most prestigious universities over concerns about a recent partnership with an “ethically dubious” arms manufacturer with the stated purpose to design and manufacture “autonomous weapons systems”.

The Korea Advanced Institute of Science and Technology (KAIST) and its partner, the weapons manufacturer Hanwha Systems, one of South Korea’s largest arms dealers, are pushing back against the boycott, saying they have no intention of developing “killer robots” – even though the description of the project clearly states its goals, per the Guardian.

“There are plenty of great things you can do with AI that save lives, including in a military context, but to openly declare the goal is to develop autonomous weapons and have a partner like this sparks huge concern,” said Toby Walsh, the organiser of the boycott and a professor at the University of New South Wales.

“This is a very respected university partnering with a very ethically dubious partner that continues to violate international norms.”

What’s worse, the scientists say, is Hanwha’s history of manufacturing and selling cluster munitions and other arms that are banned in more than 120 countries under an international treaty that South Korea, the US, Russia and China have not signed.

No one should have to compete with robots. That is why everyone should strive to do what robots cannot.

Flipping burgers and taking orders are quite easy tasks for robots. We have already seen touchscreens offer an alternative to human cashiers. Now robots are starting to replace the backroom staff.

Flippy still requires some human help, but its learning. Flippy’s boss though says he is already better at his job than most workers.

A little quicker, he doesn’t mess up as much. The funny thing is that when you watch him scrape the grill after these burgers are done, he actually does it better than my average employee.

The added benefit is that Flippy can’t feel pain, and so no one is at risk of getting burned by the hot grill. And the owner doesn’t have to worry about getting sued or short-staffed. Then again, I wouldn’t be surprised if robot unions aren’t far behind.

Easy to laugh now, right? But Flippy is learning fast. Flippy and his cousins will start by taking over the service industry. But they won’t stop there.

What a time to be alive. pic.twitter.com/KPOzTUQZBK 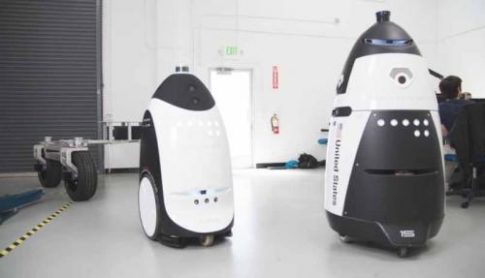 Earlier today, we mentioned the bizarre story of a San Francisco animal shelter which was using a low cost, high-tech robot security guard to purge homeless people outside its facilities. The San Francisco SPCA branch had contracted Knightscope to provide a K5 robot (the same model which in July committed suicide at a mall fountain) for securing the outdoor spaces of the animal shelter.

Why use a robot to chase away humans? Simple: money – it costs the SPCA $7/hour to rent the robot, about $3 less than the minimum wage in California, and according to San Francisco Business Times, the robot was deployed as a “way to try dealing with the growing number of needles, car break-ins and crime that seemed to emanate from nearby tent encampments of homeless people.”

Everything was going great – and very cost-efficiently too – until the local humans fought back, knocked the robot over, and smearing it with feces before eventually forcing the robotic guardian to be purged itself.

As the homeless problem continues to surge in San Francisco, an animal advocacy and pet adoption clinic has taken the novel, if dystopian, approach of hiring an autonomous security robot unit to clear out vagrants. The SPCA (the Society for the Prevention of Cruelty to Animals) deployed a K5 robot manufactured by Knightscope, a Silicon Valley-based robotics company, to help discourage homeless people from erecting tents on the sidewalks and streets near the clinic. Though it has reduced the number of encampments, the robot has drawn overwhelmingly negative reactions from city residents.

Resembling a Whovian Dalek, the K5 security robot moves at around three miles per hour and is equipped with four cameras and an array of lasers, thermal sensors, and GPS. It can be rented for $6 an hour as opposed to the $16/hr a security guard costs.

Here it is in action pic.twitter.com/nSBQUmKwk1

Representatives for the SPCA say homeless encampments were making the area dangerous for staff members. 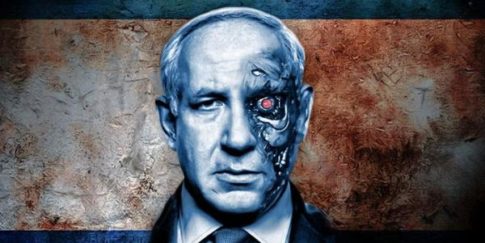 – Israel Has Built a Robot Army — and It Should Scare the Sh*t Out of You:

As Israel prepares for yet another war directly on its border, the truth about Israel’s vast military capabilities has been largely absent in the corporate media.

However, if one were to be fortunate (or unfortunate) enough to be able to travel to Israel’s border with Syria in the north and the Gaza strip in the south, they might see what looks more or less like a scene from RoboCop.

Israel is the first country in the world to use unmanned ground vehicles (UGVs) to not only patrol its borders but also to replace soldiers on missions, as well. The new Border Patroller model can be armed with remote-controlled weapons, reconnaissance means, and additional components that cannot be fitted on the traditional Guardium model it had been using for years prior.

The robot is also able to patrol underground and gather information for units that are present on the surface. For example, it can help soldiers avoid booby-trapped tunnels.

These robots can be given pre-designated routes for their patrol, making them more or less autonomous. 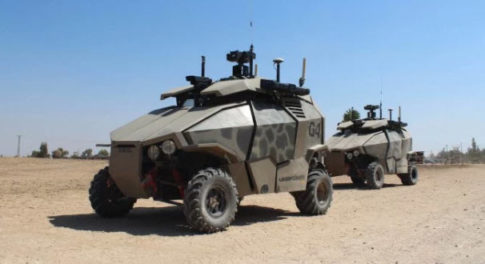 Stories about robots taking over from humans have become prevalent. Recently we’ve written about a new Manhattan Shake Shack replacing human cashiers with robots, killer robots (a.k.a. lethal autonomous weapons systems), a Californian real estate company replacing commission-based human agents with robots, a cocaine workshop in Brazil with robots packing 150,000 baggies a day and the first robot to be awarded citizenship which hopes for “harmony with humans”. No chance.

In June, we discussed a McKinsey & Co. report which stated that US manufacturing could be poised for a recovery and not because of Trump’s policies. Indeed, McKinsey’s rationale was based on automation weakening the case for labour arbitrage. James Manyika, McKinsey Global Institute director, commented.