Water is a precious commodity, and without it we can’t grow food and survive. Yet industrial agriculture wastes water on a shocking scale, using open air irrigation and relying on fossil water supplies to grow food inefficiently.

If we hope to meet the demands of surging human population, we must conserve our water resources through sustainable agricultural methods such as permaculture and organic agriculture.

With many of the world’s largest aquifers now collapsing, much of the fossil water supply that feeds our world will be depleted before the year 2050. A global food collapse is now inevitable unless food production techniques are dramatically shifted toward sustainable practices. A food collapse, by the way, also means mass social unrest, revolutions and the toppling of world governments. Starvation inevitably leads to disease, suffering and mass death. 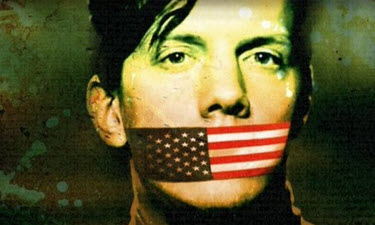 Eerily reminiscent of the determinedly evil oil baron from the movie ‘There Will Be Blood’, Reuters reports the growing tensions amid California’s drought-stricken wineries are boiling over: “There is way too much demand. I blame a lot of vineyards like other people do… It’s a matter of who has the longest straw at the bottom of the bucket.” No one should worry though, because the government is here to help – with a new water management agency…

Between 1990 and 2014, harvested wine grape acreage in the growing region around Paso Robles nearly quintupled to 37,408 acres, as vintners discovered that the area’s rolling hills, rocky soil and mild climate were perfect for coaxing rich, sultry flavors from red wine grapes. But, as Reuters reports, in the last few years, California’s ongoing drought has hit the region hard, reducing grape yields and depleting the vast aquifer that most of the area’s vineyards and rural residents rely on as their sole source of water other than rain.

Does a warning mean anything if nobody listens?

With the precarious case of Lake Mead, doomsayers never seem to break the surface. For years, reports of the lake’s declining levels have popped up in the news. Yet residents of the surrounding area still refuse to listen. The latest report from the Interior Department is very troublesome: there is a 20% chance of water shortages for Nevada and Arizona in 2016 if the lake maintains current levels.

In what appears to be a crime related to widespread, ongoing drought conditions in California, police in rural Mendocino County say 3,000 gallons of water were stolen recently from an elderly couple when someone illegally drained their above-ground storage tank overnight.

As reported by The Press Democrat newspaper, Gualala resident Kathy Dimaio, 87, discovered that her tank had been drained when she ventured outside on May 24 in the afternoon to water her garden.

Per the local newspaper:

Reposted because of this:

The monsoon is late, the wells are running dry and in the teeming city of Bhopal, water supply is now a deadly issue. 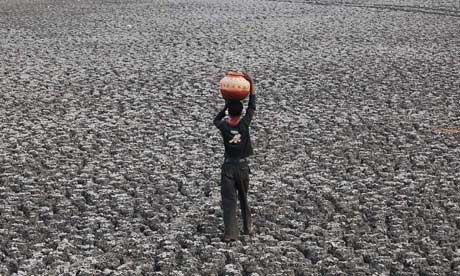 A young man walks across Bhopal’s Upper Lake, which has shrunk to an eighth of its original area. Photograph: STR/AFP/Getty Images

It was a little after 8pm when the water started flowing through the pipe running beneath the dirt streets of Bhopal’s Sanjay Nagar slum. After days without a drop of water, the Malviya family were the first to reach the hole they had drilled in the pipe, filling what containers they had as quickly as they could. Within minutes, three of them were dead, hacked to death by angry neighbours who accused them of stealing water.

In Bhopal, and across much of northern India, a late monsoon and the driest June for 83 years are exacerbating the effects of a widespread drought and setting neighbour against neighbour in a desperate fight for survival.

India’s vast farming economy is on the verge of crisis. The lack of rain has hit northern areas most, but even in Mumbai, which has experienced heavy rainfall and flooding, authorities were forced to cut the water supply by 30% last week as levels in the lakes serving the city ran perilously low.

Across the country, from Gujarat to Hyderabad, in Andhra Pradesh, the state that claims to be “the rice bowl of India”, special prayers have been held for more rain after cumulative monsoon season figures fell 43% below average.

On Friday, India’s agriculture minister, Sharad Pawar, said the country was facing a drought-like situation that was a “matter for concern”, with serious problems developing in states such as Punjab, Uttar Pradesh and Bihar.

In Bhopal, which bills itself as the City of Lakes, patience is already at breaking point. The largest lake, the 1,000-year-old, man-made Upper Lake, had reduced in size from 38 sq km to 5 sq km by the start of last week.

The population of 1.8 million has been rationed to 30 minutes of water supply every other day since October. That became one day in three as the monsoon failed to materialise. In nearby Indore the ration is half an hour’s supply every seven days.