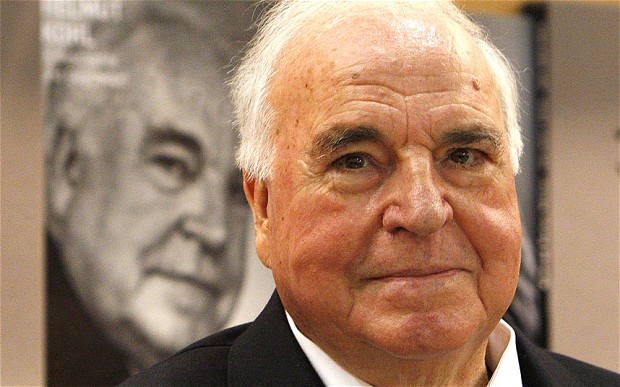 Germans have the great choice between Bilderg Merkel and Bilderberg Steinbrück in the upcoming elections. Good luck Germany! 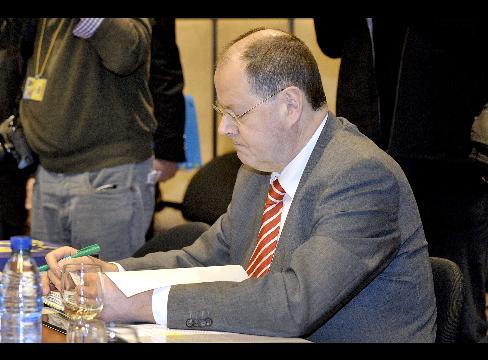 Feb. 17 (Bloomberg) — German Finance Minister Peer Steinbrueck said euro-region countries may be forced to bail out cash-strapped members of the 16-nation bloc, going further than his counterparts in saying euro states can’t be allowed to fail.

“Some countries are slowly getting into difficulties with their payments,” Steinbrueck said late yesterday in a speech in Dusseldorf. “The euro-region treaties don’t foresee any help for insolvent countries, but in reality the other states would have to rescue those running into difficulty.”

While declining to identify countries facing problems, the German finance chief said Ireland, which has a widening budget deficit, is in a “very difficult situation.” The comment came in response to a question from the audience. Ireland’s debt- rating outlook was cut by Moody’s Investors Service Jan. 30.

The unfolding debt drama in Russia, Ukraine, and the EU states of Eastern Europe has reached acute danger point.

If mishandled by the world policy establishment, this debacle is big enough to shatter the fragile banking systems of Western Europe and set off round two of our financial Götterdämmerung.

Austria’s finance minister Josef Pröll made frantic efforts last week to put together a €150bn rescue for the ex-Soviet bloc. Well he might. His banks have lent €230bn to the region, equal to 70pc of Austria’s GDP.

“A failure rate of 10pc would lead to the collapse of the Austrian financial sector,” reported Der Standard in Vienna. Unfortunately, that is about to happen.

The European Bank for Reconstruction and Development (EBRD) says bad debts will top 10pc and may reach 20pc. The Vienna press said Bank Austria and its Italian owner Unicredit face a “monetary Stalingrad” in the East.

Mr Pröll tried to drum up support for his rescue package from EU finance ministers in Brussels last week. The idea was scotched by Germany’s Peer Steinbrück. Not our problem, he said. We’ll see about that.

Stephen Jen, currency chief at Morgan Stanley, said Eastern Europe has borrowed $1.7 trillion abroad, much on short-term maturities. It must repay – or roll over – $400bn this year, equal to a third of the region’s GDP. Good luck. The credit window has slammed shut.

Not even Russia can easily cover the $500bn dollar debts of its oligarchs while oil remains near $33 a barrel. The budget is based on Urals crude at $95. Russia has bled 36pc of its foreign reserves since August defending the rouble.

“This is the largest run on a currency in history,” said Mr Jen.

Read moreFailure to save East Europe will lead to worldwide meltdown

FRANKFURT, Jan 17 (Reuters) – Major German banks have so far written off only around a quarter of the nearly 300 billion euros ($397.7 billion) in toxic U.S. assets on their books, Der Spiegel magazine reported, citing a survey of 20 big lenders.

That means banks face more huge losses as they mark down the value of U.S. assets backed by mortgages and student loans, the magazine said on Saturday, reporting on a study prepared for the government by the Bundesbank and markets regulator BaFin.

The finance ministry in Berlin assumes that the entire German banking sector is carrying around 1 trillion euros of risky assets on its books, the magazine said.

A spokeman for the Finance Ministry said it believed banks still had “significant amounts” of risky assets but declined to confirm the figures in the report.

The taxpayer looting and unsustainable debt creating ‘Paulson-Bernanke-Brown’ virus spreads rapidly around the world. Even financially relatively sound countries are now affected. ‘Sound economics’ resistance is now at close to 100%.

Angela Merkel will make her sharpest political U-turn since becoming German Chancellor this week when her government unveils a €50bn (£44bn) package of tax cuts and incentives to protect Europe’s biggest economy from deepening recession.

The “Pact for Germany” programme contains a battery of tax cuts, health insurance reductions and special government funds designed to stimulate an economy forecast to contract by 3 per cent this year.

The measures, expected to be agreed at a crisis cabinet meeting tomorrow, will be announced only weeks after Mrs Merkel’s grand coalition government heaped scorn on Britain for “tossing around billions” in its efforts to tackle the credit crunch.

Germany’s Finance Minister, Peer Steinbrück, went so far as to condemn Gordon Brown’s VAT cuts as “crass Keynesianism” and said that it would take Britain a “whole generation” to work off the debt. Mrs Merkel insisted that spending one’s way out of recession did not work. (Absolutely correct!)

Yesterday, however, Mr Steinbrück announced plans to slash the basic tax rate from 15 to 12 per cent to persuade poorer families to keep spending.