In their sillier moments, the wind industry, its parasites and spruikers pitch the line that their pointless product is not only getting cheaper all the time, but go so far as to claim that wind power is already cheaper than gas and coal-fired power. Risible PR antics aside, the wind industry has always had a troubled relationship with the facts.

Now, coming to their aid in that regard is a study pulled together by the heavy-hitters hailing from the hallowed halls of the Massachusetts Institute of Technology (MIT).

When pressed on the facts, the wind-cultist resorts to personal attacks on their challenger’s academic cred. Up against the best and brightest that America has to offer, STT is not so sure that strategy will offer any hope to the wind industry’s already panicked spin kings in resisting the bleeding obvious.

Researchers at the Massachusetts Institute of Technology have confirmed what many in the energy world already knew: Without government support or high taxes, green energy will never be able to compete with conventional, more reliable power plants. 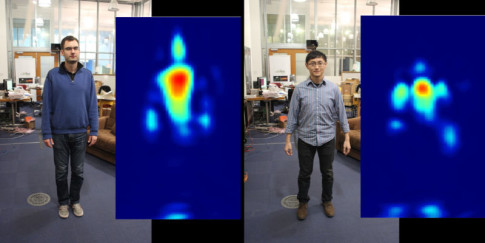 – Wifi Networks Can Now Identify Who You Are Through Walls:

Who needs a peep hole when a wifi network will do? Researchers from MIT have developed technology that uses wireless signals to see your silhouette through a wall—and it can even tell you apart from other people, too.

The team from MIT’s Computer Science and Artificial Intelligence Lab are no strangers to using wireless signals to see what’s happening on the other side of a wall. In 2013, they showed off software that could use variations in wifi signal to detect the presence of human motion from the other side of a wall. But in the last two years they’ve been busy developing the technique, and now they’ve unveiled the obvious — if slightly alarming — natural progression: they can use the wireless reflections bouncing off a human body to see the silhouette of a person standing behind a wall.

Not only that, the team’s technique, known is RF-Capture, is accurate enough to track the hand of a human and, with some repeated measurements, the system can even be trained to recognise different people based just on their wifi silhouette. The research, which is to be presented at SIGGRAPH Asia next month, was published this morning on the research group’s website.

Read moreWifi Networks Can Now Identify Who You Are Through Walls

This week, the Centers for Disease Control (CDC) admitted that Ebola can travel through the air in aerosols, but claims that it can never go more than 3 feet.

CDC (like the World Health Organization) admits that Ebola can be spread through sneezing or coughing.

But the CDC itself admits that flu droplets can travel 6 feet.

Mythbusters demonstrated that sneezes can nail people some 17 feet away:

But engineers at MIT show that sneezes can actually travel up to 200 times farther than previously thought … up to 20 feet. 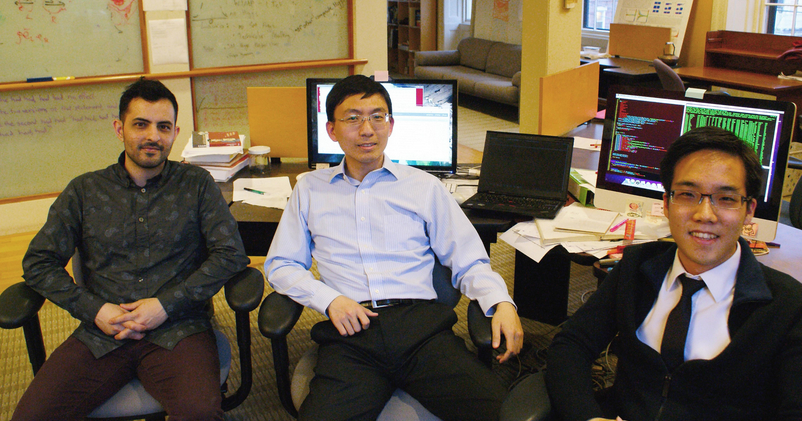 When the NSA surveillance news broke last year it sent shockwaves through CERN, the particle physics laboratory in Switzerland. Andy Yen, a PhD student, took to the Young at CERN Facebook group with a simple message: “I am very concerned about the privacy issue, and I was wondering what I could do about it.”

There was a massive response, and of the 40 or so active in the discussion, six started meeting at CERN’s Restaurant Number 1, pooling their deep knowledge of computing and physics to found ProtonMail, a gmail-like email system which uses end-to-end encryption, making it impossible for outside parties to monitor.

Encrypted emails have actually been around since the 1980s, but they are extremely difficult to use. When Edward Snowden asked a reporter to use an end-to-end encrypted email to share details of the NSA surveillance program the reporter couldn’t get the system to work, says Yen.

For 65 years, most information-theoretic analyses of cryptographic systems have made a mathematical assumption that turns out to be wrong.

Information theory — the discipline that gave us digital communication and data compression — also put cryptography on a secure mathematical foundation. Since 1948, when the paper that created information theory first appeared, most information-theoretic analyses of secure schemes have depended on a common assumption.

Unfortunately, as a group of researchers at MIT and the National University of Ireland (NUI) at Maynooth, demonstrated in a paper presented at the recent International Symposium on Information Theory (view PDF), that assumption is false. In a follow-up paper being presented this fall at the Asilomar Conference on Signals and Systems, the same team shows that, as a consequence, the wireless card readers used in many keyless-entry systems may not be as secure as previously thought.

Read moreMIT News: Encryption Is Less Secure Than We Thought

The phenomenon of false memory has been well-documented: In many court cases, defendants have been found guilty based on testimony from witnesses and victims who were sure of their recollections, but DNA evidence later overturned the conviction.

In a step toward understanding how these faulty memories arise, MIT neuroscientists have shown that they can plant false memories in the brains of mice. They also found that many of the neurological traces of these memories are identical in nature to those of authentic memories.

“Whether it’s a false or genuine memory, the brain’s neural mechanism underlying the recall of the memory is the same,” says Susumu Tonegawa, the Picower Professor of Biology and Neuroscience and senior author of a paper describing the findings in the July 25 edition of Science.

Synthetic biologists have developed DNA modules that perform logic operations in living cells. These ‘genetic circuits’ could be used to track key moments in a cell’s life or, at the flick of a chemical switch, change a cell’s fate, the researchers say. Their results are described this week in Nature Biotechnology1.

Synthetic biology seeks to bring concepts from electronic engineering to cell biology, treating gene functions as components in a circuit. To that end, researchers at the Massachusetts Institute of Technology (MIT) in Cambridge have devised a set of simple genetic modules that respond to inputs much like the Boolean logic gates used in computers. 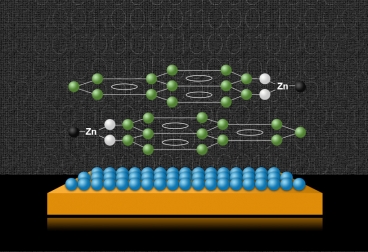 The new molecules are known as ‘graphene fragments,’ because they largely consist of flat sheets of carbon (which are attached to zinc atoms). That makes them easier to align during deposition, which could simplify the manufacture of molecular memories. Graphic: Christine Daniloff/MIT

An international team of researchers demonstrates the possibility of molecular memory near room temperature.

Moore’s law — the well-known doubling of computer chips’ computational power every 18 months or so — has been paced by a similarly steady increase in the storage capacity of disk drives. In 1980, a hard drive could store about a half-megabyte of data in a square inch of disk space; now, manufacturers are closing in on a million megabytes of data per square inch.

An experimental technology called molecular memory, which would store data in individual molecules, promises another 1,000-fold increase in storage density. But previous schemes for molecular memory have relied on physical systems cooled to near absolute zero. In the Jan. 23 online edition of Nature, an international team of researchers led by Jagadeesh Moodera, a senior research scientist in the MIT Department of Physics and at MIT’s Francis Bitter Magnet Laboratory, describes a new molecular-memory scheme that works at around the freezing point of water — which in physics parlance counts as “room temperature.”

Moreover, where previous schemes required sandwiching the storage molecules between two ferromagnetic electrodes, the new scheme would require only one ferromagnetic electrode. That could greatly simplify manufacture, as could the shape of the storage molecules themselves: because they consist of flat sheets of carbon atoms attached to zinc atoms, they can be deposited in very thin layers with very precise arrangements.

Researchers at MIT have discovered a new state of matter with a new kind of magnetism. This new state, called a quantum spin liquid (QSL), could lead to significant advances in data storage. QSLs also exhibit a quantum phenomenon called long-range entanglement, which could lead to new types of communications systems, and more.

Read moreMIT Discovers A New State Of Matter, A New Kind Of Magnetism