One of the great mysteries of modern physics is why antimatter did not destroy the universe at the beginning of time.

To explain it, physicists suppose there must be some difference between matter and antimatter – apart from electric charge. Whatever that difference is, it’s not in their magnetism, it seems.

Physicists at CERN in Switzerland have made the most precise measurement ever of the magnetic moment of an anti-proton – a number that measures how a particle reacts to magnetic force – and found it to be exactly the same as that of the proton but with opposite sign. The work is described in Nature. 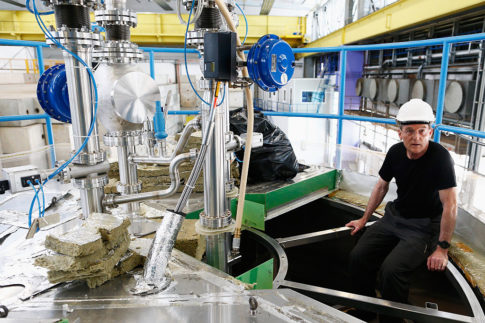 The European Organization for Nuclear Research, or CERN, has been studying for decades to unlock the mystery of antimatter. Just recently, they made a breakthrough, but some religious groups are not happy, saying CERN has created a “hell on earth”.

Scientists believe that the Big Bang produced equal amounts of matter and antimatter. They cancel each other out until only a relatively small amount of matter remained and antimatter vanished.

Timelapse video of CAST following the Sun in the morning and in the evening. Video credit: Madalin-Mihai Rosu/CERN

– Exotic particles as the Sun aligns with the center of the Milky Way:

As the Sun made an annual alignment with the black hole at the center of the Milky Way galaxy on December 18, 2016, the scientists at CERN carried out the first of a kind experiment to measure hypothetical exotic particles possibly emitted by the black hole.

The research team utilized the CERN Axion Solar Telescope’s (CAST) prototype dipole magnet to measure the axions and chameleons which may be emitted from the center of the black hole. This is the first of a kind experiment, as there was no previous attempt at measuring the particles, until now. 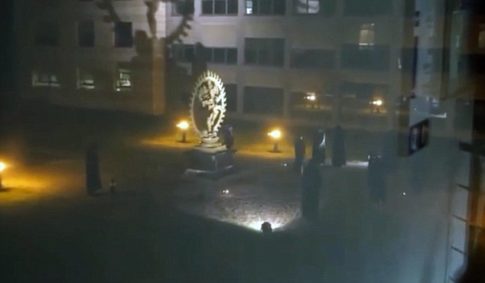 The European Organization for Nuclear Research (CERN) has launched an investigation into a video filmed at night on its Geneva campus depicting a mock ritual human sacrifice, a spokeswoman said Wednesday.

The bizarre video which has circulated online for days shows several individuals in black cloaks gathering in a main square at Europe’s top physics lab, in what appears to be a re-enactment of an occult ceremony.

The video includes the staged ‘stabbing’ of a woman.

These scenes were filmed on our premises, but without official permission or knowledge,’ a CERN spokeswoman told AFP in an email.

‘CERN does not condone this type of spoof, which can give rise to misunderstandings about the scientific nature of our work,’ she added.

The ‘investigation’ under way was an ‘internal matter’, she said.

The global elite are now in the process of unveiling that which they have been hiding for centuries. There is a spiritual war taking place on planet earth at this very moment. Look no further than the Goothard Tunnel opening ceremony on June 1st in Switzerland. The nearly $9 million dollar occult riddled ritual featured Baphomet copulating with human women, the bride of satan giving birth, all seeing eyes and an endless amount of other Satanic symbology. Meanwhile over at CERN’s Large Hadron Collider project in the same country we see Shiva the God of Destruction standing proudly in front of CERN’s headquarters. And the CERN movie ‘Symmetry’ makes their aims perfectly clear, they are actively trying to break the barrier between that which is seen and unseen. Again, the elite seem Hell bent on ushering in their NWO Beast system and at this point they have stopped hiding it. Would it really surprise any of you who understand this information if you were to find out the Darwin’s theories on the Origins of Species are also nothing more than lies based on deplorably bad “science” in order to get the world’s population to dismiss the notion of a Creator altogether? If the elite could get the whole world to believe this beautiful planet and all who inhabit are nothing more than a random accident, they could get humanity to lower its spiritual shields thereby making it far easier to usher in the global system they seek, helmed by the one they secretly serve, Satan. Spiritual warfare on planet earth is alive and well – and you have been lied to. Author James Perloff joins me to deconstruct Darwin. and share proof that God is real.. 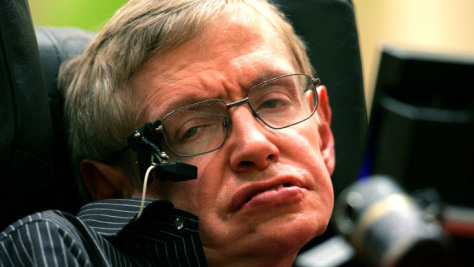 – Climate Change Not On Stephen Hawking List of Warnings to Mankind:

What Does Hawking See As Most Dangerous to Mankind?

The genius of Stephen Hawking shines through when climate change fails to make his list of warnings to mankind.

Submitted by Jake Anderson via TheAntiMedia.org,

CERN of all places!

– The Mystery Of September 23: Why Does 9/23 Keep Popping Up All Over the Place?

– Will The Large Hadron Collider Open Up A Portal To Another Dimension? 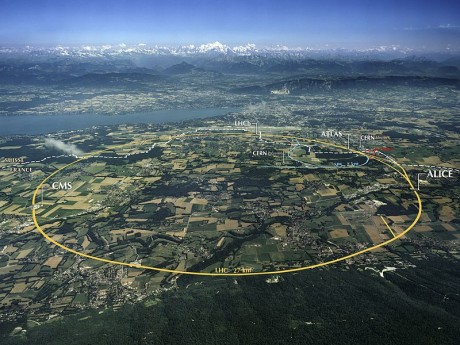 Read moreWill The Large Hadron Collider Open Up A Portal To Another Dimension?