Well, Nikola Tesla said over 100 years ago that Einstein was wrong.

GENEVA — The chances have risen that Einstein was wrong about a fundamental law of the universe.

Scientists at the world’s biggest physics lab said Friday they have ruled out one possible error that could have distorted their startling measurements that appeared to show particles traveling faster than light.

The European Organization for Nuclear Research said more precise testing has now confirmed the accuracy of at least one part of the experiment.

“One key test was to repeat the measurement with very short beam pulses,” the Geneva-based organization, known by its French acronym CERN, said in a statement.r

The test allowed scientists to check if the starting time for the neutrinos was being measured correctly before they were fired 454 miles (730 kilometers) underground from Geneva to a lab in Italy.

The results matched those from the previous test, “ruling out one potential source of systematic error,” said CERN. 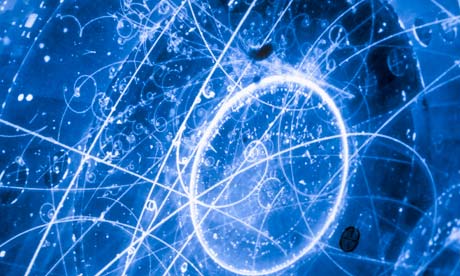 Physicists’ discovery of neutrinos that may travel faster than the speed of light raises the prospect of time-travelling particles. You’re not a tachyon, granted. But if you had the opportunity, would you go back in time?

If CERN scientists are correct in claiming they have observed particles travelling faster than the speed of light it would fundamentally change our understanding of the laws of physics, experts say.

Prof Jenny Thomas, of University College London, says the claims, if proven true, would call into question our very understanding of physics and the universe.

She said: “It would turn everything on its head. It is too awful to think about.

“The basic thing it that would be questioned is that there is an absolute speed limit which is the basis of special relativity and that is a huge building block of modern physics.

“It permeates everything to do with how we have modelled the universe and everything. It would be very hard to predict what the effects would be.”

Special relativity is integral to the understanding of particle accelerators and the creation of particle beams, which are of crucial importance in fields like medicine and engineering, she said.

It could even be that the most famous equation of all time, E=mc2, turns out to be incorrect because it is based on the law of special relativity, Prof Thomas said.

A few days ago, the physics world was turned upside down at the announcement of “faster than the speed of light”. The mighty neutrino has struck again by breaking the cosmic speed limit and traveling at a velocity 20 parts per million above light speed. To absolutely verify this occurrence, collaboration is needed from different sources and we’re here to give you the latest update.

“This result comes as a complete surprise,” said OPERA spokesperson, Antonio Ereditato of the University of Bern. “After many months of studies and cross checks we have not found any instrumental effect that could explain the result of the measurement. While OPERA researchers will continue their studies, we are also looking forward to independent measurements to fully assess the nature of this observation.”

GENEVA – An international team of scientists said on Thursday they had recorded sub-atomic particles travelling faster than light — a finding that could overturn one of Einstein’s long-accepted fundamental laws of the universe.

Antonio Ereditato, spokesman for the researchers, told Reuters that measurements taken over three years showed neutrinos pumped from CERN near Geneva to Gran Sasso in Italy had arrived 60 nanoseconds quicker than light would have done.

“We have high confidence in our results. We have checked and rechecked for anything that could have distorted our measurements but we found nothing,” he said. “We now want colleagues to check them independently.”