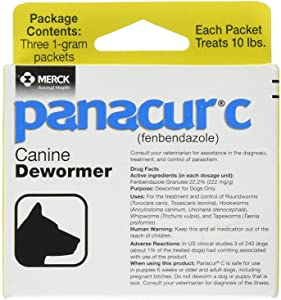 1. Fenbendazole: One Packet a Day

Fenbendazole which has 222mg of Fenbendazole per gram: one packet of powder per day for seven days a week. It can be mixed with food such as yogurt or simply taken by itself.

600 mg per day of bioavailable curcumin, which is the active agent in the herb turmeric. Curcumin may help increase healthy p53 levels, and it has been shown to be a potentially effective cancer therapy supplement.

…taken sublingually (under the tongue). The CBD oil should be high-purity level broad-spectrum. CBD has been shown to potentially modulate tumor growth.

Some people using this protocol use CBD oil while others chose to add THC. If you are considering adding THC, it is advised to use a Medical Cannabis Professional.

Vitamin E is an antioxidant that may benefit some people with cancer, as it has shown potential for helping to prevent, treat and control cancer. The next time you feel utterly beat after playing sports, try taking curcumin supplements instead of the usual pain-killers.  That’s the recommendation of a new European study conducted on injured and hurting rugby players, reported a NutraIngredients.com article.

The European Review for Medical and Pharmacological Sciences recently published the results of a pilot-study by several Italian pharmaceutical companies regarding the effectiveness of Meriva, a proprietary curcumin supplement that’s delivered through a lecithin base.

The 50 male rugby players who participated in the small study sported symptoms of osteo-muscular discomfort. Causes include chronic pain, deliberate overload during exercise and tackling – or getting tackled by – opponents during games.

– Woman, 67, who battled blood cancer for five years ‘recovers after treating it with TURMERIC’ in the first recorded case of its kind You probably know at least one person who raves about the health benefits of turmeric. This deep, orange root has been used as a panacea for everything from soothing joint pain and calming inflammation, to lowering the risk of heart disease. And our awareness of the benefits of this ancient medicinal herb continues to grow.

Turmeric is an example of a remyelinating compound, which denotes a substance with proven nerve-regenerative effects.

Remyelinating compounds work to repair the protective sheath around the nerve bundle known as myelin, an area often damaged in autoimmune and vaccine-induced disorders. Research shows that even small doses of these restorative substances can produce significant nerve regeneration.

The Western model of pharmaceutical intervention has created a culture that seeks to identify and isolate the “active ingredient” of an organic substance. What this fails to account for is that organic compounds often work in concert: isolates by themselves may lack a critical key that another plant element provides.

Curcumin is the isolated active ingredient in turmeric, however, new research shows that another element found in turmeric has magical properties of its own.

In an exciting study published in the journal Stem Cell Research & Therapy, researchers found that a little-known component within turmeric, Ar-tumerone, may make “a promising candidate to support regeneration in neurologic disease.”

The low incidence of bowel cancer in India is often attributed to natural antioxidants such as curcumin, the yellow pigment in the spice turmeric, used in curry powder. However, it is important to remember that the benefits of a diet are seldom produced by a single ingredient in that diet. For example, diets rich in beta-carotene lower the risk of tobacco-related cancers, but beta-carotene pills do not. That doesn’t stop researchers from trying, though.

Back in 2001, in a last ditch attempt to save the lives of 15 patients with advanced colorectal cancer that didn’t respond to any of the standard chemotherapy agents or radiation, researchers started them on a turmeric extract. The extract appeared to help stall the disease in a third (5 out of 15) of the patients, suggesting that turmeric extract may clinically benefit at least some patients with advanced refractory colorectal cancer. ?If you or a loved one suffers from Alzheimer’s Disease or some other form of dementia, there is hope and healing to be found in turmeric. Based on the recent findings of three independent case studies, turmeric, whose primary active ingredient is curcumin, has the power not only to heal both the behavior and psychological symptoms associated with dementia, but also help lead to full recovery of the disease in as little as just a few months.