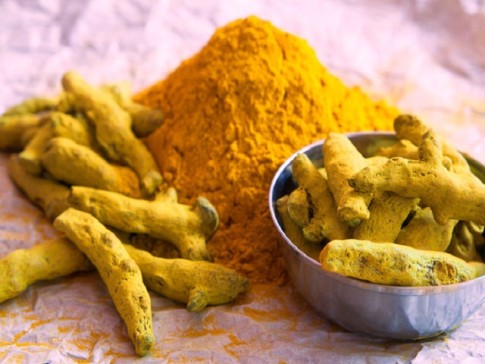 The next time you feel utterly beat after playing sports, try taking curcumin supplements instead of the usual pain-killers.  That’s the recommendation of a new European study conducted on injured and hurting rugby players, reported a NutraIngredients.com article.

The European Review for Medical and Pharmacological Sciences recently published the results of a pilot-study by several Italian pharmaceutical companies regarding the effectiveness of Meriva, a proprietary curcumin supplement that’s delivered through a lecithin base.

The 50 male rugby players who participated in the small study sported symptoms of osteo-muscular discomfort. Causes include chronic pain, deliberate overload during exercise and tackling – or getting tackled by – opponents during games.

These players were treated with either standard analgesic drugs or Meriva-based curcumin supplements. They underwent observation for a period of 20 days.

The study found out that curcumin supplements could match typical analgesics when it comes to reducing muscle soreness following intense physical activity, as well as remedy pain derived from injuries. (Related: Don’t take ibuprofen during pregnancy, especially if you’re having a boy: Research shows it suppresses testosterone and disrupts male development.)

Pain relief without gastric side effects

The supplement group took a one-gram tablet of Meriva every 12 hours for either five days or 10 days. The analgesics drugs group received medication for three, five or 10 days.

The researchers used a Visual Analog Scale to assess any changes in pain as experienced by the players. They determined the level of improvement in physical function through an arbitrary 0 to 10 scale. A score of 0 indicated complete functionality while a rating of 10 denoted total impairment.

The limited number of participants precluded the inclusion of a control group.

According to the study, both groups reported positive improvements during the monitoring period. Players reported decreased pain and increased physical capability during treatment. The results for the curcumin supplement group matched those from the conventional analgesics group.

However, the Meriva-treated group also enjoyed higher tolerance levels for the supplement. Only four percent of them experienced any adverse effects in the form of gastric pain.

Meanwhile, 16 percent of the group that received standard analgesics suffered those same gastric pains, which is a common side effect of taking pain relief medicine.

According to Antonella Riva, the Product Research Manager at Indena, osteo-muscular conditions often stem from intense, high-impact, physical activities such as the sport of rugby.

A product of Italian pharmaceutical company Indena SpA., Meriva is a curcumin extract bound to a phosphatidylcholine. The use of a lecithin-based emulsifier increases the absorption rate of curcumin extract compared to the speed at which the body absorbs naturally-occurring curcumin found in turmeric.

“Meriva, even when administered at higher dosages, has been determined to be a safe and tolerable agent that could avoid the common gastric side effects associated with the use of many anti-inflammatory remedies that are the best standard management,” claimed Riva.

Study leader Francesco Di Pierro, a Milanese researcher from Velleja Research, reported that the lecithin-based supplement could generate its beneficial effect even if the treatment doesn’t take very long due to its faster absorption rate.

The researchers urged further and larger investigations regarding the efficacy of curcumin supplements as an alternative treatment for muscle fatigue and injury pain.

“Our results should be considered preliminary and larger trials on subjects with homogeneous osteo-muscular pain conditions and with a homogeneously-treated control group should be planned to better characterize the effects of curcumin,” said Di Pierro.

Curcumin is found in the popular spice turmeric. Extracted from the dried rhizome of the turmeric plant, it’s garnered significant scientific attention due to its anti-cancer and anti-inflammatory properties.

Did this article whet your interest in healthy supplements? Visit SupplementsReport.com for similar stories.