A single investor – thought to be a hedge fund – is sitting on thousands of tonnes of tin in warehouses across London. According to traders almost the entire stocks of tin on the London Metals Exchange (LME) was bought up by a single, mysterious investor, last week. 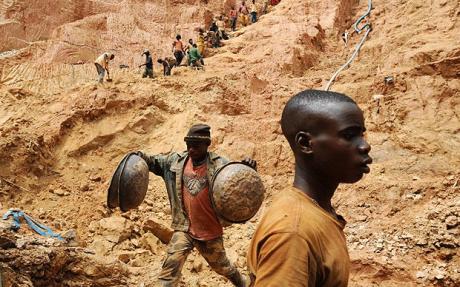 Miners digging for tin in the Democratic Republic of Congo

One fund has warrants for more than 90pc of all physical tin stocks because the market rules dictate that above this threshold, the buyer must lend out the commodity, if asked, at the cash price with no premium.

Industrial buyers are furious that they are paying up to $730 per tonne for immediate delivery more than it would cost them to buy three-month futures contracts, arguing this stranglehold on the market should not be allowed to happen.

Contango – where spot prices are lower than forward prices – is considered normal for tin because of the interest, warehouse costs and insurance incurred in carrying the metal. Backwardation – which is happening with tin today – is a sign of shortages to come.

Traders are also claiming that prices have only inflated so high – at other times plunging to extreme lows – because the dominant position has made the market illiquid and disorderly with distorted prices.

“It’s a ridiculous situation to have when there is clearly not a shortage of tin and the LME is refusing to admit that anything’s wrong,” said one metals trader.

So why would a fund take the decision to stockpile a metal when there is an enormous surplus of tin around the world?

At the moment, tin for three-month delivery is trading at above $14,000 on the LSE, a 40pc rise in prices after a 35pc drop last year.

But the mysterious buyer is clearly convinced that the commodity’s price has further to soar.

China, the world’s biggest consumer of tin, has already fired up its consumption sharply this year. The nation’s imports more than doubled to 18,222 tons in the eight months to August, according to customs data. And its purchasing managers index shows that China’s manufacturing expanded for a seventh month in a row in September.

So in a free market it is justifiable to keep some “potentially situations” secret!?!? Hmmhh.
Secret from whom?

“The main case for an exception would be if disclosure could panic investors and lead to fears for a bank’s solvency, the regulator said.” Investors in the U.K. have all the right to panic.

The City watchdog has laid out plans to allow banks to tap the Bank of England for emergency funding without informing the market, in a move which might avoid a repeat of the run on the bank which led to the collapse of Northern Rock.

Under the European Union’s market abuse directive, regulated firms have to disclose price sensitive information. However, the Financial Services Authority yesterday said there were potentially situations where banks would be allowed to keep it secret if they had applied to the Bank.

The main case for an exception would be if disclosure could panic investors and lead to fears for a bank’s solvency, the regulator said. The FSA laid out a series of proposals in a consultation document. It invited industry groups to respond by September 30. 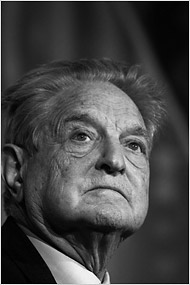 Even after cutting rates by 3 percentage points since September, expanding the range of securities it accepts as collateral for loans and giving dealers access to its discount window, the Fed has been unable to promote confidence. The difference between what the government and banks pay for three- month loans almost doubled in the past month to 1.69 percentage points.

The only tool left may be for the Fed to help facilitate a Resolution Trust Corp.-type agency that would buy bonds backed by home loans, said Bill Gross, manager of the world’s biggest bond fund at Pacific Investment Management Co. While purchasing some of the $6 trillion mortgage securities outstanding would take problem debt off the balance sheets of banks and alleviate the cause of the credit crunch, it would put taxpayers at risk.